Danger. Two Georgian athletes are taking selfies at the Tokyo Tower, a 333-meter-tall, red and white, Japanese-style Eiffel Tower that does the job ... 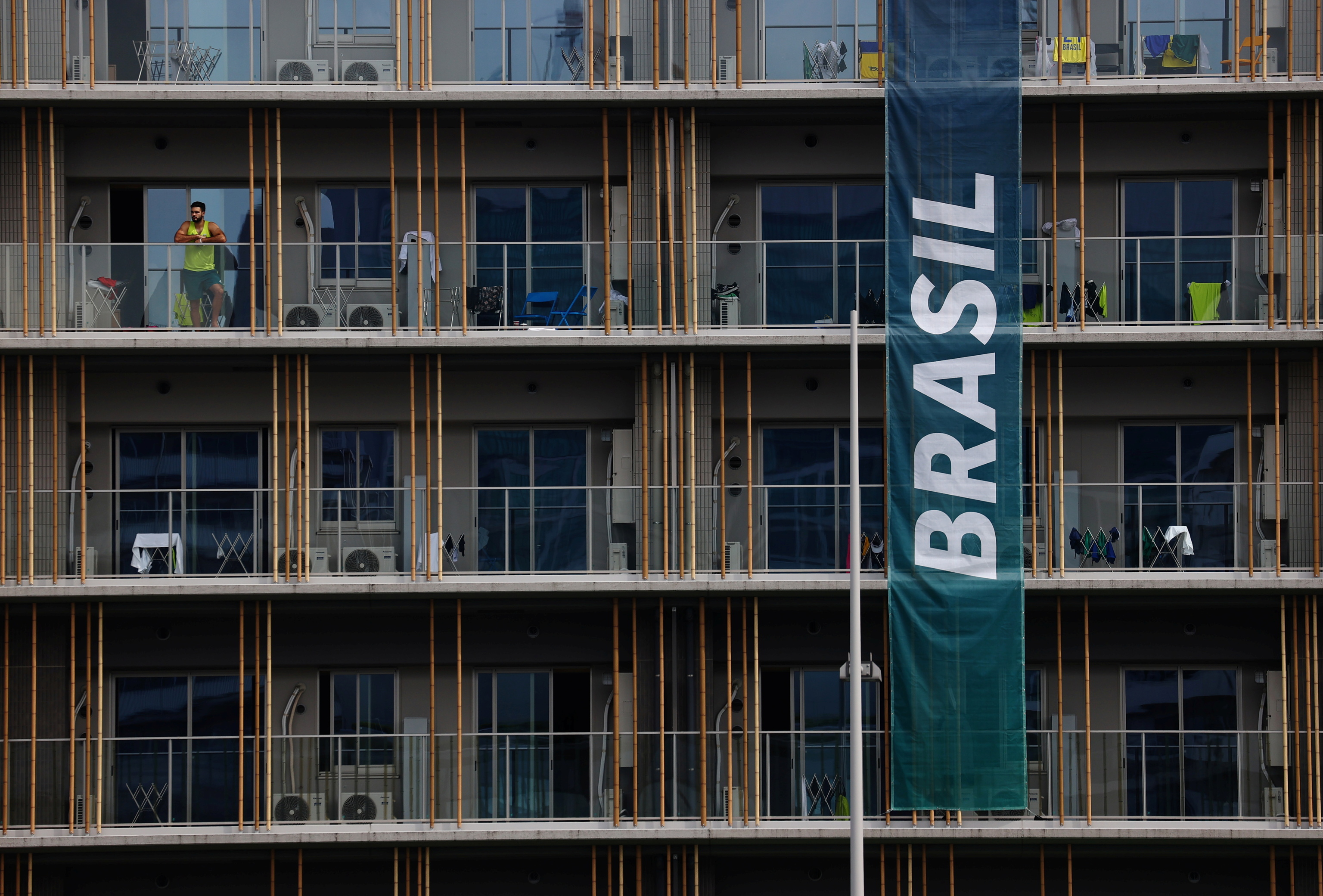 Two Georgian athletes are taking selfies at the Tokyo Tower, a 333-meter-tall red and white Japanese-style Eiffel Tower that serves as a telecommunications mast.

Luckily, on the street there is always some good sneak citizen who informs the authorities of the misdeeds of athletes who break the rules.

of the Tokyo Games

, a kind of Bible that preaches what can be done and what not: "It is forbidden for athletes to tour the city or eat in restaurants outside the Olympic Village. if you see any outside the permitted areas, notify the staff responsible for the event ".

, have been expelled from the Games and boarded a plane back to their country.

"We removed the accreditation because leaving the athletes' village for sightseeing is something that should not happen," said Tokyo 2020 spokesman

The building of the Brazilian delegation in the Olympic Village.REUTERS

"No one stopped them at the start, so they thought they could go. They just wanted to get some fresh air and relax after a hard day of competition," justified the Georgia Olympic Committee in a statement.

What they did not tell is that the organization would have citizen spies scattered around the tourist spots of the city to hunt down the rebel athletes.

This is what the Asian metropolis has become.

Tokyo is divided into two: the Olympic Bay bubble and the rest of the city that lives oblivious to what happens in its playground.

In the first one are the athletes' village and the hotels that house coaches, referees and journalists.

Together there are more than 50,000 people

, of which 80% are vaccinated and undergo coronavirus tests every day (athletes) or every three days (journalists). There is no other gated community in the world right now that goes through so many checkpoints. The positivity rate on tests related to the Games is only 0.02%. The number of positives reported around the event does not reach 200 in the first 10 days of competition.

Outside of the bubble, in the real Japanese world, which faces new extensions of states of emergency, less than three million people in a city of 14 million have been vaccinated.

But they have complete freedom of movement.

Their day-to-day life would be more or less normal if it weren't for the fact that the bars don't sell alcohol and the nightlife ends, by law, at 8:00 p.m.

Although, when push comes to shove, gambling dens stretch their closing hours as much as they can.

This is life in the most populated city in the world.

But for a short time.

There is only one week left for Tokyo to reunite.

Tokyo OlympicsNiko Shera, the reasons for an unexpected failure: "Lately I have a hard time giving the weight"

Tokyo Games Champions as precocious as musicians or mathematicians: "The adaptation of the nervous system to technique is key in childhood"