A Belarusian sprinter complained about her coaches in public and wanted to seek asylum, then she was kidnapped by her own coaches and removed from the list of participants, reports Reuters. 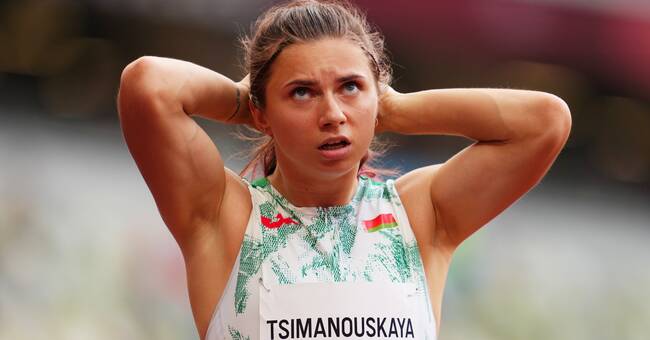 Belarussian sprinter Krystina Tsimanouskaja states that she was kidnapped by her own squad to be taken back to Belarus after she complained about the coaches on her social media.

Tsimanouskaja is said to have been taken to the airport against his will to board a plane to his home country.

However, the 200-meter runner must have sought protection from Japanese police at the airport to get away.

"I will not return to Belarus," the 24-year-old, who was also removed by the coaches from the competition program, wrote to Reuters.

The Belarusian Olympic Committee writes in a statement that it has chosen to withdraw Tsimanouskaja's participation in the Olympics on the advice of doctors based on her "emotional, mental state".

According to a source in the Belarusian Sport Solidarity Foundation, which supports imprisoned athletes and those who have been violated because of their political views, Tsimanouskaja would apply for asylum in Germany or Austria on Monday.

In a video released by the foundation, Tsimanouskaja asks the IOC to get involved in her case.

The leader of the Belarusian opposition, Svetlana Tichanovskaya, has also expressed the same wish and at the same time wants the Belarusian Olympic Committee to be investigated.

According to a spokesperson for the committee, the matter is currently being investigated.