Knowing when, how and where to be in shape is a science with a part of knowledge, of course, but also of feeling. Mentalization needs it, especially ... 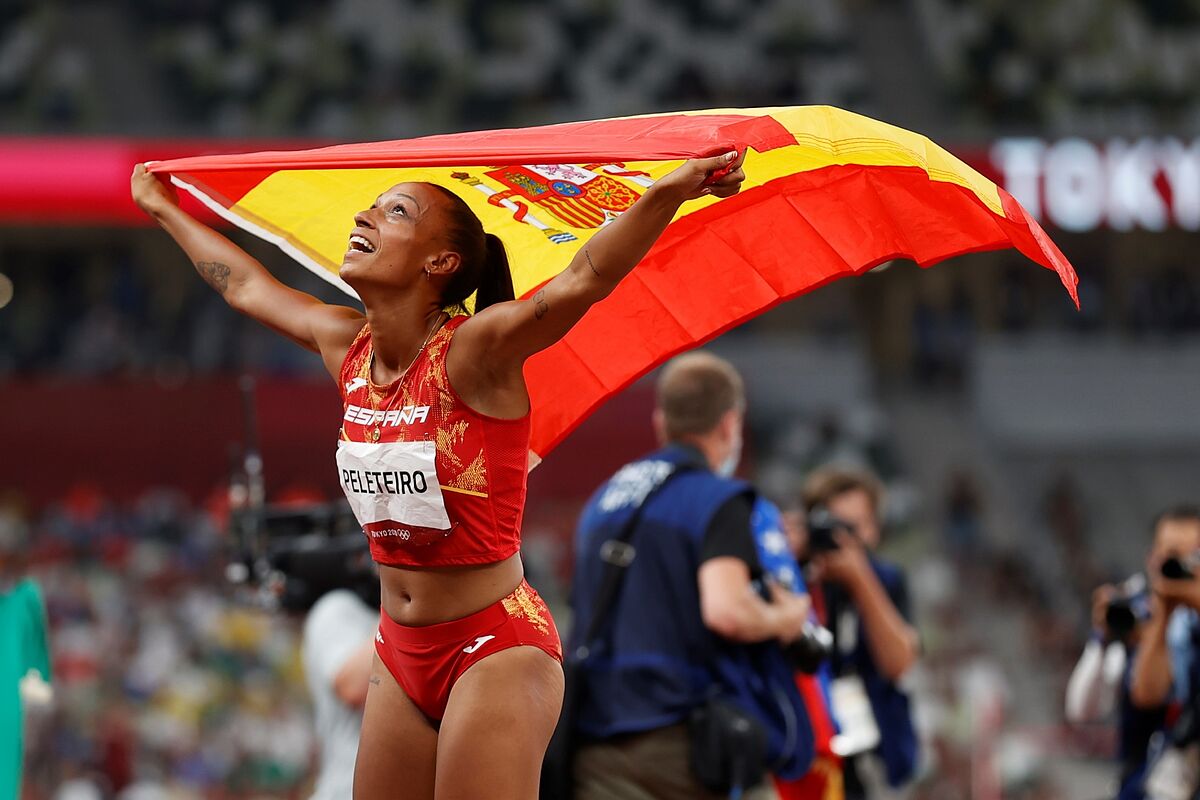 Knowing when, how and where to be in shape is a science with a part of knowledge, of course, but also of feeling. Mentalization needs it, especially in tests that are one jump, or three in one, grouped in an instant. It's like the colt, like the penalty ... Doubt is the main enemy. Ana Peleteiro, 25, does not have them. Right or wrong, but no doubt. It is like that, for sport and for life. A thunder. Hence a champion, tuned by another, Iván Pedroso, who has built the village of Asterix de los jumpers in Guadalajara, with the best ever and the best of ours on the triple pit. In Tokyo he collects a gold and a world recod (15.67), by Yulimar Rojas, a woman with infinite legs, an athlete's legs, and a bronze for a Spanish woman who, today, everything tastes like gold.

On the track I savored it as if it were crowded. A few hundred is thousands when dreaming. The Atlantic echo of Ribeira reached the heavy atmosphere of Tokyo. When the sixth attempt came, the last one, it was already known on the podium, after that 14.87, 14 centimeters above the record with which he arrived at the Games. He had not been the only one, since before, in the second attempt, he had gone to 14.77. That is why she clapped her hands, asked the assistants, other athletes, to follow her. The Covid, the damn Covid, was not going to take away his moment. It did not improve the above. It no longer mattered. At 25, he has time ahead and a lot of room for improvement, especially in his second jump. Pedroso knows it.

The Galician woman has perfectly followed the logbook of the former Cuban champion, the one that indicates that when, where and how: in the final of some Games and beyond her own limit. To reach the podium he had to overcome his absolute Spanish record twice, from 14.73 to 14.77 and 14.87, and three times, the best mark that had jumped in the open air, by improving with 14.63 the 14, 62 of the qualification. By Friday he already realized that he was ready. The Spaniard flew like never before in a final of exceptional level, the best in any Games, including a world record, in which the second, the Portuguese Patricia Mamoma, and the third, Peleteiro, each broke their national records twice. The Portuguese, who started from a personal record of 14.66, went to 14.91 and 15.01. The 15-meter club has a new member. The Spanish is far awayBut after Tokyo, nothing seems impossible.

Peleteiro started with 14.55 to go to 14.77 on the second attempt and take third position, but only for a short time. Jamaican Shanieka Ricketts snatched it from her with a fourth attempt of 14.84. The brand seemed unattainable, but it was only for those of us who were watching, not for her. The next, in the fifth, Peleteiro surpassed him by three centimeters.

The final did not end with his attempt, no. Peleteiro felt like his own the attempt of Rojas in search of the world record. She is his training partner, something that sister more than the nationalities in this sport that applauds the athlete more than the flag. There are no 'hooligans' in an athletic ring. The Venezuelan had stayed in a great first attempt of 15.41. From there to nowhere. It was an inch less than his personal best, but what he had never missed in a Games. It was not enough for him. He knew he had the record in his legs, he felt it, and he approached the last attempt as if it were the last time. The flight made Peleteiro put his hands to his head. Pedroso opened his eyes behind his mask. Rojas went to those 15.67 that improved the 15.50 of Inessa Kravets, an inheritance that dated from 1995.

While Rojas becomes the heroine of her country, unfortunately instrumentalized, Peleteiro is the third Spanish to achieve an Olympic medal in athletics, after the marcher María Vasco (bronze in Sydney) and Ruth Beitia (gold in height in Rio).

All medals shine the same but are not worth the same.

Peleteiro's arrives in the stadium and in the best final of the Games, because she knew where, when and how to be better than herself.