Ana Peleteiro, the sailor's granddaughter who did not want to be a dancer

On the Malecón de Ribeira, a large wall built on top of the promenade of this municipality on the west coast of La Coruña, they put up a giant screen to see live ... 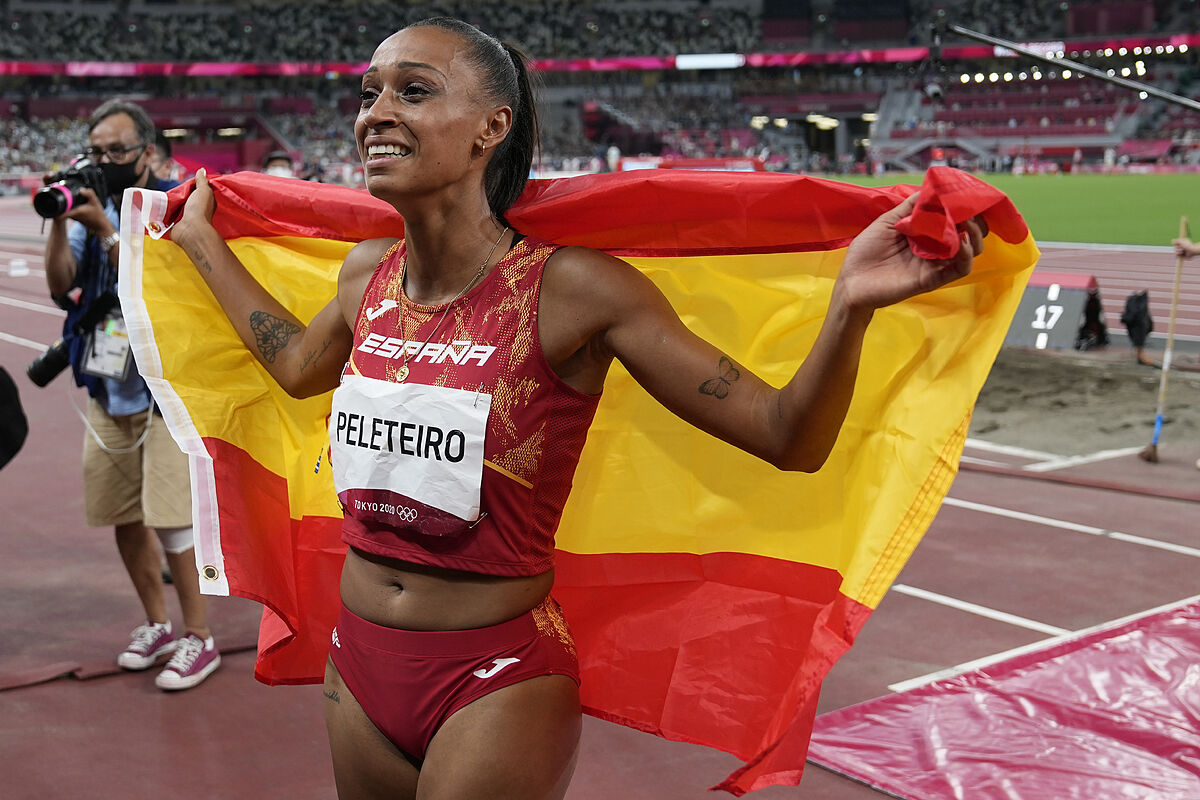 On the Malecón de Ribeira, a large wall built on top of the promenade of this municipality on the west coast of La Coruña, they put up a giant screen to see live the jumps of a young woman who was going to be a dancer, but ended up flying down the slopes Of athletics

Dozens of neighbors delayed lunch to stand in front of the screen, covered with umbrellas from the fine rain that fell, and watch their favorite daughter win an Olympic medal.

The sailor's granddaughter had done it.

The show they were seeing, the triple jump final, took place almost 11,000 kilometers away and with a time difference of seven more hours, on a Tokyo night.

The girl from Ribeira who lives in Guadalajara with two cats,

, already has a bronze medal to walk in front of her 27,000 Galician countrymen.

The triplet who loves fashion and cooks Bolognese pasta whenever she has guests at her house, has achieved a third place that few in Tokyo bet on.

(25 years old) did not pay much attention to her father when he put him in ballet classes telling him that he saw good skills on the parquet.

His future was falling into the sand.

She showed it when she was 16 years old and was proclaimed junior world champion in Barcelona.

That was just his first of many strides that have landed him on the podium at an Olympic Games.

"I KNEW THAT SOME DAY I WOULD GET IT"

A pity that the return to the Olympic Stadium in Tokyo that found the flag of Spain on its back was not seen by the 68,000 people who fit in the rebuilt temple of athletics in Japan.

the standing ovation he deserved after achieving an Olympic bronze, beating his own personal record three times.

"It has been many years, many hours of training to get here. I still can't believe what happened. It was a dream for me," the Spanish medalist released exalted.

"I can't stop crying. I knew that one day I would make it, but I didn't know if today I was going to be able to make that leap."

He did not care that there was no audience in the stadium.

She was full on the track hugging the queen of the triple jump,

, who had just broken all the records with a world record.

The gold, of course, no one doubted that he would win it.

Peleteiro and Rojas did the parade of honor together.

In addition, they share a coach and mentor, the Cuban

, who can also boast of having an Olympic gold in the long jump at the Sydney 2000 Games. Peleteiro has surrounded himself with medalists in Games in recent years.

, is an Olympic triple jump champion in Beijing 2008. And Peleteiro is the godmother of the daughter of another Spanish champion,

, who won the silver medal the same day she won bronze. .

Tokyo Olympics Mohamed Katir, the sudden Spanish midfielder phenomenon who already aspires to gold in Tokyo: he reads poetry, trains in a field and his father arrived in a boat