"I'm worried about my safety": what is known about the situation with the Belarusian athlete Timanovskaya

Belarusian runner Kristina Timanovskaya said that they tried to force her out of Tokyo after harsh words addressed to the country's sports leadership. Earlier, the athlete was removed from the races of 200 meters and the relay race 4 to 400 meters. In the NOC of Belarus, this decision was explained by her “emotional and psychological state”. She herself admitted that she was afraid to fly home. According to media reports, in the near future the sprinter intends to ask the authorities of a European country for asylum. 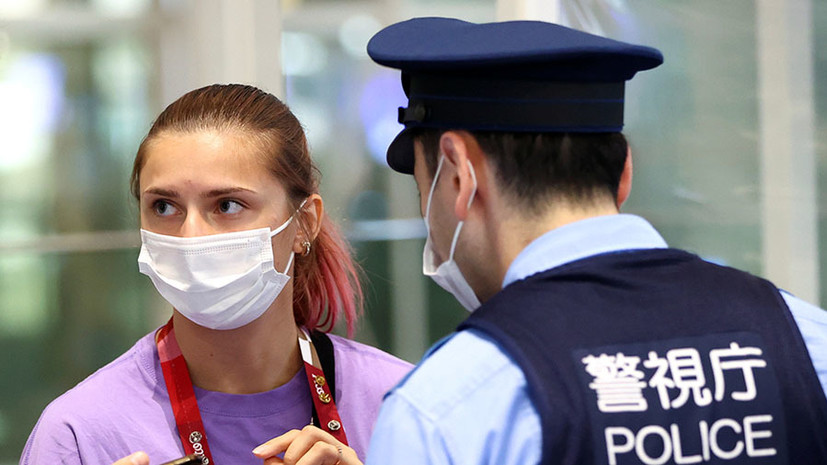 The local sports solidarity fund reported that the athlete Kristina Timanovskaya was going to be forcibly deported to Belarus.

According to the organization, the girl urgently bought a plane ticket and tried to take her with her things to the airport.

In turn, the National Olympic Committee announced that it was recalling the athlete from the 200 meter races and the 4 400 meter relay race due to her "emotional and psychological state."

Recently, the 24-year-old European Games medalist and Universiade champion expressed dissatisfaction with the fact that she would have to participate in the relay at the Olympics.

“It turns out that our leadership decided everything for us.

But why should we be responsible for these shoals?

Why should I solve these problems?

At the same time, I write to the head of the team, but he does not answer me, ”the athlete said during a live broadcast on her Instagram.

The fact is that the Independent Body for Combating Negative Phenomena (AIU) did not allow two athletes, Anna Mikhailova and Christina Mulyarchik, to participate in the Games, who were supposed to run in this relay.

As a result, Timanovskaya, who specializes exclusively in sprint distances, had to “plug the holes”.

Christina herself, already from the airport, recorded a video message, which was published on the foundation's Telegram channel.

In it, she asked the IOC to intervene in what was happening and confirmed that they were trying to take her out of the country by force.

The International Olympic Committee reacted instantly and took control of the matter.

The organization said that the runner feels safe and is accompanied everywhere by a member of the Tokyo 2020 organizing committee.

The athlete managed to achieve her goal.

According to media reports, the girl did not check-in for a Turkish Airlines flight on the Tokyo-Istanbul route, and the plane flew away without her.

According to Tokyo Sport, Timanovskaya allegedly intends to apply to the Austrian authorities for asylum in the near future.

Later, in an interview with the Tribuna portal, the Belarusian woman spoke in more detail about how and why they tried to take her out of Japan.

According to the athlete, initially she and her coach Yuri Moisevich agreed to go to the start of the 200 m qualification, and then calmly return home, but on Sunday the situation changed dramatically.

“After lunch, Artur Shumak, a representative of our national team, and Moisevich came to my room.

They told me that in just a couple of hours I should be at the airport.

I need to quickly pack and leave.

That I need to be eliminated from the Olympics, to return home, since I interfere with the national team's performance.

I need to be removed so that everyone calms down and competes further, ”the athlete explained.

The girl also admitted that after all that had happened, she was afraid to return to her homeland.

I am not afraid of being fired or kicked out of the team.

I am worried about my safety.

And I think at the moment it is not safe for me in Belarus, ”added Timanovskaya.

It is curious that her mother Natalya Nikolaevna also spoke about what happened to the athlete, who emphasized that her daughter had not “committed any crime,” and therefore she should not be afraid to return home.

In the national team, the attempt to deport Christina also caused a mixed reaction.

For example, high jumper Maxim Nedosekov, who won bronze in Tokyo, supported the decision of the NOC to remove the athlete.

She behaves arrogantly towards the team and leadership.

I think they did the right thing with her.

She speaks a lot, but you also have to be responsible for your words, "- quotes the athlete" Pressball ".

Timanovskaya herself in Tokyo managed to perform only in qualifying at the hundred-meter distance. In her race, she finished fourth with a score of 11.47 seconds and missed the semifinals. The main achievements of Christina in her career came in 2019. Then she took silver at the European home games at 100 m and gold at the Universiade at 200 m.