French athletes brought home three new medals this night and early this morning of the Tokyo Olympics. Charline Picon and Thomas Goyard took silver in windsurfing, while the mixed triathlon team took bronze. The Bleues of rugby sevens won the silver. The judokas and the sabers provided a charm. 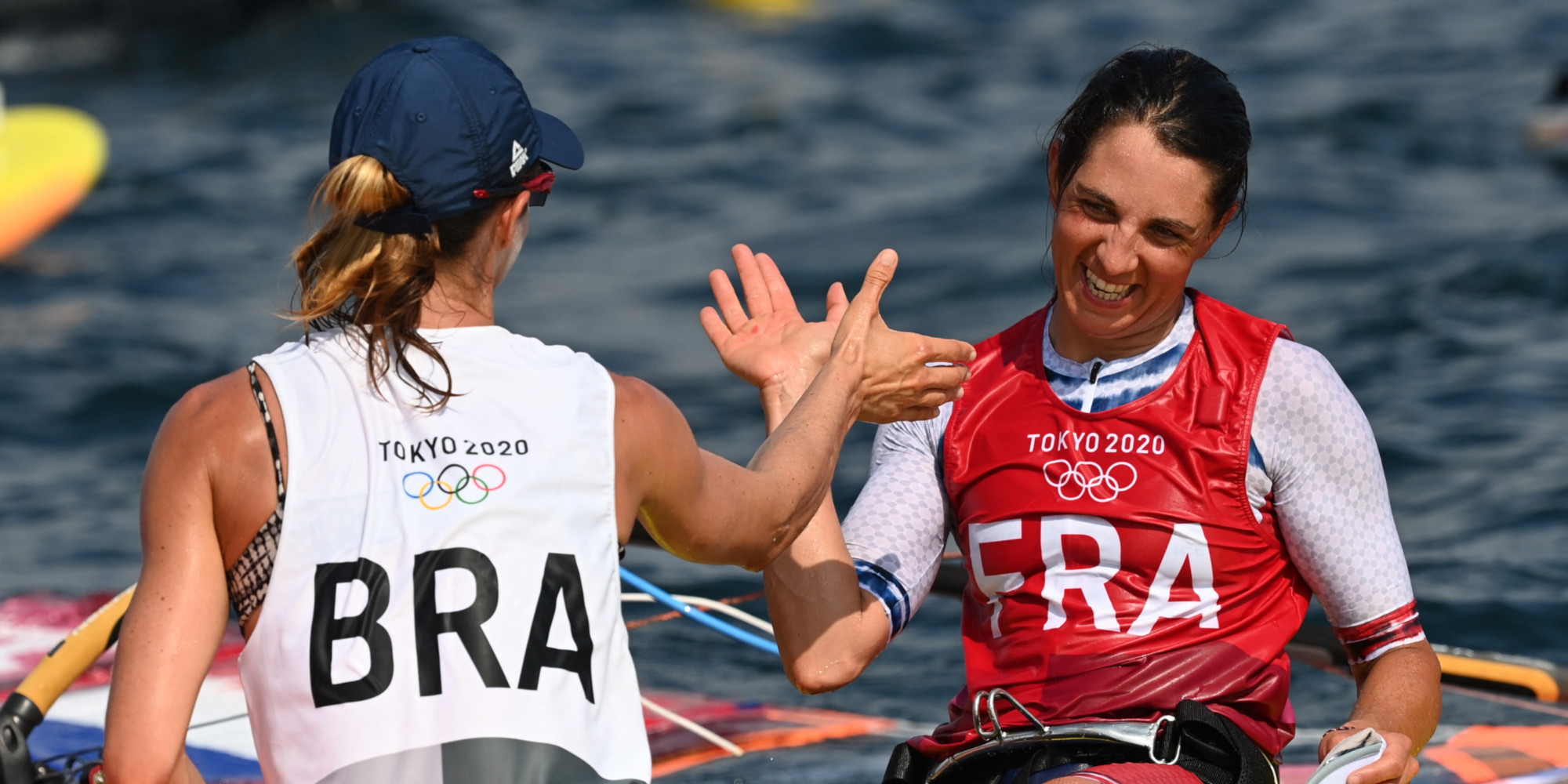 The Bleues of rugby sevens won the silver.

The judokas and the sabers provided a charm.

Finally some good news in shambles on the side of the Blues at the Tokyo Olympics! Windsurfers Charline Picon and Thomas Goyard brought home two silver medals for the French team. Very early on, the French mixed triathlon relay took bronze behind Great Britain and the United States. Also, new charms were provided in the tricolor ranks with finals that will be disputed this morning. The mixed judo team led by Teddy Riner and Clarisse Agbegnenou reached the final on Saturday and will face Japan at the end of the morning. Same good result for the women's rugby sevens who took the silver after their defeat in the final against New Zealand.

The only big disappointment for the Blues comes from the early elimination of Mélina Robert-Michon, who failed to qualify for the discus throw final for her sixth Olympic Games, at 41 years old.

In addition, the American gymnast Simone Biles has once again withdrawn from the vault and barre competition.

The gymnastics star is having a nightmarish Olympic edition in Tokyo.

Here are the main results of the night.

The medals fell last night and early this morning for the French Olympic team.

Windsurfers Charline Picon and Thomas Goyard each won silver in their discipline, within minutes of each other.

It was first the Rochelaise, reigning Olympic champion, who seized a new charm.

Charline Picon won in the final regatta but did not manage to make up for her slight delay over her main rival, the Chinese Lu Yunxiu, first in the general classification.

Despite her victory at the Medal Race, the third place of the Chinese Yunxiu LU did not allow her to win gold.

Soon after, Thomas Goyard imitated his compatriot's performance by winning the silver medal in the men's table.

Behind the untouchable Dutch Kiran Badloe, the Martinican managed to consolidate his second place ahead of the Chinese Bi Kun.

A superb result for the 29-year-old Frenchman who was playing his first Olympic Games this summer.

The France team is sure to bring back more medals from Tokyo on Saturday.

The French judokas are in the final of the first mixed event in the history of the Games after their landslide victory in the semi-finals against the Netherlands (4-0).

Led by Teddy Riner and Clarisse Agbegnenou, the French team can pocket the gold medal if they win against Japan in the final, at 11:30 am French time.

The Blues join Japan in the final!

The French team won 4 fights to 0 against the Netherlands thanks to Guillaume Chaine, Clarisse Agbegnenou, Axel Clerget and Roman Dicko # Tokyo2020 # JeuxOlympiques

The Bleues of rugby sevens also climbed to the final of their discipline by defeating Great Britain in the semi-finals (26-19).

The women played their final against the New Zealanders and have just taken the silver after their defeat (26-12).

Finally, the French sabers saved a new medal for the French delegation by winning in the semi-finals against Italy (45-39) and will play for gold at 12:30 pm, against the Russian Olympic Committee.

Track and field made its debut at the Olympics with the first qualifying for the finals.

The pole vaulter Renaud Lavillenie will be the only Habs competing on Tuesday after having passed the 5.75 meters.

Pierre-Ambroise was drafted at the last minute on the 800 meters and will be able to take the start of the semi-finals.

- Tokyo Olympics: what can France hope for in athletics?

On the other hand, it's already over for Mélina Robert-Michon, silver medalist in Rio in 2016 in the discus throw but who failed to qualify for the final despite a throw from 60.88 meters.

The 41-year-old athlete makes an appointment for the Paris Games in 2024.

With a better discus throw at 60.88 m, Mélina Robert-Michon is on a waiver for qualification in the final.

We will have to wait for the results of the second group ... # Tokyo2020 # JeuxOlympiques

While France still has no medals in swimming, its star Florent Manaudou meets expectations with the second time in the semi-finals in the 50-meter freestyle, in 21.53. The Frenchman just behind the impressive American Caeleb Dressel who had become a short time before Olympic champion in the 100 meters butterfly with the world record in the key.

Florent Manaudou, gold medalist over the distance in 2012 and silver in 2016, set his best time since his return to the pools, after a break in handball, and is the main challenger to the American swimmer.

Florent Manaudou is in good shape.

The French qualified for the 50m final by winning his half and setting his fastest time.

The 2012 Olympic champion is ready for a new medal.

On the American side, gymnastics star Simone Biles decidedly from the nightmarish Olympics in Japan.

Quadruple gold medalist in Rio in 2016, the gymnastics star withdrew once again for the vault and uneven bars finals which take place on Sunday.

Simone Biles had already created a stir last Tuesday by retiring during the team competition after a jump below his expectations.

She then explained that she needed to maintain her sanity and that she had less confidence in herself than before.

No medal for Novak Djokovic

The last sensation of the morning comes from the tennis courts with the star Novak Djokovic, world number one, who will not win a medal at the Tokyo Olympics. After his disillusionment in the semi-finals against the 5th world player Alexander Zverev, the Serbian lost again in the small final, as in London in 2012, this time facing the Spaniard Pablo Carreno Busta, 11th in the ATP, which gleans its first Olympic medal (6-4, 6-7 [6], 6-3).