First Olympic participation for long jumper Thobias Montler. Then he struck with 8.01 in the last jump and qualified for the final. - It was really nervous, says Montler in Discovery +. 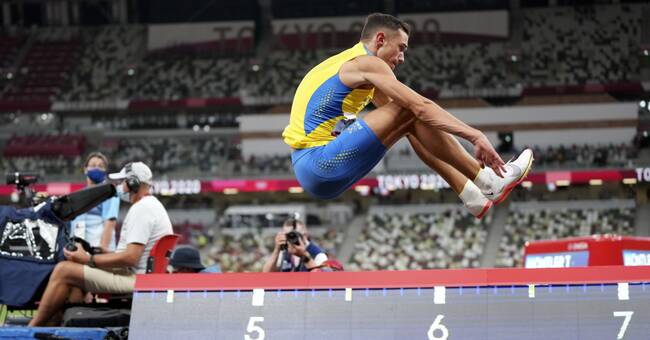 Thobias Montler entered the Olympics in the best possible way.

In the last two Diamond League galas, the 25-year-old really topped the form and beat his personal best twice, when 8.23 ​​was followed by 8.27 in the genre rope.

Now Montler is also ready for the long jump final in his first Olympics.

But it was only in the last attempt that the Swede solved a final place.

After 7.82, followed by a red flag, Thobias Montler jumped 8.01 in the third attempt and thus became one of the top twelve in the qualifiers.

- After the first jump I was a little unsure, I did not feel really at home.

But after the second jump, I felt that it should be calm as long as I do not trample, says Montler in Discovery +.

The world champion twisted his knee

One who impressed in the qualifier was Juan Miguel Echevarria.

The Cuban started the Olympic qualifier with a full 8.50 in the first jump, which meant the year's best for the Cuban.

The 22-year-old's jump was also the longest in the qualifiers.

The Jamaican twisted his knee in the first jump and grinned badly, but chose - despite the injury - to continue jumping.

In the third and final jump, a lame Gayle, with a wounded knee, struck with 8.14 and thus passed the qualifying limit by four centimeters.

Immediately after the jump, he collapsed and received medical attention again.

Clip: See when Thobias Montler qualifies for the Olympic final

Tajay Gayle to the final, despite the injury.