Swedish handball star: "We do not take on"

Three narrow wins and a tough loss against a strong Egypt. Lucas Pellas, yesterday's exclamation mark, thinks, unlike the critics, that Sweden has done well. - Nobody knows what we are talking about and here inside our doors, he says to SVT Sport. 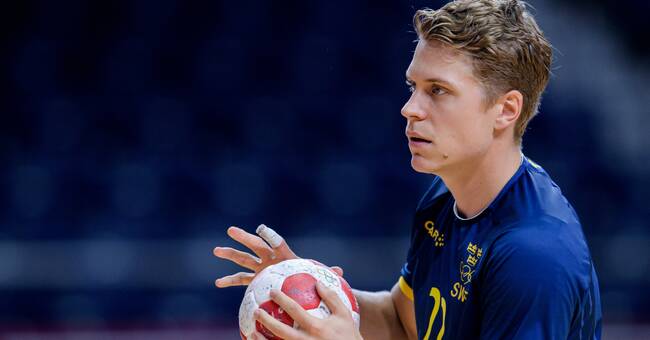 The day after the loss against Egypt (22-27) and parts of the Swedish men's national team will be on their way to support the handball ladies in their group game match against Brazil.

Yesterday's Swedish cog, Lucas Pellas, has had time to take down the defeat.

- It is clear that it is frustrating, but I think we played well.

We come to many good positions and their goalkeeper does it well, I also think we do him too well.

It is unfortunately where we fall and it is we ourselves who lose this match, says Pellas to SVT Sport.

He believes that the team in general plays good handball and admits that he trusts the match plan fully, despite the achievements being criticized.

- We know what we are capable of and we have shown it before.

During Glenn we have had 22 or 23 games and have lost two of them.

We know what we stand for and we will continue to trust each other.

Just because we lose a match at the Olympics, we will not change anything ..

And he responds to the negative statements.

- Nobody knows what we're talking about and here inside our doors.

It is the media and people who should have something to criticize who do it.

We do not address.

He does not think that you should pull too big gears of the match against Egypt.

The national team has beaten good teams before, he says.

- We can beat all teams.

It's an Olympics, there are no bad teams.

These are the top twelve teams here.

"It's the best national team in the world"

Pellas, who scored seven goals, is happy with his own effort.

- It was nice to be one hundred percent and set my positions and to prove that I am to be reckoned with.

Now the next opponent is waiting: Denmark.

- It is the world's best national team.

We met them in a tight training match where we and they walked around a lot of people.

That match we felt we controlled in large parts.

If we have a little more cold and get holes in them, we have great chances of winning.

The left six highlight the world championship earlier this year as proof of what Sweden is capable of doing.

- If you look back seven or eight months, we played a World Cup final and that says a lot about what we can achieve.

Whoever we face in a quarter-final, we have an underdog stamp, but we go to win.

The match against Denmark will be played tomorrow, 09.15.