Sjöström ready for the final of 50 meters freestyle

Sarah Sjöström is on to the final of the 50 meter freestyle. This after coming second in the semifinals on 24.13. - I will not let anything stop me, says Sjöström after the race. 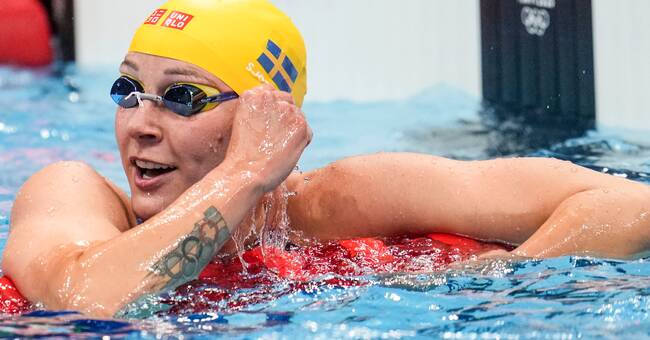 Sarah Sjöström was good throughout the race.

She looked long to win her semifinal in the 50 meter freestyle, but in the end it was the Danish Pernille Blume who got into the tile first.

The victory time was 24.08, five hundredths before Sjöström who finished in 24.13.

"Should not let anything stop me"

- I am really pleased.

It was something I had hoped to do, says Sjöström to TT.

Sjöström had the feeling that she was winning the heat.

- The whole race felt good, but the moment I lose the most is above all the finish line.

It feels like I'm leading, but then I still come second in the heat.

I will not let anything stop me, but I think it has something to do with the elbow, I am a little scared when I go to the finish that I will hit my hand too hard in the wall, Sjöström continued.

Sjöström's 24.13 was the third fastest time in the semifinals, and her fastest since the elbow injury.

Sjöström has fought a battle against the clock towards the Olympics after injuring her elbow when she slipped on a patch of ice in Stockholm.

Despite the anything but optimal recharging, she finished fifth, 16 hundredths of a medal, in the 100 meters freestyle the other day.

In the parade branch 100 meters butterfly, it was a seventh place.

The final of 50 meters freestyle will be swum on Sunday 03.37 Swedish time.