Comprehensive news of the Tokyo Olympics: Men's weightlifting achieves the first half of China's ranking 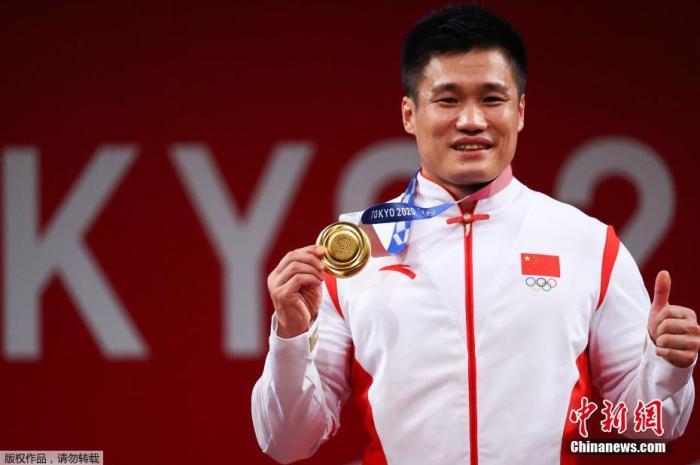 The defending champion Chinese women's volleyball team exited early in the group stage, which became the biggest regret of the Chinese Legion in the first half.

This is the 21st gold medal of the Chinese delegation in this Olympic Games.

Two gold medals were awarded on the day of sailing windsurfing.

In the women's windsurfing RS: X-level competition, World Championship champion Lu Yunxiu finished third in the medal round, and finally won the second gold medal in the Chinese windsurfing event with a net score of 36 points.

If Lu Yunxiu won the championship is expected, Bi Kun won the men's windsurfing RS: X grade bronze medal is a surprise, this is also the Chinese team's first Olympic medal in the event.

At the Paris Olympics, the windsurfing RS:X class will be replaced by hydrofoil windsurfing. The Chinese team achieved a perfect curtain call for the event with one gold and one bronze.

Although the Chinese women's volleyball team has determined that they will not qualify for the group before the start of the game, the girls still do not give up the competition for every ball, and eventually win the opponent and usher in the first victory of the Tokyo Olympics!

The three-game losing streak of the Chinese women's volleyball team ushered in their first victory at the Olympic Games on the evening of the 31st, defeating the Italian team 3:0.

But this victory came too late.

This is also the first time that the Chinese women's volleyball team was excluded from the quarterfinals in the Olympics.

However, in the current Olympic Games, only the men's doubles in the five individual events of Guoyu failed to get the full quota, and only Li Junhui/Liu Yuchen was the "single seedling".

Now, it is gratifying that the "Single Seed" can "live" in the finals.

They will compete with the Indonesian combination Polly/Rahayu for the championship.

In the men's singles arena, Chen Long and Shi Yuqi were happy and worried.

As the defending champion of the event, Chen Long defeated Chinese Taipei player Zhou Tiancheng 2-1 and will face Indonesian star Jin Ting in the semifinals.

On July 31, Beijing time, in the men's trampoline final of the Tokyo Olympics, Dong Dong, the "four dynasty veteran" of the Chinese Olympics, won the runner-up with 61.235 points.

The picture shows Dong Dong in the game.

In the swimming arena on the 31st, men and women competing for gold in the same pool became the biggest highlight. In the mixed 4×100m medley relay that was added for the first time in this Olympic Games, the Chinese team composed of Xu Jiayu, Yan Zibei, Zhang Yufei, and Yang Junxuan, with The time of 3:38.86 won the silver medal, and the British team won the championship in this event.

It is worth mentioning that the Chinese "Feiyu" Zhang Yufei, who has won two gold medals, played in the third bar, adding another medal to her first Olympic journey.

The men's trampoline competition, which has been highly anticipated by Chinese audiences, left a little regret.

Although missed to be crowned again, Dong Dong, who participated in the Olympics for the fourth time, also won his fourth Olympic medal.

He said after the game that this was his last Olympic Games and he described his athlete career as "consummation".

The first shot of the track and field trapeze war was fired on the 31st.

In the preliminaries, Chinese star Su Bingtian entered the semifinals with 10.05 seconds.

He said after the game that he didn't exhaust his full strength in the game, he said that this game is mainly to try the feeling.

In the women's 800-meter semi-finals that day, 26-year-old Anhui girl Wang Chunyu advanced with a personal best of 1:59.14. This was the first time a Chinese athlete entered the Olympic women's 800-meter final.