For her, a Cordovan from Baena and a nurse by profession, it is her third participation in the Olympic Games. For him, triple world champion, a native of Belvís de la Jara, ... 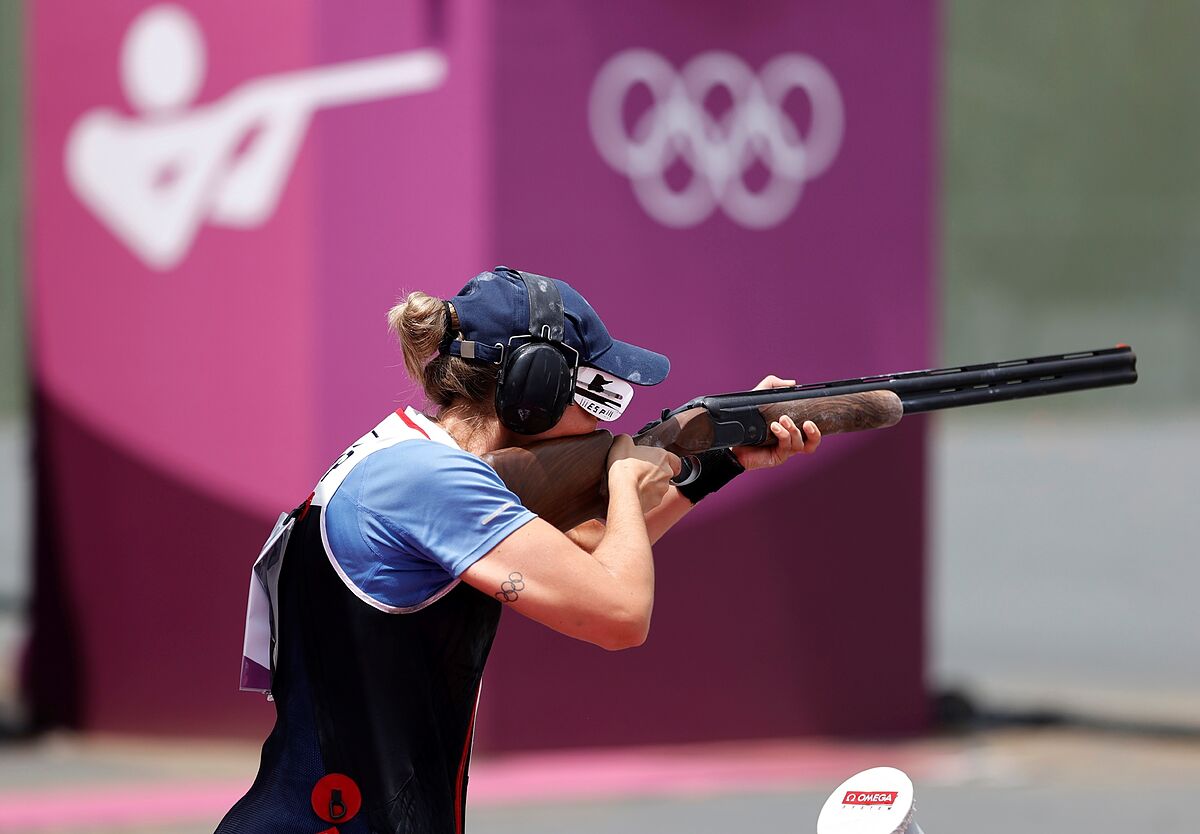 For her, a Cordovan from Baena and a nurse by profession, it is her third participation in the Olympic Games.

For him, triple world champion, a native of Belvís de la Jara, a town of 1,000 inhabitants in Toledo, are his fourth Games.

Experience is always a plus to pull the trigger.

were in all the medal pools.

And they didn't fail on a cloudy day in Tokyo.

At the Asaka shooting range, 35 kilometers from the Olympic Village, the Spanish mixed trap couple (Olympic pit) has achieved a pass to the final thanks to a first place in the qualifying, which

ensures at least the medal silver.

After the first of the three rounds, Spain was third in the standings with 49 hits from 50 shots, with a single failure from Fátima Gálvez.

But with a full in the second goal, the Spanish couple would put first.

In the third round, with 50 targets ahead and 99 points, they could even allow a failure to contest the final.

Two failed, but they ended up co-leading the classification with 148 points with the same points as the San Marino couple, represented by shooters

Against them they will face in the fight for the Olympic gold.

In their joint record, Gálvez and Fernández have already climbed to the top of the podium in the mixed team competition of the Cyprus World Cup in 2017.

Alberto, who lives in the municipality of Illescas (Toledo),

was the first Spaniard to qualify for the Tokyo Olympics.

Fátima, for her part, was an Olympic diploma in London 2012 and Rio 2016. Always touching a medal that she will finally be able to take to Baena, a municipality of Córdoba of 19,000 inhabitants.

According to the writers

in the book Huertas in the book 341 Historias de Grandeza, the Cordoba shooter, the youngest of four sisters, began her shooting practice at the age of nine thanks to her love of hunting his father Pío Luis.

A nurse by profession,

Gálvez is now studying a degree in Psychology.

The Olympic berth in Tokyo secured it in June 2019, with gold at the Minsk European Games.

Tokyo Olympic GamesInterview with Alba Torrens: "Locked up in the room for 14 days, I have lived very beautiful moments"