The Egyptian Olympic team player, Ramadan Sobhi, disappointed the hopes that were pinned on him in the Brazil match in the quarter-finals of the football competitions today, in the Tokyo Olympics, which the (Pharaohs) lost, with one goal without a response in the match that brought them together at Saitama Stadium in 2002. 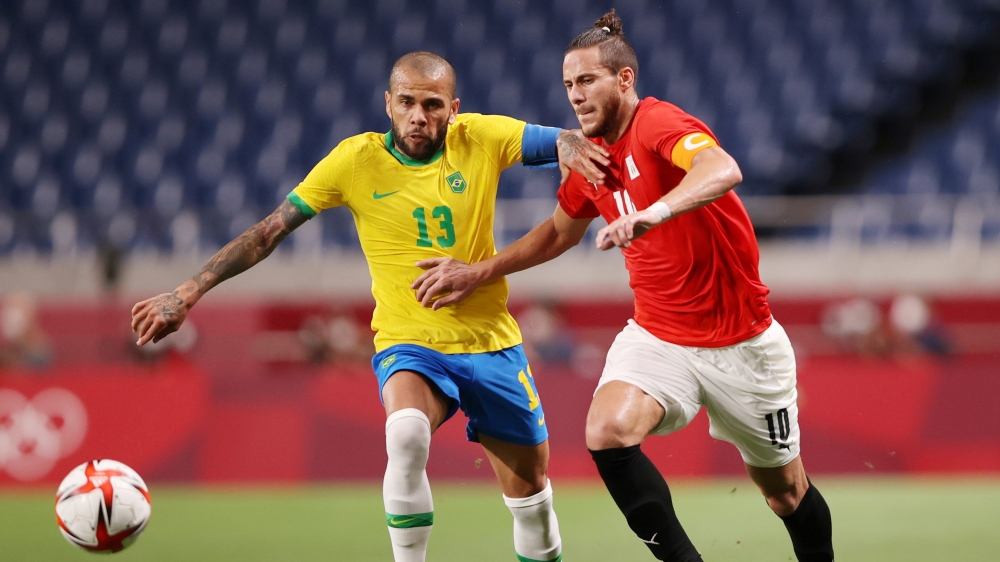 The Egyptian Olympic team player, Ramadan Sobhi, disappointed the hopes that were placed on him in the Brazil match in the quarter-finals of the football competitions today, in the Tokyo Olympics, which the (Pharaohs) lost, 1-0, in the match that brought them together at Saitama Stadium in 2002. Ramadan Sobhi presents the hoped-for level after he was one of the reasons why Egypt qualified for the second round of the Olympics, but its numbers against Brazil were weak throughout the 90 minutes. Sobhi is considered one of the "angered" former Al-Ahly stars after he refused to continue with his team and moved to the Egyptian Pyramids team.

Sobhi managed to receive the ball only 27 times, of which 22 were correct passes, with a rate of only 81%.

He tried to threaten Brazil's goal only once without posing any clear danger to Brazil's goal, while he did not have any successful interventions throughout the match.

Ramadan Sobhi confirmed that he tried to do everything for the Egyptian team in the Brazil match, but the pressure conditions of the matches negatively affected my performance and the performance of the rest of the players in that match. He said in a press statement after the match: "The Egyptian team presented a good tournament and all the players gave their best and we hoped to continue the journey beyond that, but the circumstances were against us."

The Pharaohs team, in general, did not offer anything to intercede for it to overcome this obstacle from the Olympics, after it presented a modest performance in which its players were not at their best levels, with the exception of goalkeeper Mohamed El-Shennawy, who was one of the reasons for the result to stop at one goal after addressing many dangerous opportunities on his goal.

The numbers showed a clear preference and a big difference in level between the two teams, as the percentage of Brazil's possession was 64%, compared to 36% for the Egyptian team, and the samba stars threatened Mohamed El-Shennawy's goal in 12 attempts, compared to only four attempts for the Arab team.

And imposed the same reality at the beginning of the match, which dominated the Seleção in the course of the game, amid a clear retreat from the players of the Egyptian team, who defended their goal valiantly to prevent receiving any early goal.

Before the end of the first half, Brazil managed to realize the progress through "Kona", who took advantage of a line from the midfield duo Ammar Hamdi and Akram Tawfik in the coverage so that the Seleção striker could ably place it to the right of "Al-Shennawy".

And the Pharaohs did not have any positive reaction in the second half, which continued to be dangerous for the samba, which missed the opportunity to enhance the result from one-on-one to player Anthony, who was saved by Mohamed El-Shennawy.

The goalkeeper of the Egyptian national team returned to shine again to tackle more than one individual after the Brazilian players succeeded in knowing how to strike the Pharaohs’ defense through the longitudinal balls between the trio Osama Galal, Ahmed Hegazy and Mahmoud Al-Wansh. Middle Douglas.