Double reigning Olympic champion in the over 100 kilos, Teddy Riner will not achieve the pass of three. The Frenchman was beaten in the quarter-finals in Tokyo by Russian Tamerlan Bashaev. 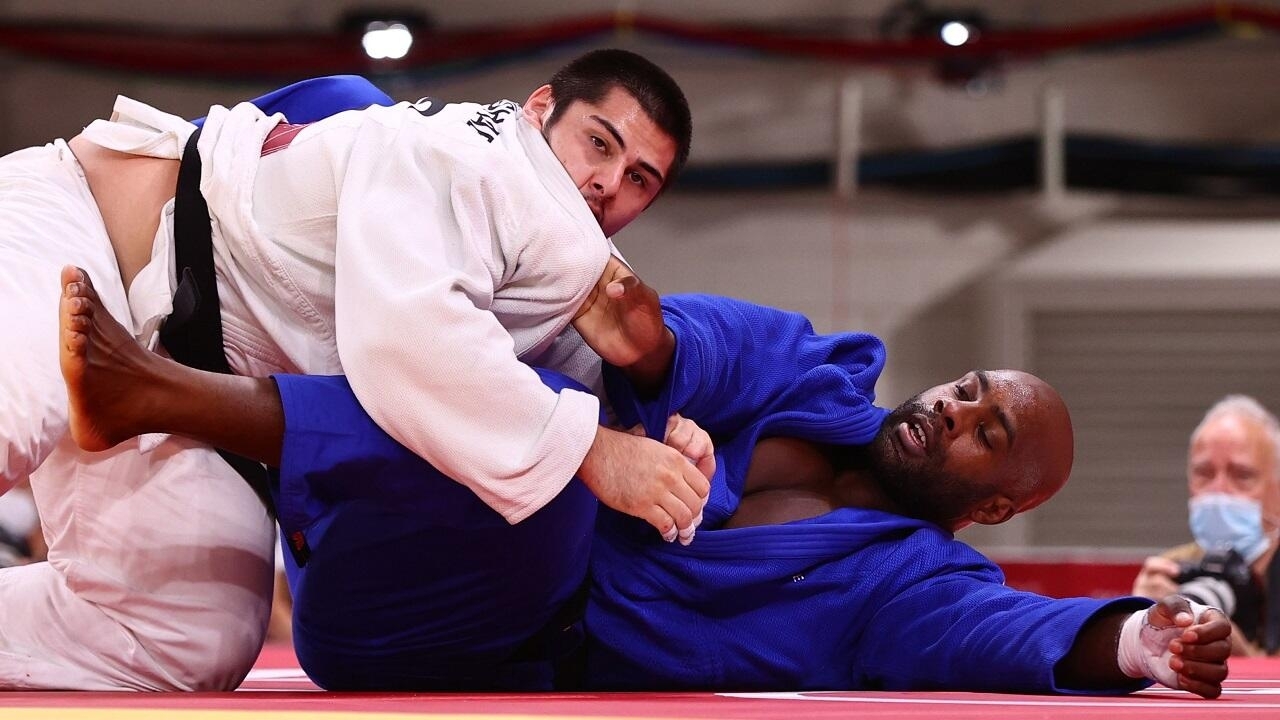 Double reigning Olympic champion in the over 100 kilos, Teddy Riner will not achieve the pass of three.

The Frenchman was beaten in the quarter-finals in Tokyo by Russian Tamerlan Bashaev.

He had come to Japan, a country that is dear to him, with one goal: to win a third consecutive gold medal, after those of

, and thus become the second three-man Olympic champion in the history of judo.

will not equal the Japanese Tadahiro Nomura, titled in the under 60 kilos in 2000, 2004 and 2008. The Frenchman was released from the quarter-finals on Friday, July 30.

The French heavyweight, 139.2 kilos on the scale, had started his day well yet at Nippon Budokan.

For his entry in the running, he dominated the Austrian Stephan Hegyi in two minutes.

Then, he beat Israel's Or Sasson in even less time.

Two victories expected before the shock in the quarter-finals with Tamerlan Bashaev, the world number one in the category, European champion and vice-world champion.

During their last face-to-face, last January, Teddy Riner had tamed his opponent.

But in Tokyo, the fight did not go so easily.

Dominator, the double world champion did not manage to win before the limit, and the two men therefore continued their duel at the golden score, with two penalties against the Russian and one against the French.

And while he seemed to dominate his subject, Teddy Riner was countered as he attacked on the ground.

The Frenchman could not do better than a bronze medal - as in 2008 at his first Olympics in Beijing - if he wins his last two fights.

Teddy Riner is eliminated in the quarter-finals of the # Tokyo2020 Olympic Gamespic.twitter.com / zkKMnDq71R