Tokyo 2021: Simone Biles, the torments and the loss of landmarks

Beyond her psychological torments, the living legend of gymnastics Simone Biles confessed on Friday that she suffered from "loss of face". This phenomenon, known in the industry, causes a loss of ... 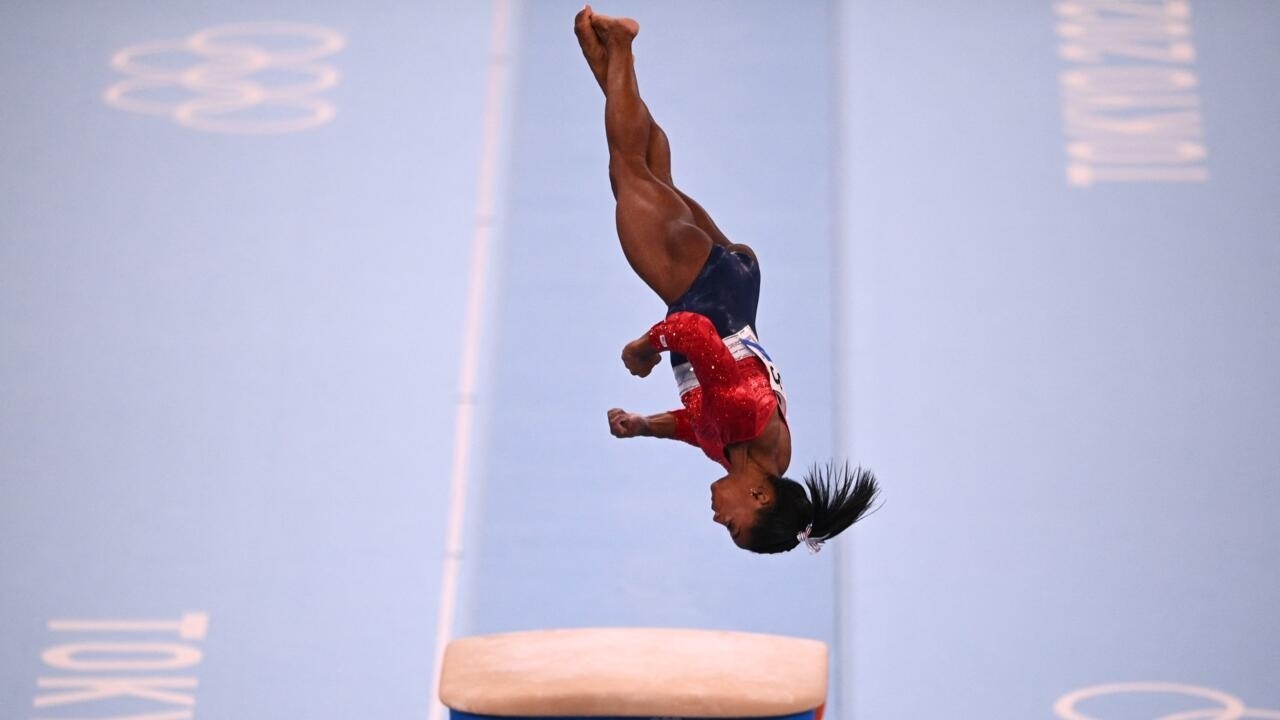 Will Simone Biles be able to play one of the finals of the Tokyo Olympics?

The gymnastics superstar provided some explanations on Friday July 30 on the current ailments that are troubling her.

In addition to her psychological torments, she says she suffers from loss of landmarks in space, what gymnasts call "loss of figure" (or "twisties" in English), which can be reinforced or caused by stress and especially , endanger an athlete.

In a video posted to Instagram during practice Friday, we see her land on her back on pads at the end of her movements.

On her IG stories, Simone Biles responds to people who think she “quit” on her team by explaining the “the twisties” she's been experiencing and what it feels like “not having your mind and body in sync”….

"It had never happened to me before on bars and beam, it was just on floor and vault. But this time it's literally on every apparatus. And it really sucks," said S. Biles on his Instagram account.

"It didn't happen to me until I left the United States. It started by accident, right after qualifying."

On Tuesday evening, when Simone Biles decided, to everyone's amazement, to stop the all-around team after just one jump, she explained that she "didn't want to risk hurting herself or doing something stupid by participating in this competition ".

Evoking her mental health, she had already spoken of "twisties" (literally, twists), a phenomenon known in the world of the gym and the trampoline, which can also affect golfers: the athlete loses control, his body does not respond more and its landmarks disappear, a kind of disconnection leading to disorientation.

When the United States team, led by its star, entered the Ariake gymnastics on Tuesday evening, we are far from thinking that the quadruple Olympic champion is in pain.

It begins with the jump.

Before Biles sets off, everyone has just one question in mind: will she perform her new stunt, a double back pike somersault that she tested in training?

If she does it at the Olympics, it would be a fifth figure named after her and she would mark the history of gymnastics even more.

But no: instead, she engages in a so-called "Amanar" jump, a very difficult jump with two and a half twists, except that one twist disappears in the process.

"I did not understand what happened, I did not know where I was in the air, I could have injured myself", she described during her press conference.

Her teammates interrupt her: "We had a little heart attack when we saw what was happening!"

"In a career, all gymnasts have loss of figure," Yann Cucherat, former director of the men's high level, told AFP.

A former gymnast himself, he has been confronted with this phenomenon for his outings on parallel bars in particular.

"For me, that's what Simone Biles is going through and it's increased tenfold by the pressure," he explains.

"It rots our brains and we are afraid to do our acrobatics."

The situation is all the more difficult for Simone Biles who has acrobatics of an exceptional level.

To avoid "losing your figures", you have to regularly redo your ranges and break them down, explains Yann Cucherat.

"My mind and body are just not in sync"

A job that Simone Biles will have to do to return to the highest level.

In her Instagram posts, the gymnastics champion was already starting to break down and rationalize what is currently blocking her.

Otherwise @Simone_Biles is answering questions about Insta and she explains that it is the loss of reference points (twisties) that prevent her from continuing.

His body and his brain are not in sync and it is physically dangerous.

"Seriously, I don't understand how to do twists. Weirdest, weirdest feeling. It's honestly petrifying to try to make a move but not have your mind and body in sync," a- she explained.

"To those who say I'm giving up. I'm not giving up, my mind and body just aren't in sync, as you can see here," insisted the champion.

"I don't think you realize how dangerous it is on hard surfaces, or why I put health first. Physical health is mental health."