Today, the national team runner, Mohammed Hassan Al-Noubi, concludes the Emirati participation in the 32nd Summer Olympic Games hosted by the Japanese capital Tokyo during the period (July 23 - August 8) with the participation of 11,839 athletes competing in 33 sports with 339 competitions in 48 irrigation facilities 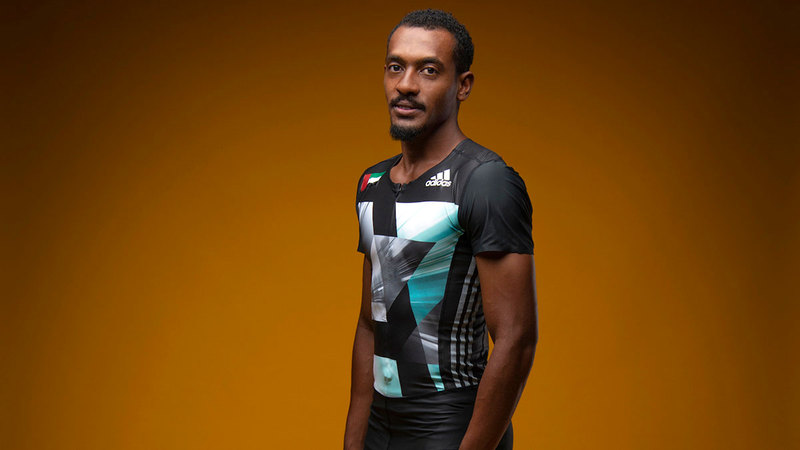 Al-Murr: There is an urgent need for an innovative program to ensure the advancement of the “Mother of Games”

Today, the national team runner, Mohammed Hassan Al-Nubi, concludes the UAE participation in the 32nd Summer Olympic Games hosted by the Japanese capital Tokyo during the period (July 23 - August 8) with the participation of 11,839 athletes competing in 33 sports, with 339 competitions in 48 sports facilities. 100m race at the Olympic Stadium in Tokyo, Japan.

Al-Nubi seeks to achieve a main goal for him, which is to break his personal number and the number of the country, and to achieve the maximum possible benefit by participating with global champions.

Runner Mohamed Hassan Al-Nubi stressed that participating in the Olympic Games is a dream for any athlete who aspires to raise his country's representation with all countries of the world that came to compete, stand on the podiums and achieve the most valuable titles and achievements. He added in a press statement: "I extend my thanks and appreciation to the National Olympic Committee, the Athletics Federation, the Sharjah Sports Council, and all those who supported me in my journey to reach this honorable stage, and I will strive to make all my efforts for the sake of the UAE, its name and its well-known and leading position among the countries of the world in all fields." This is the responsibility of all of us as athletes who represent the state in all sports.”

Al-Nubi added that the pre-Olympic stage witnessed him entering a training camp in Bulgaria in order to raise his physical and mental efficiency in preparation for participating in the Tokyo Olympics, noting that despite the short duration of the camp, he benefited from many factors that he gained from training, refinement and preparation, He said, "I aspire to break the country's number and my personal number and achieve a good result for UAE sport, and undoubtedly my presence in the Olympic Games is a great opportunity to participate in front of the world champions and Olympic champions, benefit from their level and performance, return with a positive result and then start implementing the technical programs set by the Federation, And redoubled efforts to win colored medals in the upcoming forums.”

Major General Dr. Muhammad Abdullah Al-Murr, President of the Athletics Federation, stressed that "the UAE, in accordance with its vision, has developed a strategy to be among the best countries in the world by the golden jubilee of the federation, including the promotion of UAE sport to compete at the international level, especially in Olympic participation and achievement." The Federation, with its new formation, sees an urgent need for an innovative program that guarantees the advancement of athletics and needs a system based on an institutional governance system.

Al-Murr added in a press statement: "We are currently working in the federation to develop a strategy that includes a set of axes, the most prominent of which is the interest in the game within clubs, the manufacture of champions, support for school sports, the development of women's athletics, and the settlement of referees and coaches."

Al-Murr concluded, "After analyzing the situation in the federation and clubs and the results of participation in the Olympics, the situation of the game will be evaluated and the appropriate plan will be drawn up, which will mainly aim to raise the level of athletes in the country, with the aim of increasing participation in international forums and achieving the desired results."

Engineer Azza bint Suleiman, Assistant Secretary-General for Administrative and Financial Affairs at the National Olympic Committee, met Dr. Hussein Al Musallam, President of the International Swimming Federation (FINA) on the sidelines of the UAE delegation's participation in the Olympic Games in Tokyo.

She handed the shield of the National Olympic Committee to Dr. Al-Musallam in appreciation of his great role in supporting the Olympic and sports movement.

Bint Suleiman conveyed to the Muslim the greetings of His Highness Sheikh Ahmed bin Mohammed bin Rashid Al Maktoum, President of the National Olympic Committee, and members of the Committee’s Board of Directors, and congratulated them on his victory as president of the International Swimming Federation.

She reviewed with the President of the International Swimming Federation the most important developments in the current Olympic Games and the participation of the UAE delegation in the course, including the participation of swimmer Youssef Al Matrooshi, who ran the 100-meter freestyle and recorded a time of 51:50 seconds, as well as all possible ways and mechanisms to support and promote swimming in the UAE. .

• Bint Suleiman discussed with Al-Muslim all possible ways and mechanisms to support swimming in the Emirates.

9 seconds 58 per cent is the world record for 100 meters, held by Jamaican Usain Bolt, who also holds the Olympic record of 9.63 seconds.