Swimming: Marc Dansou, in Tokyo 2021 for fun and Benin

Marc Dansou was eliminated in the 50m freestyle heats, this July 30, 2021 in Tokyo, at the Olympic Games, with a time of 24 seconds 99. However, he showed his pleasure of swimming at the Olympics, 18 years later. 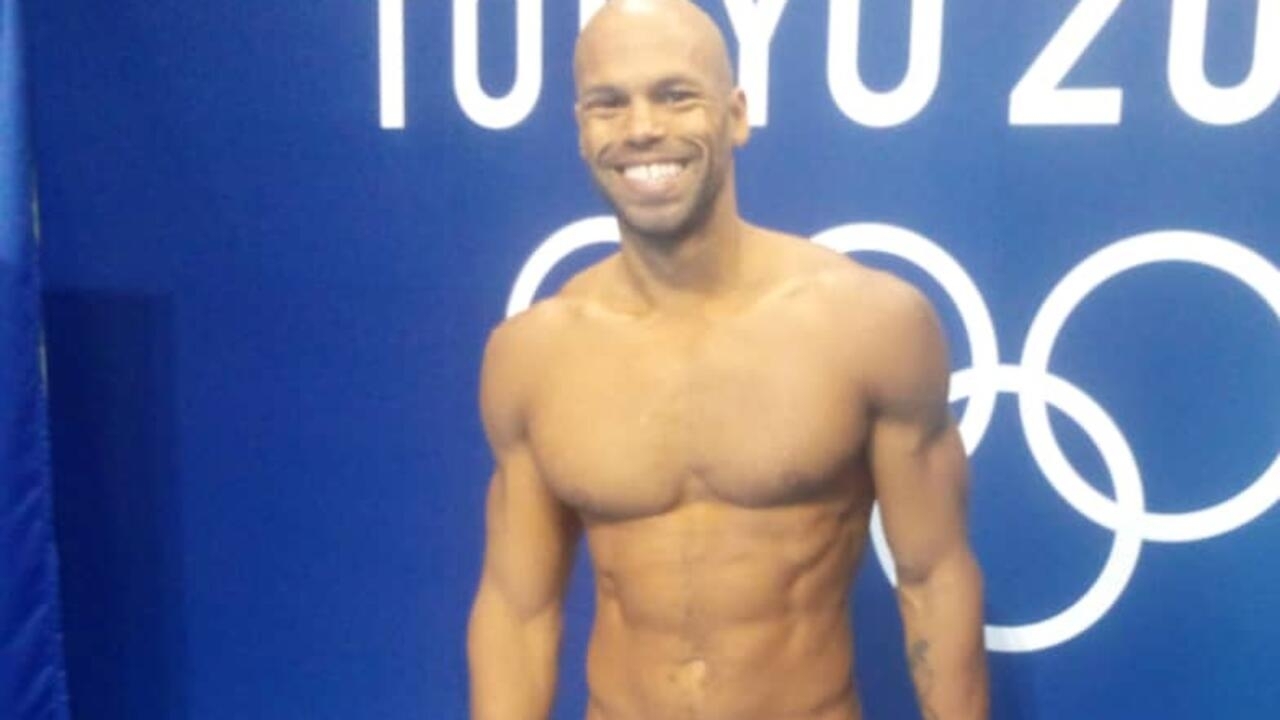 Swimming: Marc Dansou, in Tokyo 2021 for fun and Benin

Marc Dansou was eliminated in the 50m freestyle series on July 30, 2021 in Tokyo, at the Olympic Games, with a time of 24 seconds 99. However, he showed his pleasure of swimming at the Olympics, 18 years after his debut with Benin.

I'm tired but it feels good to swim!

»A broad smile, Marc Dansou is enjoying a series of the 50-meter freestyle that the Beninese were impatiently awaiting. “

I am a little disappointed with my race, because my entry into the water was not very good. Afterwards, I come back to the others

But I wanted to swim in less than 25 seconds and it's done. I could have done a little better, but I'm still satisfied

For the 37-year-old swimmer, being in Tokyo remains a joy, despite the absence of spectators, and even if the adventure stops in the first race.

Because these Olympic Games, the native of Paris awaited them.

I've been swimming for a long time

, rewinds the one who lives in France.

Marc Dansou has been defending the Beninese colors for two decades. If his namesake Aloïs Dansou took part in the 2004 and 2008 Olympic Games, the road to the Olympics was longer and more tortuous for the Parisian. “

My story with my Federation

is a bit difficult

I competed in the 2003, 2005 and 2007 World Championships. I should then have gone to the Games, but it did not happen… I then returned to working life, to finance, with a bit of a schedule. complicated. I wanted to come back to competition in 2018. But my Federation has put me in the wheel

I fought more outside the pools than in the water to gain my place here.

However, I still have the motivation and the desire to swim

Supported in particular by the Benin Olympic Committee, his coaches and his relatives, Marc Dansou did not give up and won his case.

And he was able to share the same pool as stars of the discipline such as the French Florent Manaudou or the American Caeleb Dressel.

take this experience with a lot of smile, because I enjoyed it here, seeing very good swimmers.

The organization of these Olympics is very good.

It's a shame that there is no audience.