Rowing star Megan Kalmoe's criticism of Russia's Olympic participation: "Should not be here"

Russia is not officially allowed to participate in the Olympics. But many Russian athletes are still allowed to compete in Tokyo. This fact is now receiving harsh criticism from the American rowing star Megan Kalmoe. "It's a disgusting feeling," she says, regarding seeing the Russians Vasilisa Stepanova and Jelena Orjabinskaya take silver in second class without a helmsman. 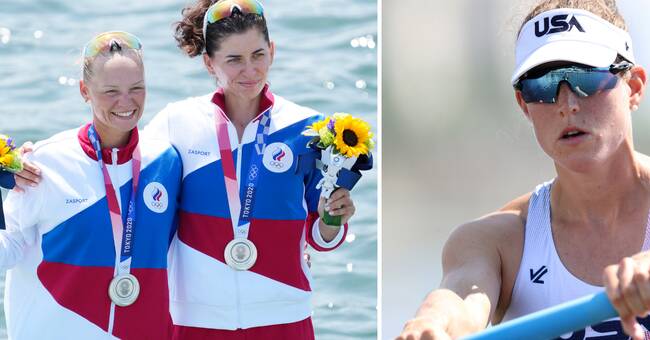 After several revelations about systematic doping in Russia, the country has officially stopped participating in the current Olympic Games in Tokyo.

Despite this, as many as 300 Russian athletes are in place, and may compete under the name Russia's Olympic Committee (ROK).

And they are doing well.

However, not everyone thinks that it is right for Russian athletes to participate in the Olympics, despite the country's suspension from the international anti-doping agency Wada - a ruling that later also passed in the sports arbitration court (which, however, shortened the suspension from four years to two).

One such critical athlete is the American rower Megan Kalmoe, who, among other things, has a World Cup gold and an Olympic bronze on the merit list.

“Seeing a crew that should not even be here leave with a silver is a disgusting feeling.

It's a big disappointment overall, and I suffer with all the other athletes in the A-final ", she writes on Twitter, after Vasilisa Stepanova and Jelena Orjabinskaya took silver behind New Zealanders Grace Prendergast and Kerri Gowler.

For Kalmoe, who paired with Trace Eisser, it ended with a tenth place.