Defense of the Great Title, a campaign for the second medal of Vesnina and a new chance for Karimova: what to expect on the eighth day of the Games in Tokyo

On the eighth competitive day of the Tokyo Games, Russian saber fencers will be the main favorites of the team tournament. And Sophia the Great will be able to write her name in history, becoming only the eighth fencer to win five Olympic medals. Tennis players Elena Vesnina and Veronika Kudermetova will fight for bronze in doubles. Yulia Karimova and Yulia Zykova in rifle shooting from 50 meters will also claim prizes. 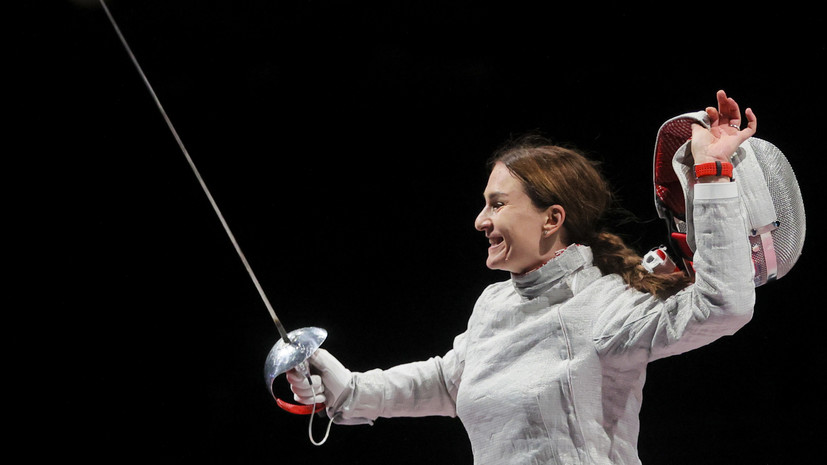 The second competition week kicks off at the Tokyo Olympics.

On the eighth day, 17 sets of awards will be played.

After the bright Russian final in the individual saber fencing tournament, in which Sofia Pozdnyakova and Sofia Velikaya competed for gold and silver, the fans have the right to count on new success in the team championship.

In the quarterfinals, they will have to face the winner of the Tunis-Japan confrontation, but none of the potential rivals should become a serious obstacle for the current Olympic champions.

Optimism is also added by the fact that before the final, neither France, nor Italy, nor the United States will meet on their way, which will definitely want to break the hegemony of Russian women.

It is worth noting that if successful, the Great will write its name in the history of the Games.

Her collection will include five Olympic awards, which only seven fencers have achieved before her.

Russian women will have good chances for medals in rifle shooting from 50 meters. Yulia Karimova is the current world champion in this type of program and has already won bronze at the current Games. Three-time European champion in 2021 Yulia Zykova should not lag behind her compatriot. In addition, the most experienced Alexey Alipov and Daria Semyanova will try to get to the final of the team ladder and rehabilitate themselves for their failure in the individual tournament.

With regard to swimming, this time the Russians can hardly be classified among the favorites, although they should not be written off either. Andrey Minakov will try to grab a place on the podium in the 100m butterfly swim. In the semifinals, he finished fifth, 1.4 seconds behind the leader. But the main characters will be the holder of numerous titles and records, Caleb Dressel, who is called the second Michael Phelps for a reason, and the newly minted Olympic champion Krishtof Milak.

The 800m freestyle is likely to be dominated by the reigning champion Katie Ledecki, who is unlikely to give up the victory in the crown so easily.

Anastasia Kirpichnikova, who showed the fifth time in the preliminary swim, also has small chances for a medal.

And in the final of the mixed combined relay 4 × 100, the Russians will try to impose a fight on the Chinese, British, Americans and Australians.

On Saturday, tennis players will compete for bronze in doubles.

The last three Olympics, the Russians certainly rose to the podium, and Elena Vesnina is the current champion.

This time, she and Veronica Kudermetova should again have no problems with the less famous Laura Pigosi and Louise Stephanie from Brazil.

Russia boasts a rich tradition in trampoline jumping, but lately, domestic athletes have not been pleased with loud successes.

Andrey Yudin and Dmitry Ushakov, who won the last Olympic medal in 2012, will try to correct the situation.

Both have numerous titles, including world championships, but it will be extremely difficult to face the main contenders for gold from China.

The debut of the team tournament will take place in judo.

There are only three medals in the assets of domestic athletes, so there is no need to talk about great chances of getting into the top three, especially since they will converge with invincible Japan in the semifinals.

Therefore, bronze will be a great success for them.

Another new type of program will be the mixed relay in the triathlon.

However, even here it is difficult for the Russians to count on high places, and the Australian national team will be the main favorite.

Women are waiting for the semifinals of jumping from a three-meter springboard.

Maria Polyakova made her way into this stage with some difficulty, taking only 13th place.

The first two positions predictably remained with the favorites - Tingmao Shi and Han Wang from China.

Russian boxers will fight in the category up to 63 kg for men and up to 75 kg for women.

Silver medalist of the 2017 European Championship Gabil Mammadov, who confidently defeated Damian Durkach with a score of 5: 0 in the first round, will meet with the aged Mauritanian Richard Colin in the 1/8 finals.

And Zemfira Magomedalieva, on whom great hopes are pinned in this category, will examine the representative of Mozambique Radi Gramane.

In case of victory, she guarantees herself a bronze, which means that the Russians will extend the successful streak, having won at least one medal at each Games.

BMX will host qualifications in a new Olympic discipline - freestyle.

The missing stars from the sky, the Russians - Irek Rizaev and Elizaveta Posadskikh - do not have many chances to win, but they are quite capable of competing for the final scheduled for Sunday, especially since many favorites of the species refused to travel to Tokyo.

Domestic handball players will continue to fight for survival in Group B. This time they will play with the silver medalists of the continental championship - the French.

The previous victory over Hungary should inspire Alexei Alekseev's wards, especially since at the moment the success of any of the teams can completely change the balance of power.

It may also be motivated by the fact that another failure will destroy their chances of defending the championship title.

Unlike men, Russian volleyball players are not so stable in the group stage, which does not prevent them from still counting on reaching the playoffs.

On Saturday they will play against the unbeaten US team.

If they lose, they will have to hope for the failure of Argentina or China.

Beach players Vyacheslav Krasilnikov and Oleg Stoyanovsky will face the Czech national team in the third match of the group stage.

Both teams have one defeat and one victory, so the upcoming match will determine which of the couples will advance to the playoffs directly, and which will be among the lucky losers, who will then fight for the continuation of the struggle among themselves.

This alignment is also unpleasant because in the 1/8 finals match, the Russians can get on their compatriots - Konstantin Semyonov and Ilya Leshukov.

Finally, after a 0:36 defeat to New Zealand in the quarterfinals of rugby-7 competition, the Russians will take part in the matches for 5-8 places. There they will have to fight with an equally serious rival, the current Olympic champions from Australia, so there is no need to count on a high position.