A Crash Handbook for Veteran Drivers in the Olympics丨After playing in Tokyo's famous doors, so many!

Chinanews client, Beijing, July 30th (Reporter Xing Rui) On the evening of the 29th, Chen Meng defeated teammate Sun Yingsha 4:2 in the women's table tennis final. The star Huang Xiaoming congratulated Chen Meng for the first time on social media, "I am so happy, we have an Olympic champion in our family, I am Chen Meng's cousin."   Although it is said that there is no distinction between style 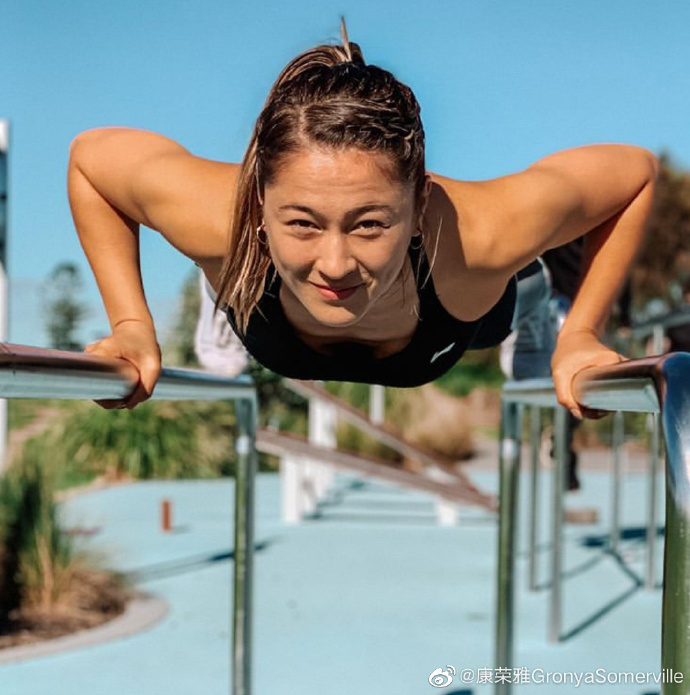 The star Huang Xiaoming congratulated Chen Meng for the first time on social media, "I am so happy, we have an Olympic champion in our family, I am Chen Meng's cousin."

Although it is said that there is no distinction between styles and sports, this is still a cold knowledge for many people who are not familiar with national table tennis.

In fact, looking at the Tokyo Olympics this year, nearly 11,000 athletes took their dreams to stand on the Olympic venues, and many of them were famous or born in sports families.

Today's Olympic Crash Handbook for old drivers will take you into their sports life.

When it comes to Kang Youwei, many people know that he is one of the representatives of the Reformists in the late Qing Dynasty.

What may be unknown is that his great-granddaughter Kang Rongya is now an Australian badminton player.

This year is her first step on the stage of the Olympic Games.

Kang Rongya was born in 1995. Her father is Chinese and her mother is Irish.

When she was three years old, her father died.

Kang Rongya only had a simple understanding of her family background when she grew up.

At the age of 12, Kang Rongya became acquainted with badminton through the local talent selection program.

From that time on, she fell in love with the sport and entered the Australian national team with her excellent results.

The boring training can sometimes make Kang Rongya retreat. Whenever she can’t motivate, she will feel: “If you don’t use 100% strength to fight, it is to give yourself and the family spirit. Discrimination."

Once, Kang Rongya came to China to play. Her coach revealed Kang Rongya's life experience to the media, which immediately attracted the attention of Chinese fans to this beautiful player.

"This has brought me many opportunities, not only to promote badminton in Australia, but also to make the world realize that Australia is a badminton country... This gives me more opportunities for me to get sponsorship." Kang Rongya is accepting the local area. Said this in a media interview.

She and the Chinese badminton Olympic champion Zhao Yunlei are also good friends. In Zhao Yunlei’s view, Kang Rongya is a girl with a sweet appearance and a more restrained personality in private. But when she comes on the field and enters the game, she is full of victories. Desire and athleticism.

For all athletes, being able to stand on the Olympic Games is undoubtedly the most proud thing in their careers.

But for various reasons, not all athletes have this opportunity.

Zheng Fengrong, the first female track and field athlete in China to break the world record, served her life, but one of the few regrets in her career was that she never participated in the Olympics.

However, her granddaughter Zheng Nina will help her grandmother fulfill her long-cherished wish.

Nina Cheng was born in Canada in 1998. When she was young, she started track and field training.

In 2017, Zheng Nina Li participated in the 13th National Games held in Tianjin as an overseas Chinese athlete.

In 2018, she won a silver medal for Canada with a total score of 6133 in the women's heptathlon at the Commonwealth Games.

Just when Nina Cheng was about to usher in her 20th birthday, she proposed to become a Chinese national and represent China in the Tokyo Olympics.

After Zheng Fengrong heard this thought from his granddaughter, tears flowed out.

On April 12, 2021, Zheng Nina was officially qualified to play for the Chinese team.

It took her less than two months to qualify for the Tokyo Olympics and became the only Chinese athlete in the women's track and field heptathlon.

The latter has played for the NFL Philadelphia Eagles, the quarterback on the field.

It is said that "the tiger father has no dog son." Vashti Cunningham has won three medals at the World Championships, including one gold, one silver and one bronze.

In the 2016 Rio Olympics, Vashti Cunningham, who was only 18 years old at the time, once represented the United States team.

In the Olympic trials last month, she won a ticket for the Tokyo Olympics with a score of 1.96 meters.

In this Tokyo Olympics, the Chinese women's volleyball team is undoubtedly one of the most eye-catching sports teams.

In the main lineup of the women's volleyball team, there is also a girl from a family of sports.

The main attacker Zhang Changning was born in 1995. Her father Zhang Yousheng was the main player of the Chinese men's volleyball team. After retiring, he served as the coach of the Jiangsu Men's Volleyball Team.

His mother Jiang Qiuhan was also an athlete.

She also has an older brother named Zhang Chen, who was also a member of the Chinese Men's Volleyball Team.

In the 2016 Rio Olympics, Zhang Changning won the gold medal with the team when he participated in the Olympics for the first time.

After five years of experience in the Tokyo Olympic cycle, her skills and mentality have become more stable.

Many tennis stars withdrew from the Tokyo Olympics for various reasons, but British star Andy Murray did not.

After winning the 2012 and 2016 Olympic men's singles, Murray hopes to have a further breakthrough in Tokyo.

It is a pity that he and his compatriot Salisbury were defeated by the Croatian combination Cilic and Dodig in three sets and missed the third gold in the Olympics.

It is not an exaggeration to say that Murray is from the home of tennis. His mother and brother are both master tennis players.

Murray started playing tennis at the age of 3. His mother had been his coach until the age of 11.

Murray can have today's achievements, of course, it is also inseparable from the help and teaching of his mother.

In the last Rio Olympics, golf returned to the Olympic family.

This time at the Kasumigaseki Country Club in Japan, a lot of good players are also launching an impact on Olympic medals, including American sisters Hanelli Koda and Jessica Koda.

Last month, Nellie Koda won the LPGA Championship, and her world ranking has risen to No. 1 in the world.

Although her sister Jessica Koda is not as good as her sister in the world rankings, she also successfully qualified for the Olympics.

It is worth mentioning that the Koda family are all athletes. His father, Pete Koda, was the men's singles champion at the 1998 Australian Open. His mother, Regina, was also a tennis player in the past and represented Czechoslovakia in the 1988 Olympics.

But Nellie and Jessica chose golf, and her younger brother Sebastian inherited his parents’ mantle to play tennis.

Although they are behind the famous family, the family glory is only a well-known label to them.

The glory of their loved ones has become history, but now they are all fighting for their own world.

Standing on the Olympic venue means starting again, and I hope they can show their best.