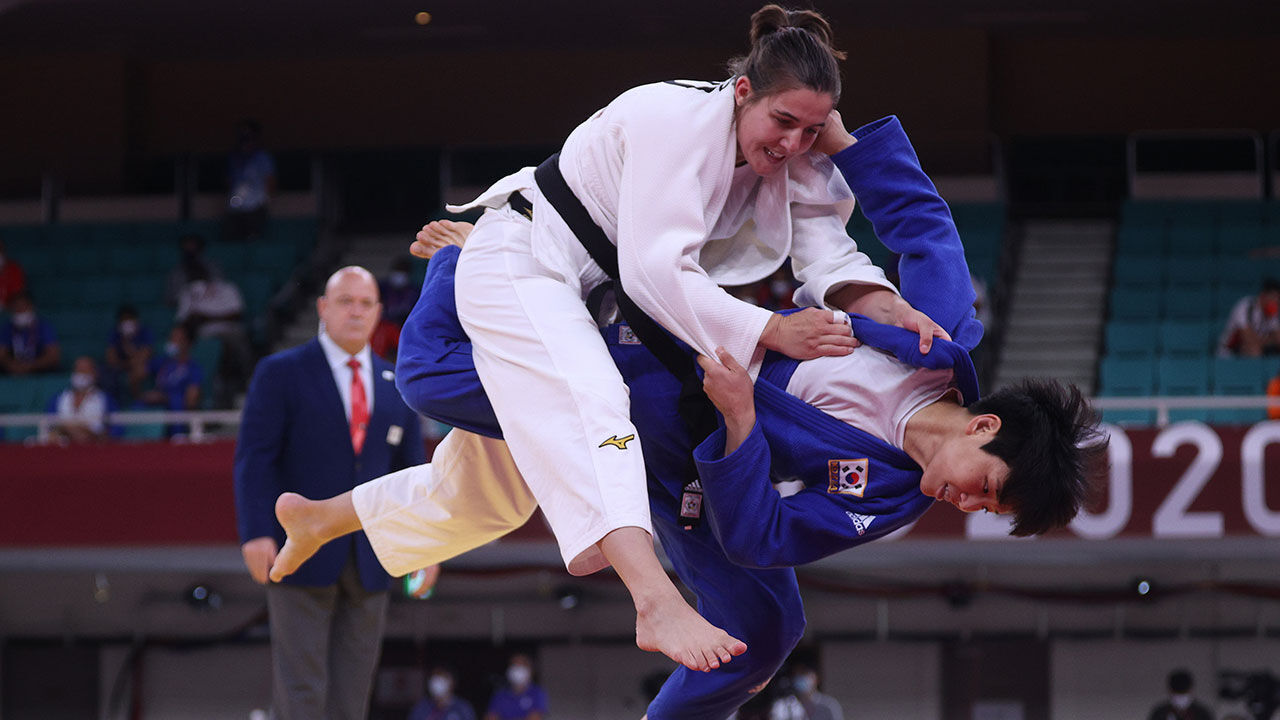 In the quarterfinals of the women's 78kg class at the Tokyo Olympics held at the Japan Budokan in Tokyo today (29th), Yoon Hyun-ji defeated Fischer Steinhuis (Netherlands), who is ranked 5th in the world, by a foul victory after a close match in the Golden Score (overtime) and advanced to the semifinals. .

Stein Huis received a coach (fault) in 1 minute 43 seconds of regular time, and a second map was declared at 2:25 minutes.

Hyun-ji Yoon was given one map because of the camouflage attack at 3 minutes and 3 seconds.

The two players entered the Golden Score without a match for 4 minutes of regular time.

Steinhuis played passively at the golden score of 1:13 and received the third instruction and the game was over.

Hyun-ji Yoon also beat a strong opponent in the round of 16.

Hyun-ji Yoon scored half of the score by swiping his thigh in 17 seconds from the start of the game, and succeeded in back-to-back with 1 minute and 24 seconds left to win the match.

In the round of 32 against Nifeli Papadakis (USA, 30th place), he recorded a bout with half of a thigh wrap followed by a half press on the side.

The semi-finals and finals will be held at the same venue this afternoon.