Ajman beat the Serbian team, Stara Pazova, in its second friendly experience during its preparatory camp, which is currently being held in Serbia, as part of Orange’s preparations for the new season, which will start on August 19 with the victory meeting at its stadium. 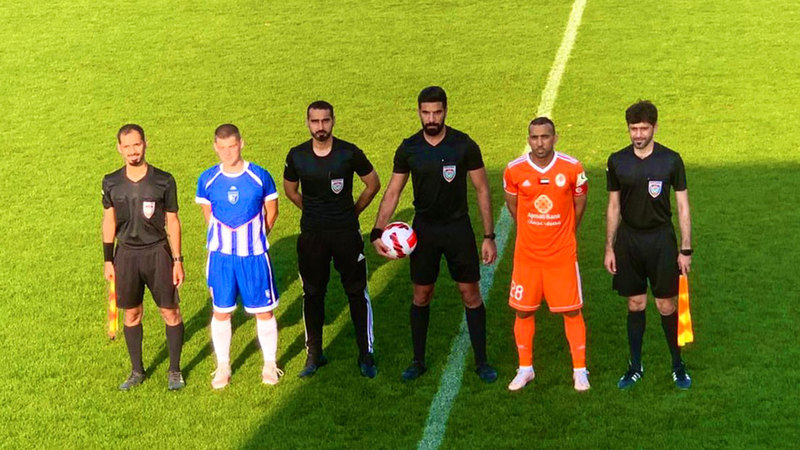 Ajman defeated the Serbian team, Stara Pazova, in its second friendly experience during its preparatory camp, currently in Serbia, as part of Orange's preparations for the new season, which will start on August 19 with the victory meeting at its stadium.

The goal of the orange was scored by the new Colombian player Mina, who joined the team's camp after signing new contracts with the club.

Ajman officials contracted the Colombian striker Yorlis Mina (30 years old) for the first football team for a season on loan, coming from Peruvian Cesar Vallejo, to complete the contract of foreign players in the Ajman squad for the new season.

The Ajman coach, the Serbian Goran, pushed a different squad from the one that played the Saudi Al-Fayha match, which took place on Tuesday evening, as he played with Youssef Al-Balushi in goalkeeping, and in front of him Ahmed Issa, Emmanuel, Saeed Suleiman, Saud Saeed, Ammar Al-Kaabi, Muhammad Saleh and Tariq Khadim, Abdullah Abdulaziz, Hamid Abdullah, and Mina.

The Ajman coach sought to take advantage of a group of young players in the Gedenstavo Star Pazova match, as part of his efforts to settle on the squad that he will play in the new season.