In the bowels of the Ariake Gymnastics in Tokyo, on Tuesday, just finished the competition in which she broke down, Simone Biles was heading to the mixed zone to detail her ... 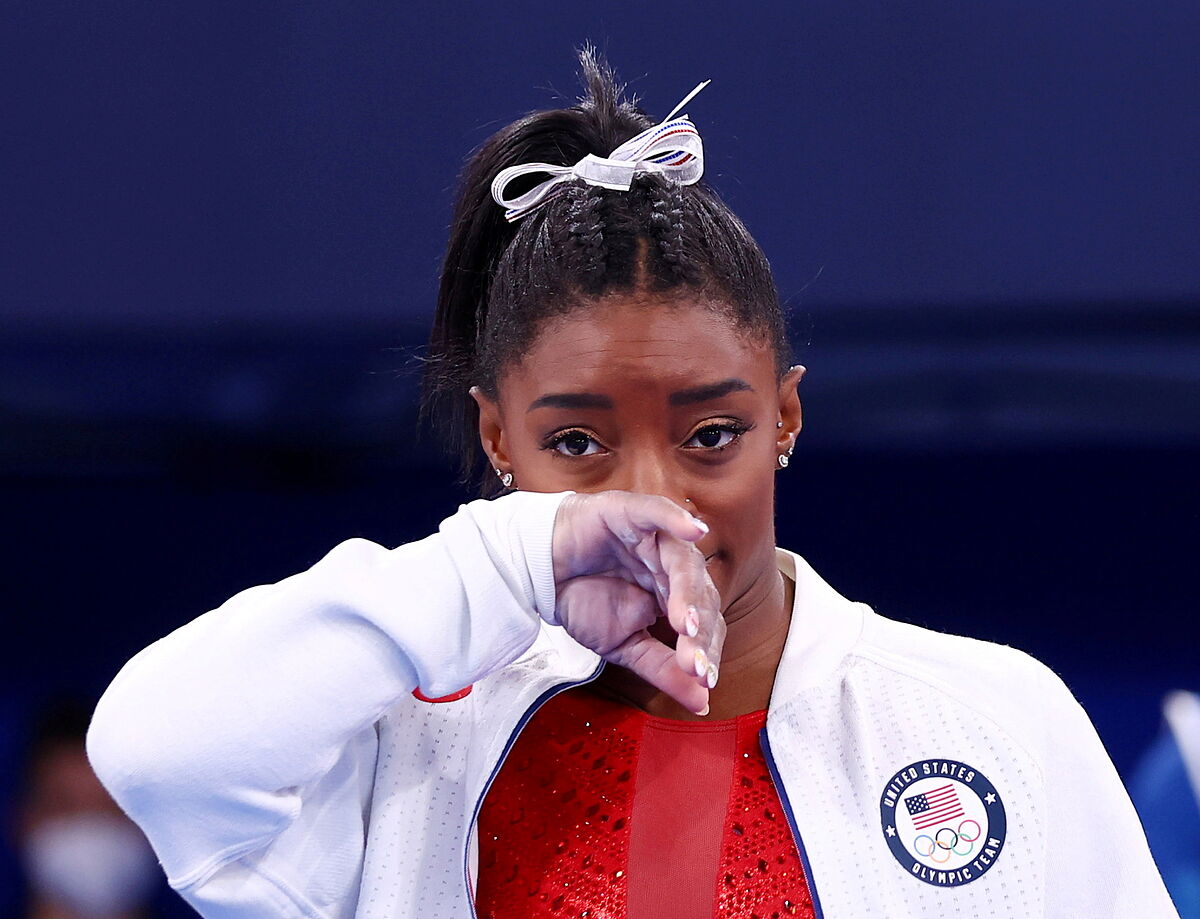 In the bowels of Tokyo's Ariake Gymnastics, on Tuesday, just after the competition in which she broke down,

was heading to the mixed zone to detail her anguish, a brave step, when she was stopped by two women and a man. For a few minutes, the three people, dressed in the United States Olympic uniforms, addressed Biles and her teammates, but at all times she pretended not to listen. Turned to one side, she neither nodded nor denied; ignored. A full-blown rudeness. "Who are they?" It was time to ask the

", they responded and, oh, everything was understood.

In recent weeks, Biles has had to deal with pressure to become the greatest athlete in history and to be the star of the Tokyo Games. As he recognized on Tuesday, that prominence had taken a toll on him and that is why he withdrew first from the team competition and, on Wednesday, from the complete individual competition on Thursday (from 12.50 hours). But nothing compared to what he has endured in recent years. Being the image and, above all, the main source of income for the organization that allowed and concealed the sexual abuse of Dr.

is a pain. USA Gymnastics did nothing when she needed it most and she must remain there, under its structure, no matter how much she fights to change it.

. We did everything they asked us to do, even when we didn't want to. And they didn't do their damn job. Their only job, literally their only job, was to protect us and not they did, "declared Biles in August 2019, before a championship, when he was already beginning to see that things did not change and that if they did it was very slowly.

A year earlier, the multi-Olympic champion and dozens of other gymnasts had denounced that the former team doctor, Larry Nassar, abused them when they were children and USA Gymnastics, rather than acting, tried to stop them.

The doctor had already been fired in 2016, when the first journalistic investigations were published, but those who allowed his actions took too long to leave the Federation. The president of the dark years,

, did not resign until mid-2017; Martha and Bela Karolyi's gym, the scene, remained a training center until early 2018; and other managers endured until the media explosion of the case. Two weeks ago, the United States Department of Justice concluded that the FBI made "fundamental errors" in the investigation of what happened, but victims like Biles maintain that USA Gymnastics never collaborated enough in the police investigations for all the facts to come out. the light.

"I don't know why the Federation says it cooperated. Many police officers told me that the investigation was extremely difficult because they did not release all the data and documents. Until we understand what happened, until all emails and calls, I do not believe in a safe future for this sport ", declared in March

, also a complainant against Nasser and captain of the United States team in the Rio 2016 Games. His retirement was essential for Biles because of the friendship that united them, but also because, without Rainsman, she was left alone against suits. And that's tough.

With his media pressure, in recent times, Biles achieved successes, such as the entry of gymnasts in the management bodies of his Federation;

the creation of an independent organization where female athletes can report abuse;

and, among other things, the implementation of protection protocols, with security cameras in gyms.

But there is too much to fight and the attrition is exaggerated.

This year, behind the back of USA Gymnastics, he had organized a tour throughout the United States to celebrate his golds.

At the moment, it seems difficult for him to do so.

Tokyo OlympicsSimone Biles withdraws from competition under pressure: "I needed to step aside"