Sean Klaiber left Ajax's training camp in Austria on Thursday. The right back has suffered a knee injury during training, the club from Amsterdam reports. 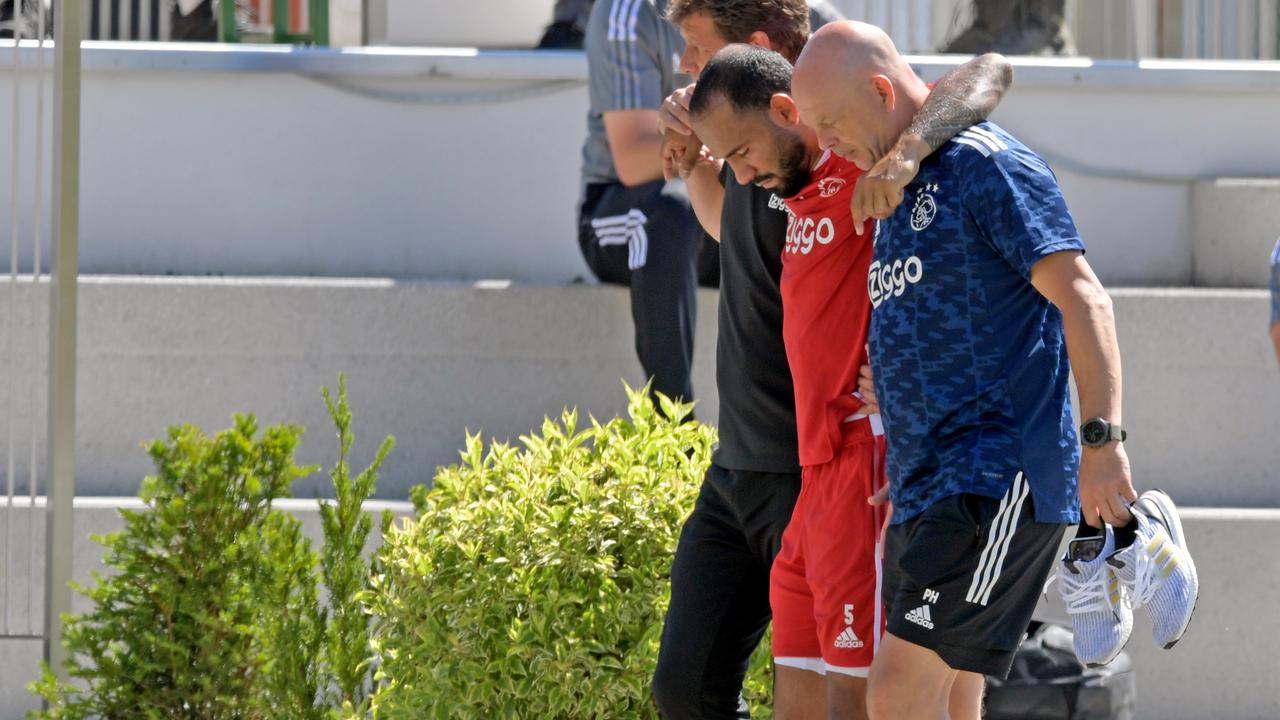 The right back has suffered a knee injury during training, the club from Amsterdam reports.

is a fear of a serious cruciate ligament injury.

Klaiber went to the ground screaming in pain and got on the plane on crutches to the Netherlands.

The 26-year-old Klaiber is currently in his second season with Ajax.

The born Nieuwegeiner was taken over from FC Utrecht in October last year for more than 4 million euros.

In his debut season, he made 22 official games, mainly as a substitute.

Due to the possible disappearance of Klaiber, trainer Erik ten Hag only has Noussair Mazraoui, Devyne Rensch and possibly Jurriën Timber at his disposal for the right back position.

Mazraoui has been the first choice in the exhibition games so far.

Ajax has been staying in Bramberg in Austria since last Saturday in preparation for the new season.

The final practice match against the German top club RB Leipzig is scheduled for Saturday in Grödig.

The reigning national champion then takes on the newly promoted NEC.

See also: These are the practice matches of the Eredivisie clubs for the new season