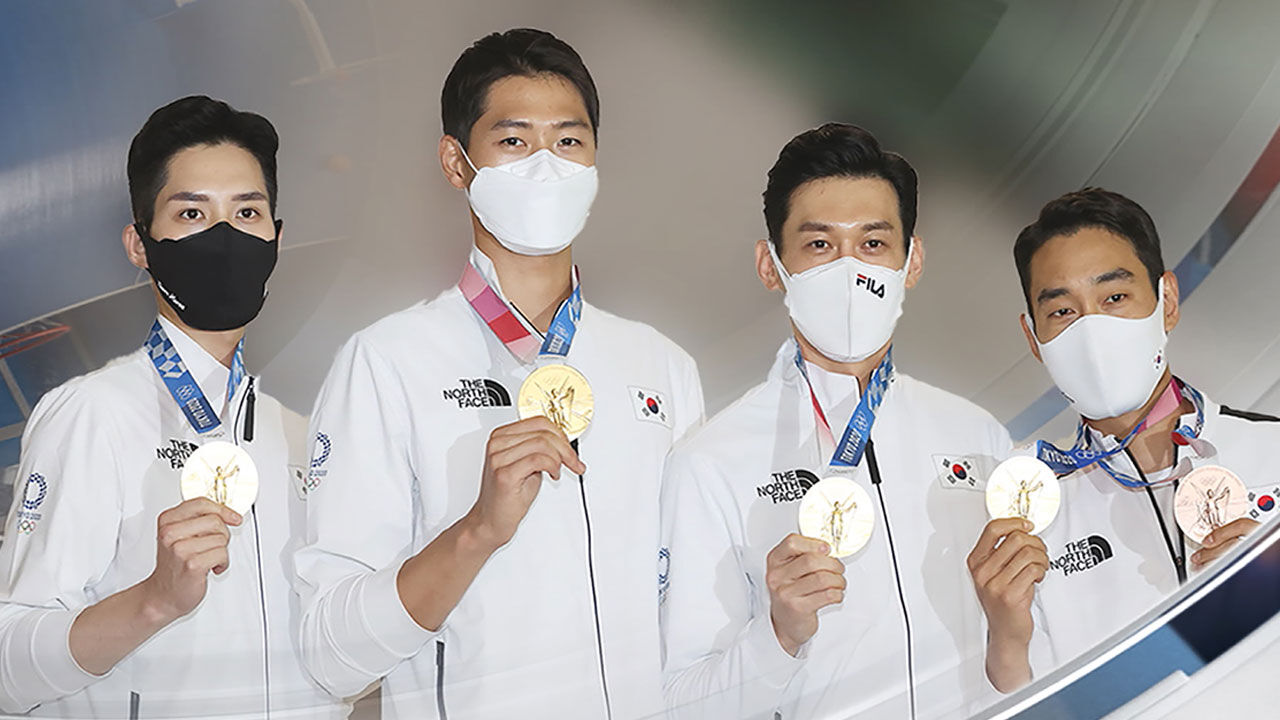 face of the Saber Four Musketeers who appeared at the arrival hall, the joy of last night (28th) remained as it was.

Kim Jung-hwan, the 'eldest brother', gave a proud medal to his wife, whom he met after two months, and smiled broadly.

[Kim Jeong-hwan/Saber National Team: It is now really real and happy that we were greeted so warmly.] Although I have

always been the 'world's strongest', the journey to the Olympic gold medal for the second time in a row was difficult.

Uneasy days continued in the aftermath of Corona 19,

[Kim Jeong-hwan / Saber national team: (preparation process) seems to have been more painful than ever before.]

Sang-wook Oh, the world's No. They were eliminated in the quarterfinals and suffered a sharp decline.

[Sangwook Oh / National Saber National Team: I didn't have a lot of confidence.]

However, in the team

, we encouraged each other and returned to the world's strongest.

[Gu Bon-gil / Saber national team: I keep raising my hand because I keep doubting it. Do not doubt] With

the support of the older brothers, 'youngest ace' Sang-wook Oh was completely revived, and the final victory was decided.

After the gold medal at the London Olympics 9 years ago, the athletes who have succeeded in replacing generations and have won the Olympics for the second time in a row are already looking at Paris three years later.