Kim Amb's hunt for an Olympic final: "It's a big dream"

At the London 2012 Olympics and Rio 2016, Kim Amb was one and a half meters from reaching the final in the javelin competition. In Tokyo, he wants to break that trend. - First and foremost, I want to make it to the final. It's a big dream, says Kim Amb to SVT Sport. 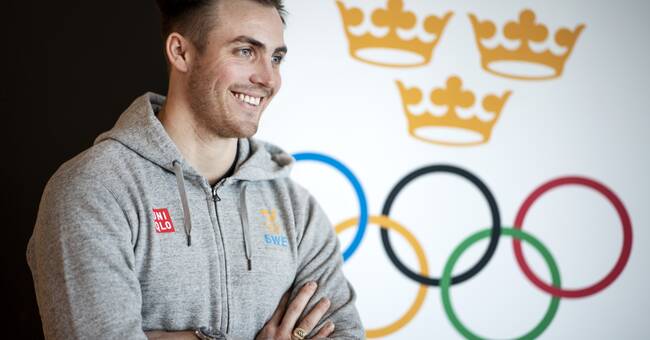 Javelin thrower Kim Amb comes from six months with good training but also a poorly timed injury - just over a month before the Olympics.

- I had a very good winter with very good training.

But in early June, I hurt my shoulder in a race.

So it has been a bit tough and I have not been able to throw in the way I wanted, says Kim Amb to SVT Sport.

After the feeling in the shoulder, there have only been three throws for Amb, who in 2020 made 21 throws over 80 meters.

- For me, it will be difficult to find the timing, but it will probably work out, he says.

And of course the preparations could have looked better.

But for the 30-year-old who is currently at a publishing house in Fukuoka, it's just a matter of looking ahead.

- It is clear that I wished it had been a little different.

That they had come in with a super good season in the back but that is not the case and I can not do anything about it either.

It's just to fully charge and make the best of the situation, says Amb.

The Tokyo Olympics will be Kim Amb's third Olympic Games.

A trend that he now hopes to break.

- My goal is to take me to the final.

Then I have to change my focus after that.

Being in the final would have been huge, it's a big dream, he says.

In the javelin competition, Kim Amb sees a clear favorite, but that the chances of a medal exist.

- The German Johannes Vitter has been fantastic and he probably has all his eyes on him, but after that it is quite open, Amb concludes.

Kim Amb enters the competitions on August 4 when the javelin qualifier begins.