Kim Je-deok, who choked on 'Fighting' "I feel like a typhoon is coming"

Kim Je-deok, who is challenging for the first three archery titles in history, said, "I will take on the challenge while having fun." Kim Je-deok defeated Malawi's Areneo David 6-0 in the first round of the men's individual archery event at the 2020 Tokyo Olympics held at the Yumenoshima Park Archery Field in Tokyo, Japan, and advanced to the second round. 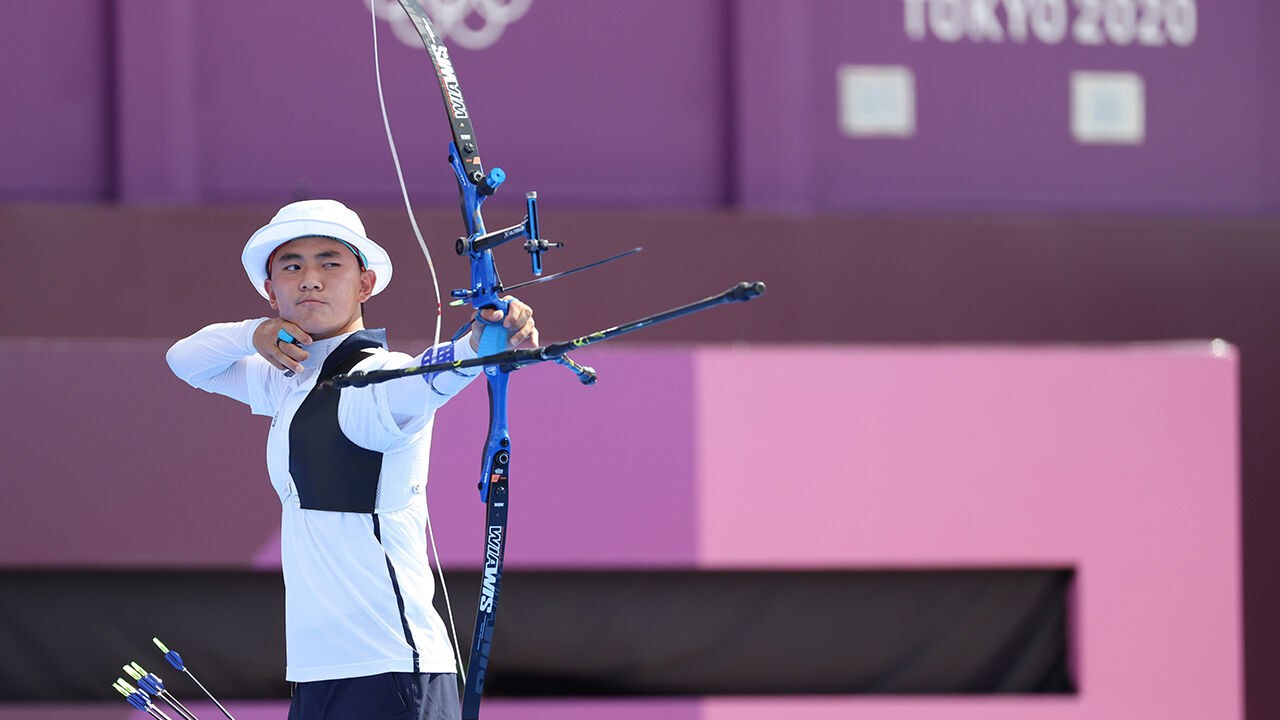 Kim Je-deok (Gyeongbuk Il High), who is challenging the first three archery titles in history, said, "I will challenge myself while having fun."

Kim Je-deok defeated Areneo David of Malawi 6-0 in the first round (round 64) of the men's individual archery competition at the 2020 Tokyo Olympics held at the Yumenoshima Park Archery Field in Tokyo, Japan, and advanced to the second round (round 32).

Since the mixed match was introduced from this competition, if Kim Je-duk wins the individual event, he will become the first three archery champions in the history of archery.

Uncontrollable winds blew because of Typhoon No. 8 approaching Tokyo, but Kim Je-deok won the victory without any shake.

After the game, Kim Je-deok said, "I can definitely feel a typhoon coming. The wind direction seems to be opposite to yesterday." He said, "I think we need to be more daring to aim and aim away from the center of the target. same," he said.

Kim Je-duk also said, "Because of today's individual match, I slept early yesterday, but my brothers (Oh Jin-hyuk, Kim Woo-jin) slept while having a conversation while eating sweets."

Woojin Kim and Jinhyuk Oh will start their solo exhibitions tomorrow (28th) and the day after (29th), respectively.

Kim Je-duk, who had been noticed by constantly shouting 'Fighting' in the mixed and team matches, was quiet in his first individual match.

Kim Je-deok said, "I'm very thirsty, so I'll play the game calmly and enjoy it rather than shouting out loud in the individual match."