Champions as precocious as musicians or mathematicians: "The adaptation of the nervous system to technique is key in childhood"

Precocity appears in Tokyo, adolescents and golden children. He does it abruptly in skateboarding, with a 13-year-old champion in a sport coming onto the Olympic program from a ... 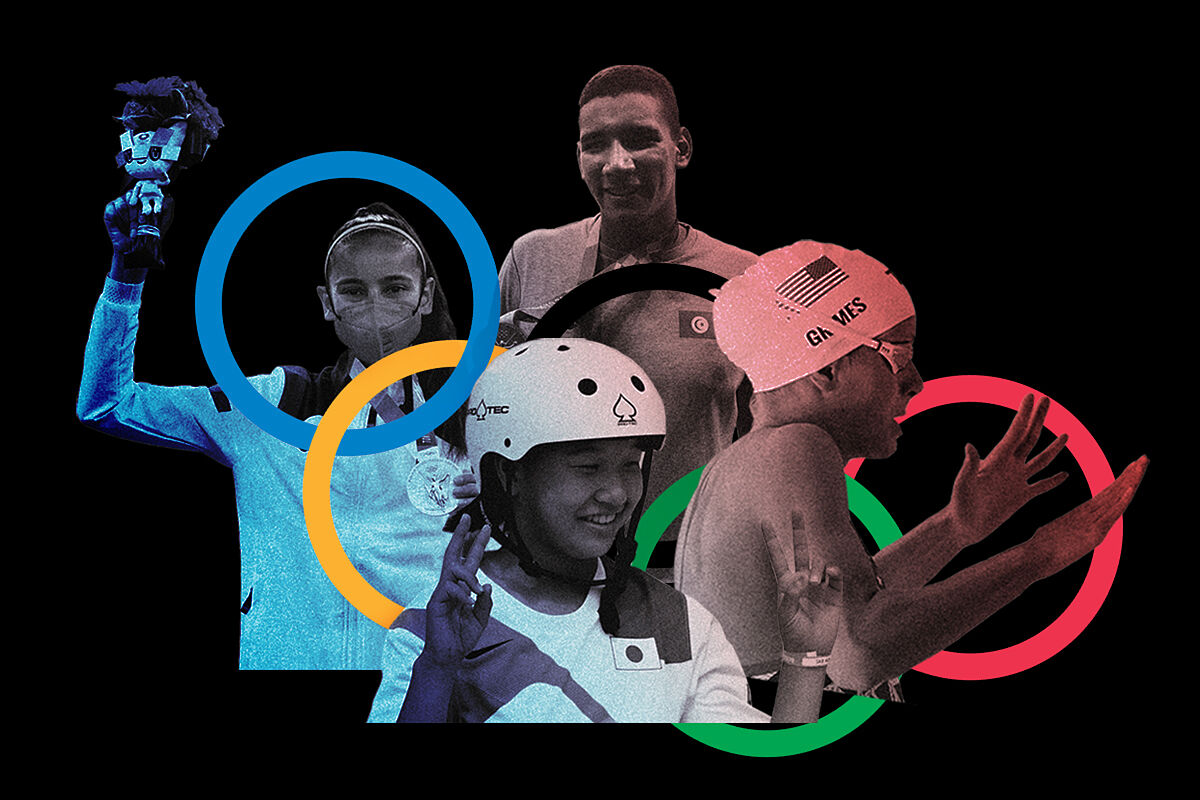 Precocity appears in Tokyo, adolescents and golden children. He does it abruptly in skateboarding, with a 13-year-old champion in a sport who comes to the Olympic program from a mostly children's practice. The podium, two from 13 and one from 16, was like recess. But he also returns with great prominence in swimming, where he has only just begun, football or combat sports, which have one of their examples in the first Spanish medalist,

, bronze in taekwondo at 17 years old. It is therefore appropriate to ask the reasons.

There is a parallel between

champion in Tokyo, and the one who advances her precociously in Olympic history by only 66 days,

, gold in trampoline jumping in Berlin 1936. According to

, former athletics coach and president of the Spanish Association of Sports Sciences, "their tests have a large component of technical ability and, furthermore, they are very unprofessionalized specialties." "As the money comes in, the sponsors, something that is going to happen in skateboarding, the age of the participants and champions will go up," he adds.

The sports most related to skill are, in the coach's opinion, those that can promote precociousness. The reason is that for its development, the technique must be acquired early and this favors the emergence of talents earlier than expected: "These are the cases of some footballers, swimmers, because they have to adapt their skills to a medium very soon. not typical of human life, fast-hitting fighters and not long-lasting fights or gymnasts. " Spain has two good examples in Tokyo: Pedri, 18, a national team player already named the best youngster of the last European Championship, and the aforementioned Adriana Cerezo, in taekwondo.

"In this type of sports - Martín Acero continues - early specialization benefits the adaptation of the nervous system to the necessary technique, as occurs with the precocity of musical, polyglot or mathematicians".

11 US MINORS IN THE POOL

While gymnastics limited precocity to avoid abuse of minors in training methods, with an age limit of 16 years imposed by the International Federation, swimming is, among the star sports of the Games, the one that traditionally contributes older medalists before coming of age.

The United States, which has brought a team of 52 swimmers to Tokyo, has among them 11 teenagers, that is, under 18 years of age.

in 800. Interestingly, Ledecky was 15 when she won in London. In the first final that she played and lost, this Monday, the North American swimmer, the 400 free, came in fourth place the Canadian

, 14 years old. A feat in the final, so far, of a higher level. In the Aquatic Center we have also seen the surprising gold of the Tunisian

For Martín Acero, however, the appearances of Grimes or McIntosh and Hafnaoui do not obey the same reasons, since in the United States and Canada there is "a critical mass of practitioners, in addition to technical experience in swimming, not comparable to that of Tunisia, where we find a very unique case. "

"With Grimes or other Americans," he adds, "it is the same as with sprinters in Jamaica or boxers in Cuba."

For the Spanish technician and specialist in Sports Sciences, it is not easy for us to observe a translation of the precociousness of the swimming pool to the Tokyo Olympic Stadium, when the athletics competitions begin, at the end of this week: "In the specialties that require wearing to the limit the physical capacities, like force or resistance, it is very difficult and occasional that a precocious success takes place without putting in risk the ceiling of improvement ". "The same thing will happen - he continues - in specialties where aerobic and anaerobic endurance is a limiting factor. In these sports we could say that there is an undesirable premature specialization".

The data from athletics support Martín Acero's explanations: only 17% of men and 21% of women classified among the top 50 in speed events with less than 18 years of age already reproduced it as seniors, according to the latest studies.

Technique, related to skill, is thus earlier than strength and endurance.

Tokyo Olympic GamesInterview with Alba Torrens: "Locked up in the room for 14 days, I have lived very beautiful moments"

Tokyo GamesA Caribbean island, the angles of a stroke and a slope in Pontevedra: the secrets for Tokyo by Javi Gómez Noya