Viktor Skritov, the UAE judo player, lost his inaugural match in the 32nd under-73kg tournament in the 32nd Summer Olympics, hosted by the Japanese capital, Tokyo, during the period (July 23 - August 8), with the participation of 11,839 athletes competing in 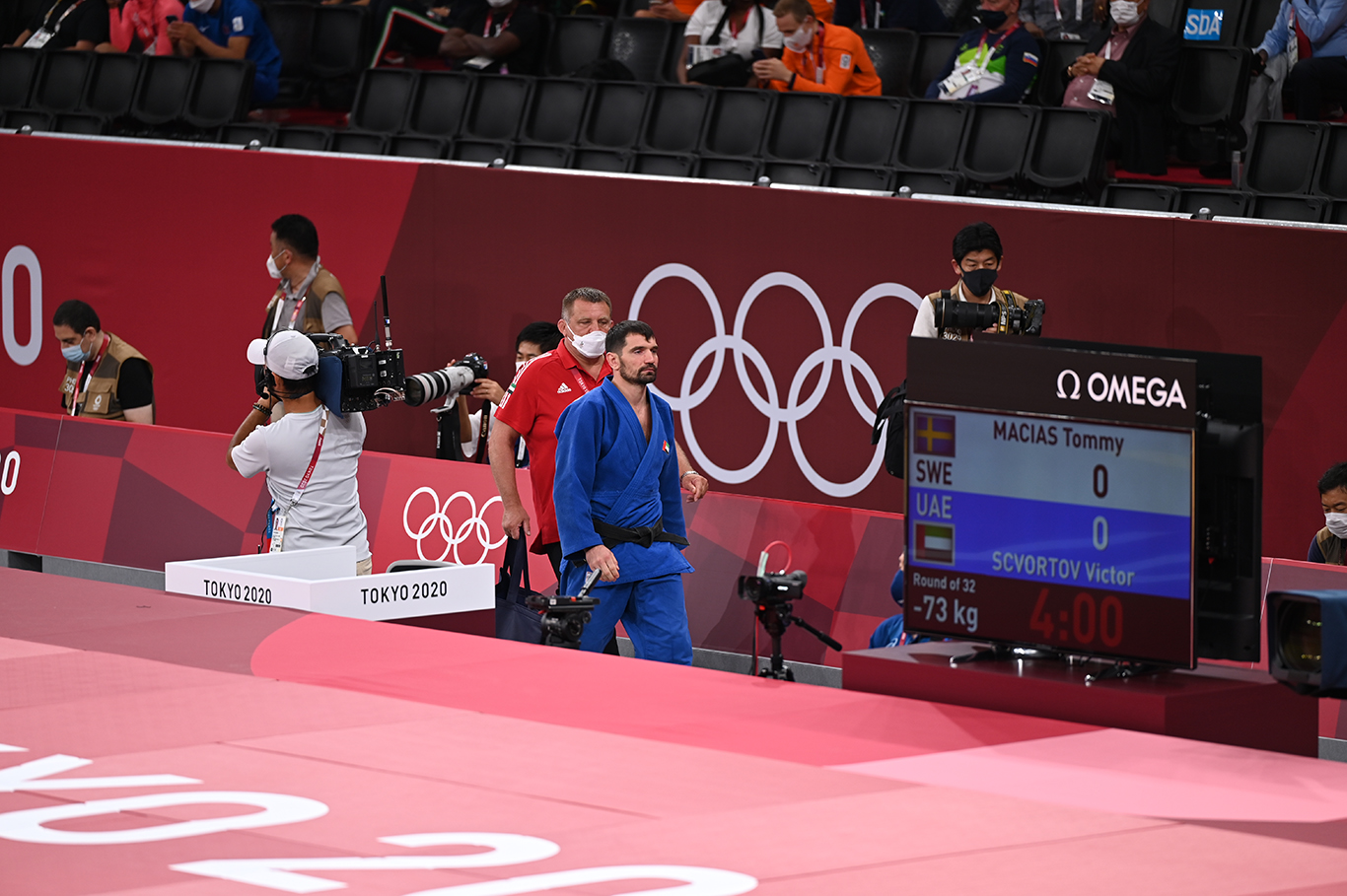 Viktor Skritov, the UAE judo player, lost his opening match in the 32nd under-73kg tournament in the 32nd Summer Olympic Games hosted by the Japanese capital Tokyo during the period (July 23 - August 8), with the participation of 11,839 athletes competing in 33 sports in 339 competitions in 48 facilities. athletic.

The opening match that Viktor Skrtov played against his Swedish rival Tommy Machias witnessed a sparring between the two sides of the match, as Victor advanced at the start before the Swede Machias equalized seconds before the end of the original match time to decide the match in his favor and qualify for the round of 16.

Our national team shooter, Saif Bin Fetais, ranked 24th in the final skeet shooting table with 117 points from 5 rounds divided over two days. The American Vincent Hancock won the third gold in his career after the 2008 and London 2012 golds, while the Danish Jesper Hansen won the silver in the competition, and the Kuwaiti won the Abdullah Al-Rashidi, bronze medal.

For his part, Saif bin Fetais explained that his participation and arrival at the Tokyo Olympics and his preparation for the event was not an easy matter in light of the closure of most clubs and sports facilities due to the conditions of the Corona virus Covid-19, which affected everyone, noting that he played the role of coach, administrator and shooter throughout the last stage, The period leading up to the Olympic Games witnessed great challenges in the preparation and establishment of internal and external camps and gatherings, and he thanked the National Olympic Committee, the General Sports Authority and the Archery Federation for their support and efforts throughout the past period.

, Sultan Al-Samahi, President of the Emirates Swimming Federation, confirmed that the participation of swimmer Youssef Al-Matrooshi in the Olympics is a new beginning for the player looking for excellence in swimming, pointing out that the support that the federation found from the General Sports Authority and the Olympic Committee was a motivation to qualify the player and approach the number Olympic qualification in the Egyptian International Championship.

Today, we celebrate the participation of national team swimmer Youssef Al Matroushi, and we know that it is not the end for the swimmer who is always looking for development and approaching records, as Youssef Al Matrooshi has nearly 35 records registered in his name, which means that he is the best in the history of Emirati swimming so far in numbers. achieved when he was only 19 years old.

The President of the Swimming Federation thanked the National Olympic Committee for its support of athletes in general in the Emirates in order to reach the podiums and raise the state flag in international forums, the UAE sport will soon be on a date with a great boom, especially after the decision of His Highness the President of the State Which allowed residents and people born in the country to participate in Emirati sports, which increased the base of participants in the games and will contribute in the future to the strength of the competition, and this will have an impact in the near future. He added, “We congratulate all the athletes participating in the Tokyo Olympics, this exceptional tournament that will allow a new group of Emirati athletes participating in this global international forum, "Al

Today, Yousef Al-Matrooshi, the swimmer of our national team, is competing in the 100-meter freestyle race in the Tokyo Olympic Games, which will be held at the Tokyo Aquatics Center, which hosts swimming, synchronized swimming and diving competitions. The center, which cost 516 million dollars to build, can accommodate 15,000 spectators in the Tokyo Bay area.