Wevers after missing out on the final: 'Gymnastics has been destroyed and that was not necessary'

Defending champion Sanne Wevers had a difficult day in qualifying on beam at the Olympic Games on Sunday. The 29-year-old Frisian missed her father and coach Vincent Wevers, who was not allowed to be present in Tokyo due to cross-border behavior, and did not qualify for the final. 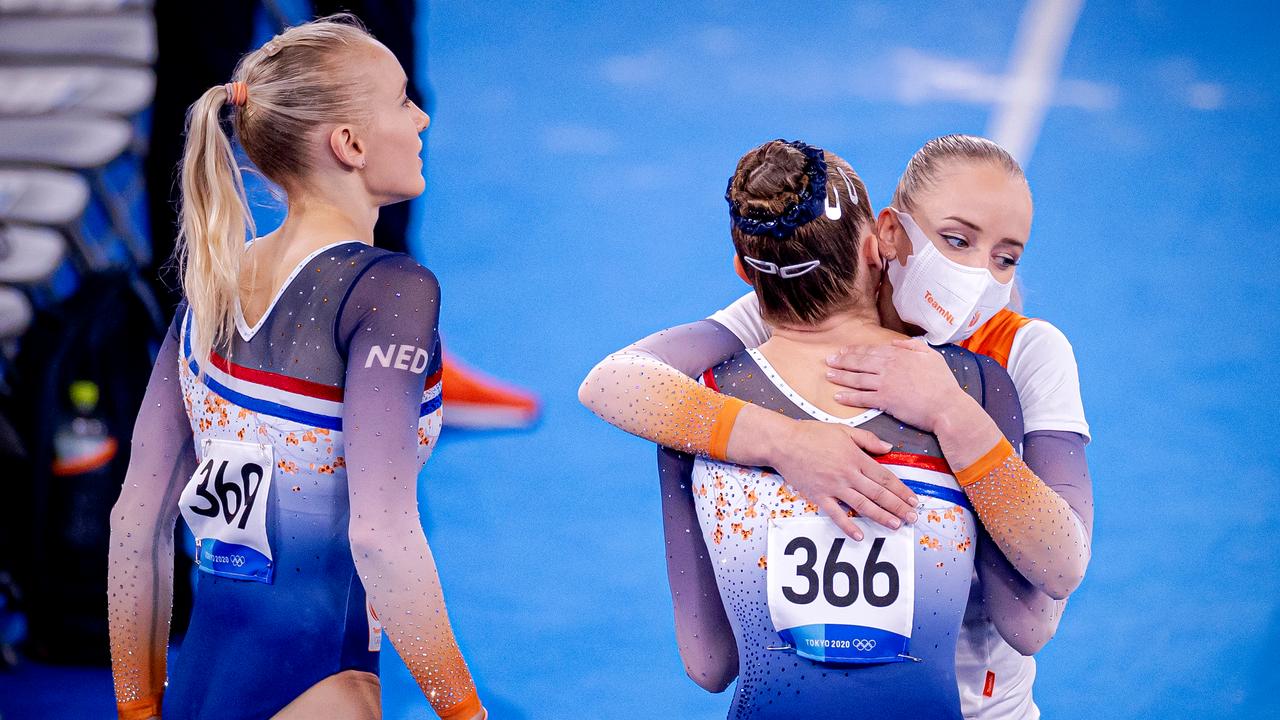 Defending champion Sanne Wevers had a difficult day in qualifying on beam at the Olympic Games on Sunday.

The 29-year-old Frisian missed her father and coach Vincent Wevers, who was not allowed to be present in Tokyo due to cross-border behavior, and did not qualify for the final.

"I am here with mixed feelings. I am sorry that Vincent is not here and I am sorry that our sport has been destroyed. It should not have been necessary. There is a lot of pain," said Wevers, who took part in Rio five years ago. Janeiro surprised with Olympic gold.

Her father was named Coach of the Year at the NOC*NSF Sportgala at the end of 2016, but now everything is different.

Last year Vincent Wevers - like many other coaches - was accused of misconduct by former gymnasts.

The situation is complex for the gymnast, who does not recognize the image painted of her father.

"I am very concerned about the future of gymnastics. Hopefully there will be a new generation of gymnasts who will have the opportunity to do things differently," said Sanne Wevers.

"We have to move forward. This sport is too good to let go."

For a while it seemed that Vincent Wevers was allowed to coach his daughter and also daughter Lieke Wevers in Tokyo.

He successfully challenged the decision of the gymnastics association in the subdistrict court, but the court in Arnhem ruled in summary proceedings that the KNGU had acted lawfully.

It disrupted Weaver's preparation for Tokyo.

"I missed my father here. Very much. Would I have performed better under normal circumstances? I don't know. That is speculation."

"What-if scenarios simply don't count in top sport. I started my exercise faltering, but I'm quite satisfied with what I showed afterwards. It just wasn't enough for a place in the final. It's just very difficult to win that final battle to get."

Sanne Wevers during her exercise.

Sanne Wevers during her exercise.

Due to the absence of her father, Wevers doubted whether she should participate in the Games.

"It's hard to be happy with the fact that I've been here now."

"As a little girl I had a dream to participate in the Games. Everything that has happened has made it blurry. But in the end it is in me. I still love this sport very much. I am here because I like gymnastics and work hard every day in training."

Wevers remained vague about her future and possible participation in the World Cup in Kitakyushu in October.

"I'm going on vacation first. I'm not thinking about the World Cup now. It also depends a bit on how the KNGU handles the whole situation."

See also: View the medal table with the Netherlands in the top fifteen