The Japanese Yuto Horigome became the first Olympic champion in the history of skateboarding in the men's street category on Sunday at the Urban Sports Park Ariake in Tokyo. 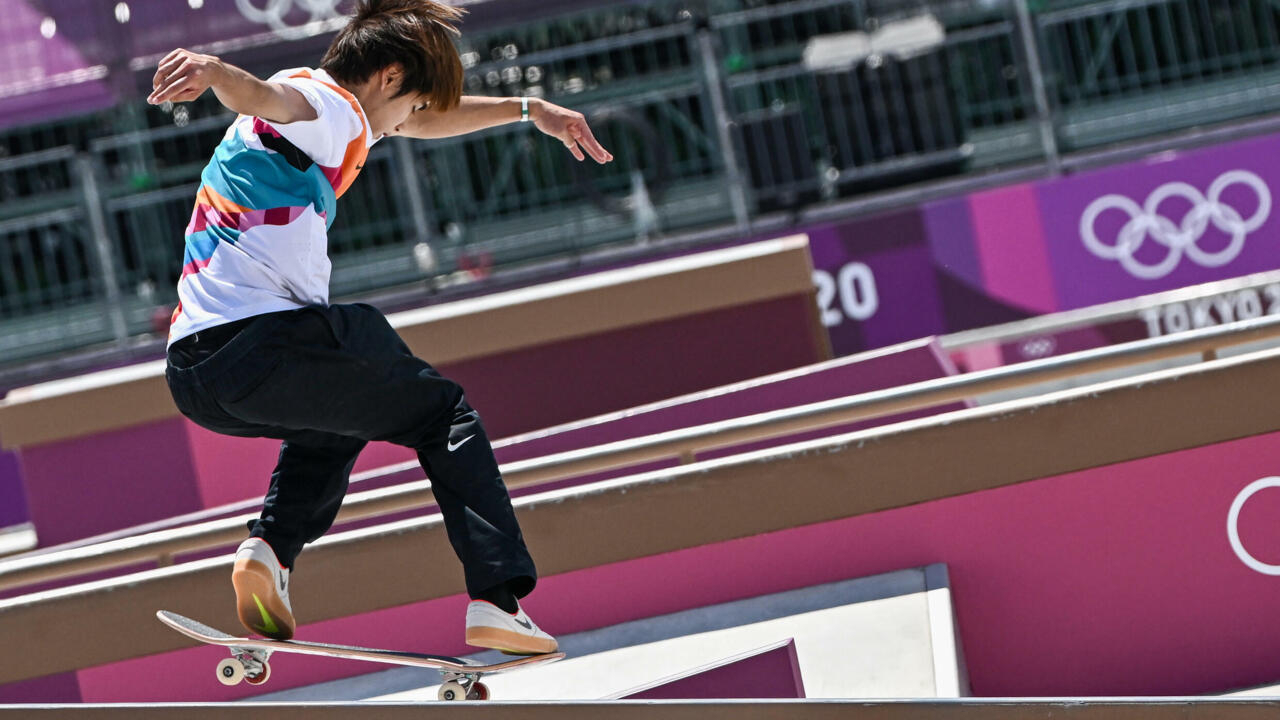 He makes history at home.

The Japanese Yuto Horigome became on Sunday July 25 the first Olympic champion in the history of skateboarding, an additional sport at the Tokyo Olympics, in the men's street category.

He beat the Brazilian Kelvin Hoefler and the American Jagger Eaton.

Skateboarding, better known for being an urban leisure activity than a top-level sport, entered the Olympic program to rejuvenate the audience.

Yuto HORIGOME wins the first gold medal in skateboarding in the history of #Olympic Games!

🥇🇯🇵 @MilouVincent fails at the foot of the podium in the Street Gentlemen final!

It did not go far!

Horigome, who lives in Los Angeles like many skaters, excelled on 'best tricks'.

Youthful look at the Olympics

Street is one of the two disciplines offered at the Olympics with the park (or bowl).

In street, the skater must string together very technical tricks (figures) on modules reminiscent of street furniture such as ramps.

In competition, the riders must string together two runs of 45 seconds each and then launch five tricks (all in turn).

Only the three best scores out of the seven obtained are taken into account for the final score.

Five judges rate the performances, taking into account in particular the creativity and the quality of execution.

Street superstar American Nyjah Huston did not shine in Tokyo on Sunday.

The tattooed skateboarder was content with 7th place (26.10) out of eight finalists.

Aurélien Giraud, one of the two French representatives, seemed untouchable in qualifying but he made more mistakes in the final.

he took sixth place while his compatriot and friend Vincent Milou failed at the foot of the podium.