Kang Chae-young, who wiped away her tears 5 years ago... "The medal tastes good"

It was an even more special gold medal for our team captain, Kang Chae-young. Five years ago, I washed away the pain of losing my Olympic ticket by just one point and crying. 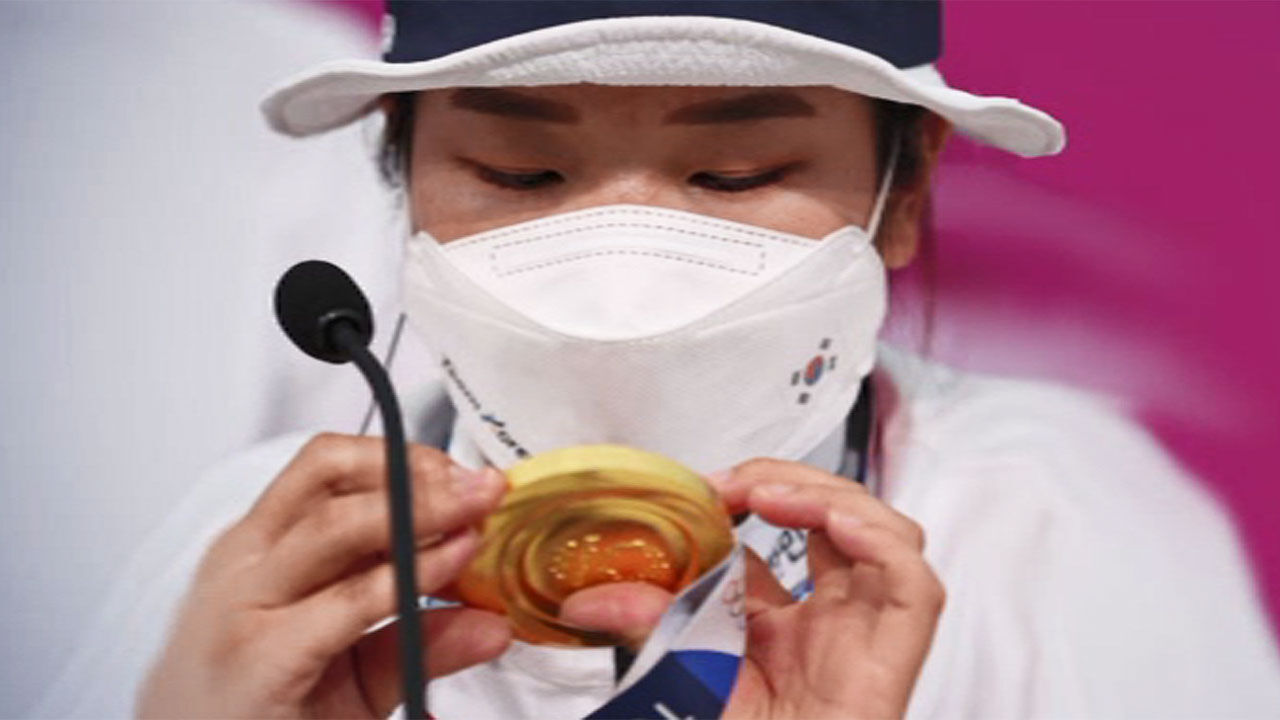 It was an even more special gold medal for our team captain, Chae-Young Kang. Five years ago, I washed away the pain of losing my Olympic ticket by just one point and crying.

Next is reporter Seo Dae-won.

Kang Chae-young, who had been attracting attention as a big prospect from an early age, was unfortunately eliminated in 4th place in the 2016 Rio Olympics representative selection at the age of 20.

The difference in score with 3rd place Hye-jin Jang is only one point.

[Jang Hye-jin: What about Chae-

[Kang Chae-young / Archery National Team: (Olympic Games) became more desperate. Because I was eliminated by one point. But I think I've grown a lot since then.]

After that, I wiped away my tears and grew into an ace.

In 2018 and 2019, they set new world records one after another and climbed to the top of the world rankings, and won a ticket to Tokyo with overwhelming first place in the representative selection that was more difficult than the Olympics.

In the Olympic women's team, which consists of all new faces, the 25-year-old eldest sister, Kang Chae-young, who has extensive international stage experience, took on the captaincy and led the juniors.

Our players, who were united around Kang Chae-young, exchanged 'thumbs up' and became each other's strength.

In the third set of the final, where the gold medal was in sight, Kang Chae-young paused as if nervously and then shot 8 points, but immediately Min-hee Jang scored 9 points and Ansan 10 points, writing a new history with a fantastic breath that relieves the burden.

[Gangchaeyoung / archery national team: each runner good at praise and encouragement to each other was such a goal, it seems, while the game was praised haejumyeonseo good results as encouraging as these pose.]

[Gangchaeyoung / archery national team. I like the medal taste]

5 Chaeyoung Kang, who wiped away tears from years ago with the joy of Tokyo, competes for medals in good faith with her juniors in a solo exhibition.