First medal for the African continent in the Tokyo Olympics. Taekwondoist Mohamed Khalil Jendoubi narrowly lost in the final of less than 58 kilos on Saturday against the Italian V… 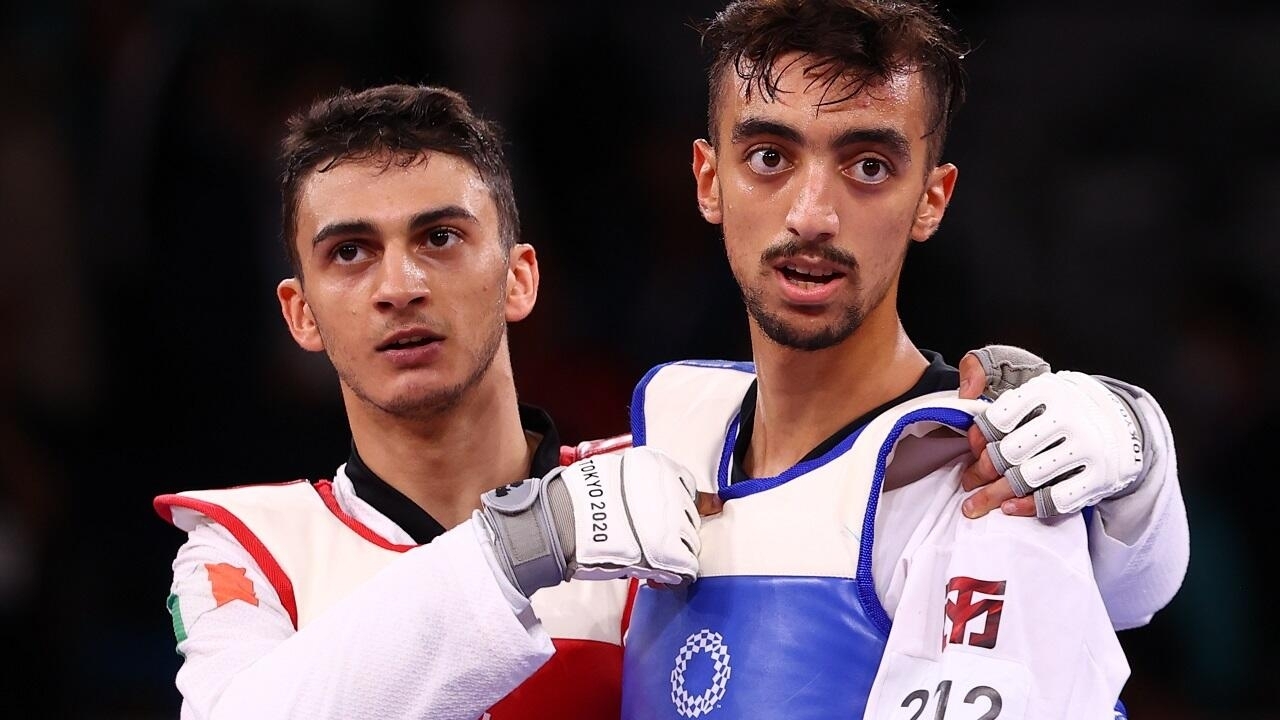 Unisian taekwondoist Mohamed Khalil Jendoubi (right) congratulated by Italian Vito Dell'Aquila after his victory in the final of the Olympic Games on July 24, 2021. REUTERS - MURAD SEZER

First medal for the African continent in the Tokyo Olympics.

He is a silver medalist, which had not happened to a Tunisian athlete at the Olympics for almost 50 years.

At barely 19, the Tunisian is Olympic vice-champion.

Gold medalist at the 2019 African Games in the under 58 kilos, then at the African Championships in early June in Senegal in less than 58 kilos, the taekwondoist now has an Olympic medal.

He was adorned with silver, Saturday, July 24, by winning his first three fights before losing narrowly in the final.

The only Tunisian representative in taekwondo in

began with a 25-18 victory over Russian Mikhail Artamonov (under neutral banner).

He was then imperial in the quarterfinals against the Ethiopian Solomon Demse (32-9).

In the final, the Tunisian found himself facing the world number two, the Italian Vito Dell'Aquila. This fight for gold has long been to his advantage. By hitting his opponent quickly in the body and head, Jendoubi took the upper hand in the first round. The Italian reacted then but was still behind in the score. It was in the last seconds of the third round that the Tunisian broke down, taking several blows to the body. Dell'Aquila took the advantage and won with a short lead (16-12).

Mohamed Khalil Jendoubi did not hide his disappointment at the end of his fight, but his result remains exceptional.

He is the first African athlete to medal at these Games.

It also brings Tunisia its 14th Olympic medal in its history: 4 in gold, 3 in silver now, and 7 in bronze.

Tunisia's last silver medal at the Olympics dates back to that won by athlete Mohammed Gammoudi over 5,000m in the 1972 edition.