It took three minutes for Sirius to break the deadlock against Degerfors. When Degerfors also helped to put 2-0 in their own goal, it became even more difficult for the away team. It would be too difficult - Sirius kept the distance and won 2-0. 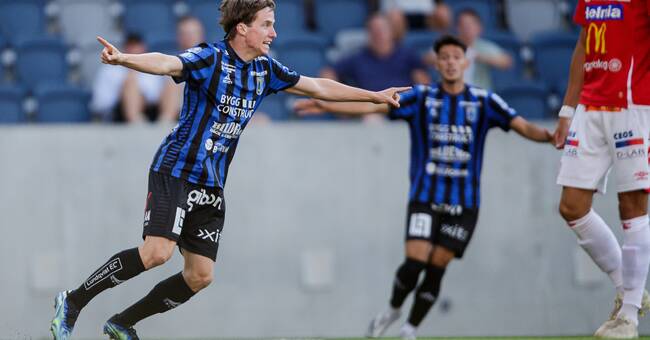 Thus, Sirius broke its negative trend after two previous losses in a row.

0-4 against Malmö and 1-5 against Djurgården last.

And the home team could have had a bigger lead after the first half.

After Johan Karlsson's early 1-0 and Gustav Granath's unfortunate 2-0 nod in his own goal, it was Christian Kouakou who had the chances.

First in the 21st minute, when he got a free kick in the penalty area, but shot straight at Degerfors goalkeeper Ismael Diawara.

And then in the 50th minute, when he got a new open position, but this time he shot the ball outside.

But Kouakou did not have to worry about the team.

- We worked really hard for each other.

Degerfors was not really there mentally and we continued to work hard, and then came both 1-0 and 2-0 and gave us extra lighter fluid, says Sirius Jacob Ortmark, formerly in Degerfors, to Discovery +.

Heavier for Degerfors who collected the third straight loss.

And who has only scored one goal in the last three matches - and conceded 12.

However, there was no shortage of opportunities for Degerfors, mainly in the second half.

But if Sirius goalkeeper David Mitov Nilsson did not save, they shot the ball outside in open positions.

- It was not simply our day.

We have to put a harder job on the defensive, says Degerfors Sebastian Olsson to Discovery +.