The Norwegian men's national team got off to a dream start in Olympic handball in Tokyo. Norway turned around and won the premiere against Brazil by 27-24. - We show class and rise, says the Norwegian star Sander Sagosen. 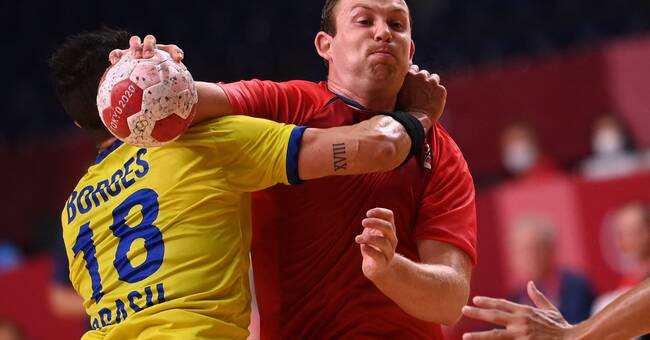 The Norwegians were down in the half with 12-13.

But after the break, the team recovered and won the tournament's first match with three balls.

He had then made four technical errors and missed four shots.

- I am on the field to play handball and to score goals.

If I do not do it, I have nothing to do there, Sagosen says to NTB.

But in the second half he showed his best side with four goals in the space of ten minutes.

He eventually became the top scorer in the match with eight goals.

It was early in the morning and it is a new situation to be in an Olympic match, but we show class and rise and take it, Sagosen says to NTB.

Other teams in Norway's group are France, Argentina, Germany, Spain At 07.15 Swedish time, the Swedish men will play the premiere against Bahrain.