Clouded in tears, a few seconds after losing the fight of her life, Adriana Cerezo approached her rival, the Thai Panipak Wongpattanakit, and raised her arm as ... 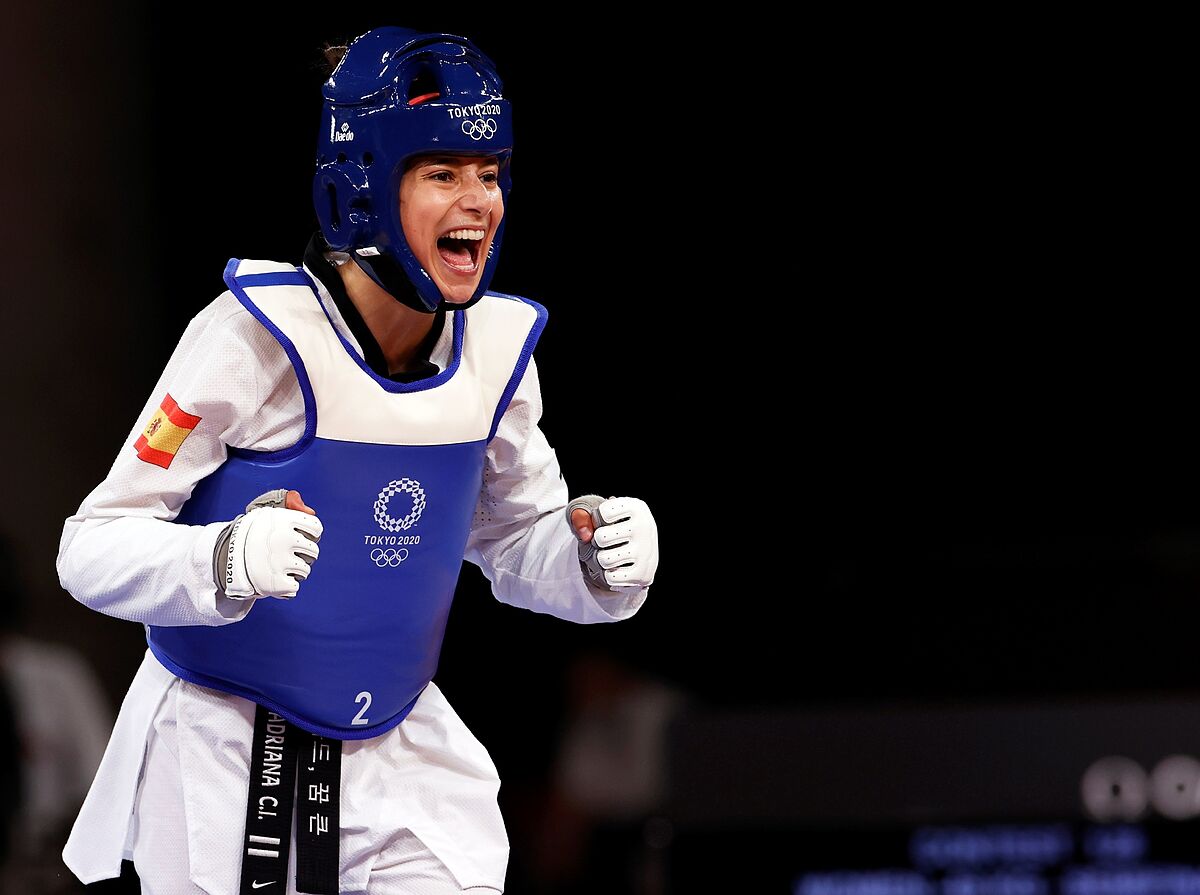 Clouded in tears, a few seconds after losing the fight of her life, Adriana Cerezo approached her rival, the Thai Panipak Wongpattanakit, and raised her arm in recognition of her victory. She cried and cried, but there she was afterwards, in the center of the tatami, applauding the new Olympic champion. Cerezo left the Tokyo 2020 Olympic Games with a single loss and many wins. His silver was the first medal for Spain and his attitude, a gift for a sport in need of new references. Despite the fact that he missed the gold with five seconds to go, despite the fact that it escaped him due to a kick received in the chest when he no longer expected it, his good loss was the culmination of his adolescent success, the glory at 17 years .

Because, although he finally fell, from before, from nine hours before, from four fights before, Cerezo had stormed fame with his character as an argument. In his Olympic debut, he appeared at Tokyo's Makuhari Messe Hall, a gigantic convention center, bursting with laughter and waving to the stands, where there were only half a dozen coaches and federatives. From the beginning to practically the end he enjoyed it, boy did he enjoy it. A smile on the mouth with each kick and even some gesture of enjoyment on the tatami, like when, in the quarterfinals against the Chinese Wu Jingyu, a double Olympic champion, a double Olympic champion!, She flexed her legs as if she were a defender of basketball. It was not a joke, it was that it flowed, even that it played.

"I really enjoy this, I enjoy it a lot, even if I suffer in a fight I enjoy it," he admitted to the race just after the semifinal at the only time he was in a hurry: the mixed zones. It was not from talking, and even from speaking into microphones, a time when she was comfortable, it was because they stopped her too long and she needed rest to reach her goal: gold. The radios, in an Olympic tradition, connected her with her parents, who spoke to her from their home in Alcalá de Henares, and she was grateful for it, but demanded that her emotions stop later, for when everything was over. "I'm going to go all out," he said and finally stopped for a few seconds.

The fatigue hurt her, as she looked slower in the final than during the whole day, and especially the strategy of the Thai Wongpattanakit. The new Olympic champion, who had to analyze the whirlwind that Cerezo caused in the previous qualifiers, stood on the mat with a single objective, to slow down her momentum, and she succeeded. His strategy was to always stay away, always on guard, and wait for the Spanish to stop. Cerezo's best move, the high kick, was canceled. And so victory was impossible.

Cerezo's silver is the seventh medal for Spain in the history of the Games, which confirms it as a national sport above judo, for example.

When it was an exhibition, podiums were already accumulated, but since it entered the Sydney 2000 Games as an official discipline, they have multiplied: from Gabriel Esparza's silver in 2000 to Eva Calvo and Joel González's silver and bronze in the Rio Games 2016, passing by Briggite Yagüe's silver in the London 2012 Games in the same category as Cerezo, that of the lightest women.

Spain already has a new benchmark.

Spain already has a medal in Tokyo.