`` Quick, Adriana! '' echoes through the Makuhari Messe Hall, a gigantic convention center on the outskirts of Tokyo, but before the shout even reaches the ... 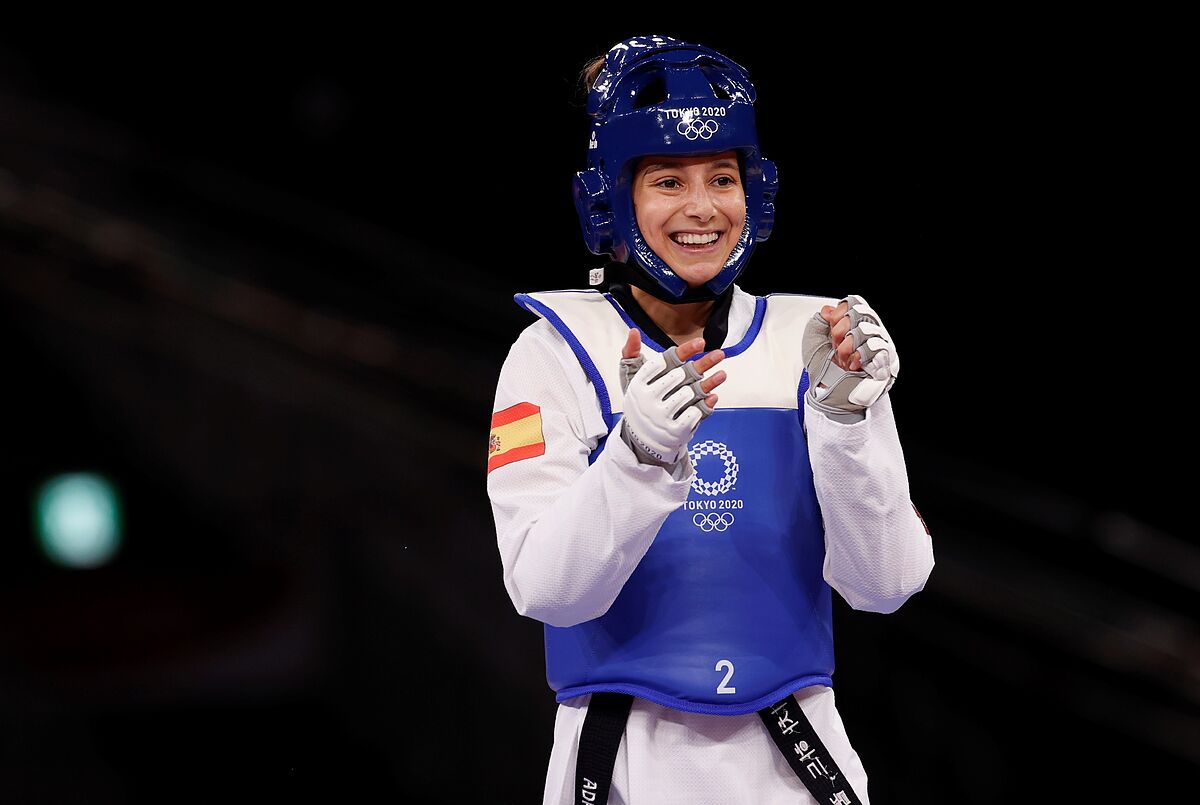 "Quick, Adriana!" Rumbles at Makuhari Messe Hall, a gigantic convention center on the outskirts of Tokyo, but before the scream even reaches Adriana's ears, Adriana has already kicked her in the face. her rival in the semifinals, the Turkish

It has happened that Adriana,

, was born for this.

It has happened that Adriana, Adriana Cerezo, is going to be a legend.

In the absence of tonight's final count the Thai

(2.30 pm), at 17 Cerezo already has an Olympic medal, it remains to be known whether gold or silver.

And, despite the precociousness of the achievement, that is not the best. Cherry enters the huge enclosure where he is going to fight and laughs. He gets on the mat and laughs. He hits his opponent with a blow in a new, invented, very strange posture and laughs, laughs a lot. The best thing about his performance is the feeling of enjoying himself, something unusual in contact sports, something that is contagious. His creativity, his ability to attack with both legs and their range of motion surprises even the untrained eye, but enjoyment is his best weapon.

"Quick, Adriana!", The technicians present in Japan shout at him - his coach was not summoned, he is in San Sebastián de los Reyes - and he quickly resolves the fight, as he quickly defeated the previous ones.

In the round of 16 she defeated the Serbian Tijana Bogdanovic, the current Olympic runner-up, and in the quarterfinals she overwhelmed the Chinese Wu Jingyu, Olympic champion in Beijing 2008 and London 2012, until she, already with 33-2 on the scoreboard, opted for the retreat.

"Now I'm going for everything. If I have to settle, I'll settle, but I'm going for the gold. Even suffering I've enjoyed, I've enjoyed a lot, I always enjoy," he acknowledges at the end, still between gasps, and he doesn't have to say : It is obvious. Cerezo, from Alcalá de Henares, who fell in love with martial arts watching Bruce Lee movies with her grandfather, who overcame her parents' misgivings about fighting, who took a few years to love the competition, is already the first medalist in Spain At the olympic games. Before even starting college, just a month and a half after getting a 13 in Selectividad and enrolling in Criminalistics, he has already reached the peak that so many yearn for.

Your time up there is incalculable right now.

In April when she was proclaimed absolute European champion in her first participation, it was already noticed that something extraordinary was happening, in May when she won the Pre-Olympic, the phenomenon was confirmed and now at the Tokyo Games, Cerezo is already history.