Today, Friday, sports fans in all its forms are awaiting the opening of the Tokyo 2020 Olympics, which will be held over two weeks from July 23 to August 8. Although Arabs may not be in the list of the best in the history of the Olympics in terms of medals, but 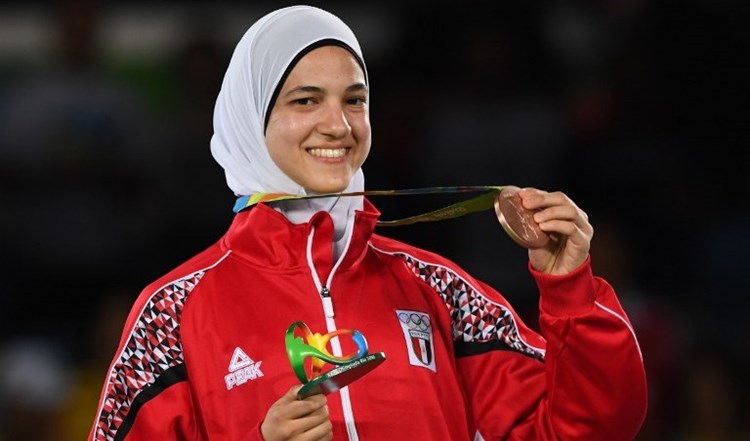 Today, Friday, sports fans in all its forms are waiting for the opening of the Tokyo 2020 Olympics, which will be held over two weeks from July 23 to August 8.

Although the Arabs may not be on the list of the best in the history of the Olympics in terms of obtaining medals, throughout history many Arab athletes who raised the flags of their country in the various Olympic Games appeared.

The dream still exists in the Tokyo 2020 Olympics, as the various Arab sports missions include a good number of athletes who have drawn attention in recent years, and their countries and the entire Arab world are waiting for them to return from Japan with medals.

Athletics, in which Arabs often climbed the podiums in its various competitions, seems the closest to achieving what the Arabs want in the Tokyo Games.

In the mother of the games, which represents the largest number of Arabs in the history of the Olympic Games with 45 medals, Qatari Mutaz Barshim is poised to win the gold medal in the high jump competition.

Barshim, the world champion in the high jump in 2017 and 2019, holds the best number among active athletes in this discipline with a jump of 2.37 metres.

Barshim aspires to win gold in Tokyo after being satisfied with silver in Rio de Janeiro.

In the same competition, the Syrian Majd Al-Din Ghazal aspires to win a medal for his country after two previous participations in the Olympic Games.

Algerian runner Taoufik Makhloufi, who won a gold and two silver medals at the London 2012 and Rio de Janeiro Games, hopes to confirm his good form in the recent period to win a new gold in Tokyo in the 800 and 1500 meters races.

Moroccan runner Sofiane Bakkali is also a strong candidate for a medal in the three thousand meters steeplechase, and he is the silver medalist of the world championships in this race in Doha in 2019.

Sports The sports of wrestling, taekwondo, judo and boxing were the pleasant surprise for the Arabs in Rio de Janeiro, and the Arab athletes participating in these competitions hope to achieve a new achievement in Tokyo.

In turn, Tunisian wrestler Marwa El Omari, who won bronze in freestyle wrestling in Rio de Janeiro, hopes to win a new medal for her country in Tokyo.

Tunisian Ines Boubakri, an Olympic bronze medalist in the Rio de Janeiro fencing event, is also counting on achieving at least a similar feat in Tokyo.

In terms of men, it is expected that the UAE will compete for a medal in judo through champion Victor.

In the rest of the individual sports, the Arabs' attention is directed to shooting competitions (several participants from the Emirates and Kuwait), swimming (Tunisian Osama Mellouli), and tennis (Tunisian Anas Jaber), to collect medals.

In team sports, the hopes of the Arabs depend on the Egyptian handball and football team, to make the event in the Tokyo Olympics.