Tokyo 2021: Africans to watch at the Olympics

At the 2016 Rio Olympics, African delegations won 45 medals, including 10 gold. At the Tokyo 2021 Olympic Games, will Africa do better? Here are ten athletes and teams from the continent ... 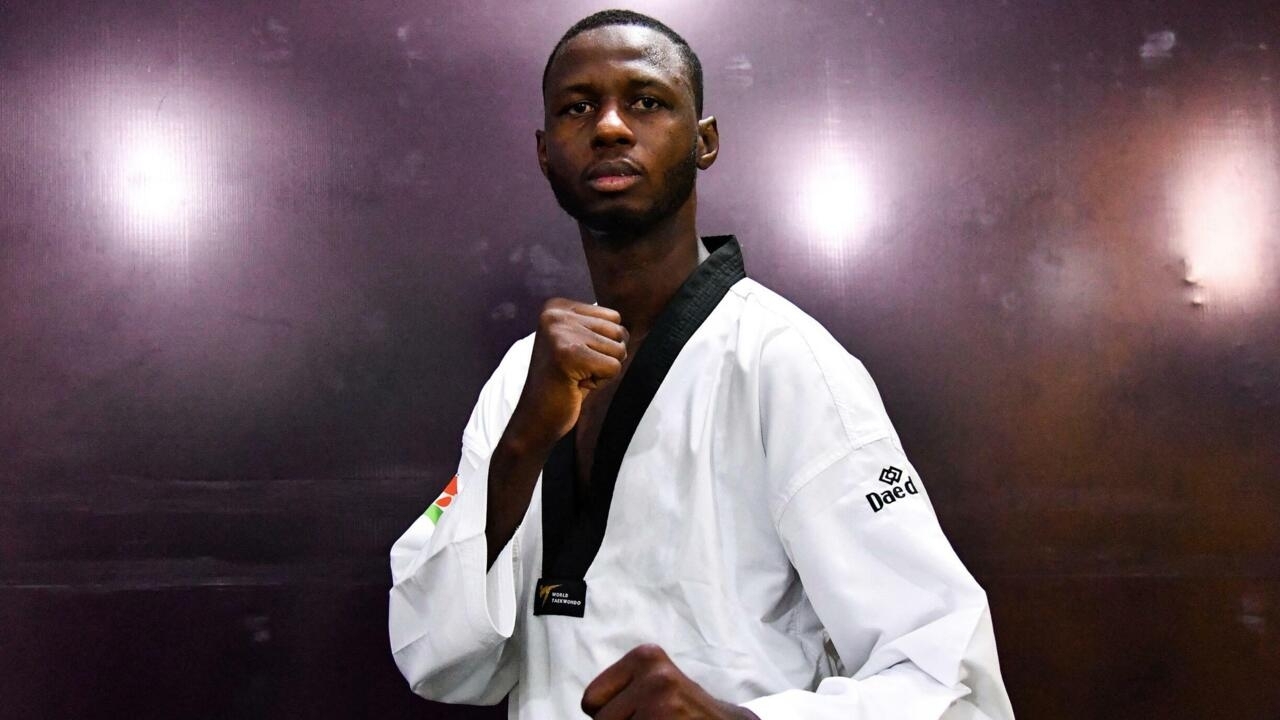 Tokyo 2021: Africans to watch at the Olympics

At the 2016 Rio Olympics, African delegations won 45 medals, including 10 gold.

At the Tokyo 2021 Olympic Games, will Africa do better?

Here are ten mainland athletes and teams to watch in Japan.

With Cheick Cissé and Ruth Gbagbi (Ivory Coast) or Anthony Obame (Gabon), Africa will still be very well represented at the Olympic Games.

Silver medalist in Rio in 2016, Abdoul Razak Alfaga can legitimately pose as one of the favorites for the heavyweight title in Tokyo.

Seriously injured at the end of December 2019, the Nigerian perhaps paradoxically took advantage of the postponement of the Olympics to approach the tournament in better shape.

Bronze medalist at the Rio Games, the Tunisian has written new pages in the history of African fencing.

In Tokyo, the one who excels in both épée and foil intends to take a new step: either by winning silver as the Egyptian Alaaeldin Abouelkassem had done in London in 2012. Or by becoming the very first African Olympic champion in the discipline, men and women alike.

Second at the 2017 Worlds and third at those of 2019, the Moroccan struggles in the middle of fierce East African competition, over 3,000 meters steeples.

Fourth in Rio, the young founder can do better than his compatriot Ali Ezzine, bronze medalist in 2000.

Nigerian basketball has been euphoric in recent years, as illustrated by the titles of the women's national team, two-time African champion and quarter-finalist at the last World Cup, and those of the men, recent scorers from the United States and Argentina in preparation for the 2021 Olympic Games. After any performance at the 2012 and 2016 Olympics, the D'Tigers want to surprise in Tokyo.

Sure bets of rugby sevens, the Blitzboks won bronze in Rio in 2016, as they did at the 2018 World Cup. For the South Africans, these Olympic Games have a dual objective: to win gold and prepare for the best. World 2022 which will take place on their land.

It remains to be seen how the gang at Selvyn Davids digested a long period of stressful isolation, due to the positive Covid-19 test of their coach Neil Powell.

Three times world champion, the Egyptian represents the best chance for an African medal in the discipline, in Tokyo, with the Moroccan Btissam Sadini and the Algerian Lamya Matoub.

For this icon of Egyptian sport, winning the land of karate would be a supreme success.

The South African arrives in full confidence in Tokyo.

She finished second in the Tour of Italy (Giro Rosa) with a stage victory.

Experienced and versatile, Ashleigh Moolman will line up in the road race and then in the individual time trial.

With the hope of doing better than at the London Games and at the Rio Games.

In Rio, the Nigerian created a sensation by becoming the first African table tennis player to reach the quarter-finals of an Olympic tournament.

Used to rubbing shoulders with the best, “Rocky Aruna” (his nickname) hopes to make his way to a medal, in the midst of fierce competition from Asia in particular.

The Ivorian experienced a real trauma at the Rio Games where she finished fourth twice.

In the 100 meters, she was edged one thousandth of a second by Jamaican Shell-Ann Fraser-Pryce.

In great shape before the 2021 Olympics, Marie-Josée Ta Lou will however face very strong competition.

Will the triple jumper give Burkina Faso the first Olympic medal in its history?

Bronze medalist at the 2019 Worlds, the Burkinabe is aiming for gold in Tokyo and has every reason to believe it: last January, he broke the world record for the triple indoor jump, with a mark at 18.07 meters .

Outdoors, he signed one of the best performances in the world of the year, with 17.82 meters. So…