Pita Taufatofua, the return of the standard-bearer of Tonga: "I said no to Hollywood"

They may not remember his name, but they will surely remember his outfit. Even before the Rio 2016 Games begin, at the inauguration, the standard-bearer of Tonga, Pita ... 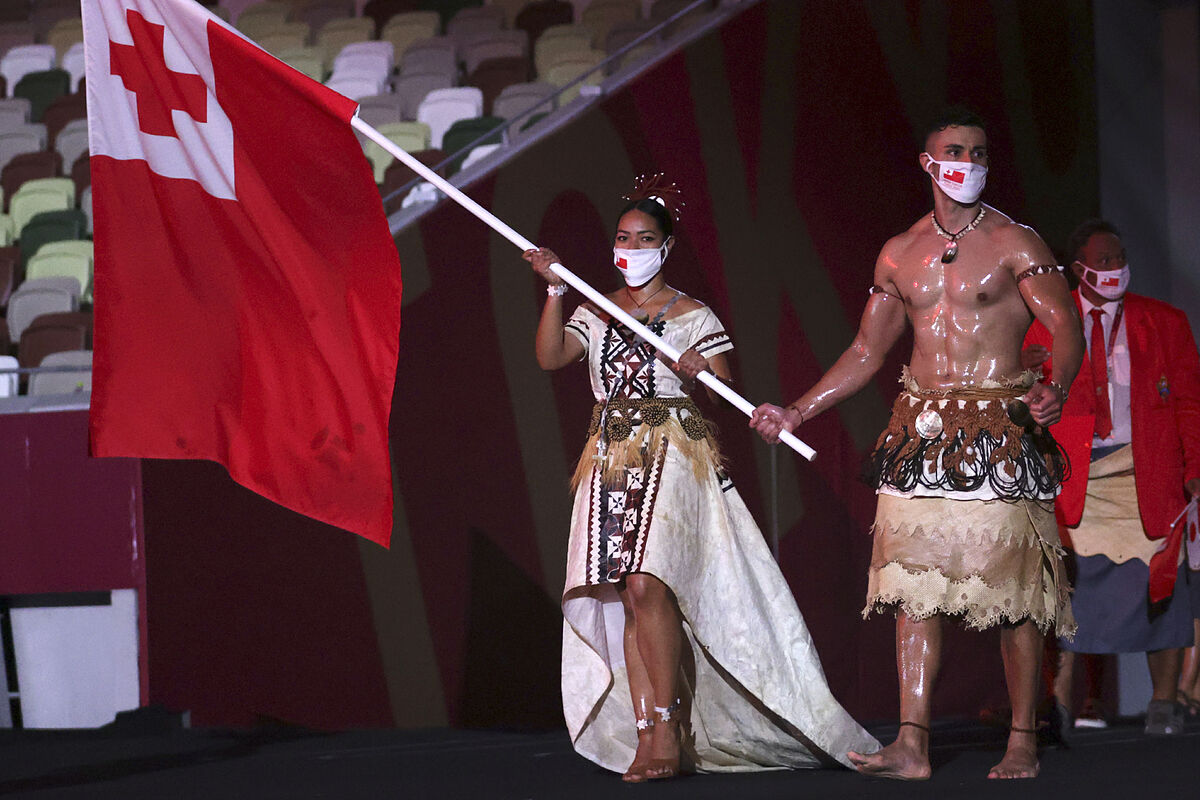 Before the Rio 2016 Games even began, at the inauguration, Tonga's flag bearer,

, revolutionized the ceremony with her traditional skirt called ta'ovala, her shirtless torso and lots and lots of body oil. "Surely the entry of a most impressive standard-bearer in history," published

and was not exaggerating. A few days later, Taufatofua, a taekwondo player, was eliminated in the first match in an instant (16-1 against), but by then he was already an icon. Or more updated, it was already viral.

Magazine covers, the publication of a book, contracts with sponsors and even a position as UNICEF ambassador came along with fame in networks and that he rejected more offers. Like a Hollywood movie about its history. They offered him to star in a

, that comic film about the presence of the Jamaican

"I said no because they were going to show me how I'm not. My goal was never to be famous and I try to remain as humble as possible. All of this has not changed me. I follow the lessons my family taught me since I was a child," he says Taufatofua back to a Games and an opening ceremony. This Friday he was again the standard-bearer of Tonga and has once again worn his recognized

, although this time he has paraded accompanied:

, a taekwondo player like him, achieved the classification and this time the oceanic country will have two representatives.

For Taufatofua it will be his third Games and that in Rio he was debutant.

How can it be?

Because between summer dates he did not sit still.

He switched to cross-country skiing and qualified for the 2018 PyeongChang Winter Games, where despite the cold he also paraded naked from the waist up.

Not so much for the result, since 114 out of 119 participants finished in the 15 kilometers, as for the experience.

In fact, there, seeing that everything is possible, he harbored an ambition: "To be the first athlete to compete in three different sports at the Games."

"I had competed in taekwondo and cross-country skiing and for Tokyo I tried to qualify in rowing, but it was impossible. I injured a rib in preparation and, when I was already recovered, I could not leave the country for the Pre-Olympic because of the covid . We must bear in mind that Tonga is one of the three countries in the world that has not had cases and traveling is difficult. In fact I have done my preparation for Tokyo in Australia ", he discovers in conversation with EL MUNDO, after getting the ticket in taekwondo and repeat experience.

It may not have the impact it had five years ago and you don't care.

Rather the complete opposite.

"My life changed, but I am still the son of a farmer and a nurse. They gave everything to make me an educated and trained person and I must honor that effort. Now I have no other goals than to take advantage of the platform they have given me. For whatever reason, to help my country and my people ", declares Taufatofua, who has not stopped working in this line. Among the campaigns in which he has collaborated, one to help homeless youth in his country through UNICEF and several against climate change.

Because for him and for Tonga, which contains 177 islands in the middle of the Pacific, global warming has immediate consequences and solutions are needed now. "My house in Tonga was washed away by a cyclone and it was not a one-off event. There are more and more cyclones in the Pacific and the inhabitants of the islands pay for it. Then there is the rise in sea level. When I was little, in the water never entered my parents' house and now many days it reaches the kitchen ", reveals Taufatofua before saying goodbye to his next two goals.

The first, next Tuesday, win a match at these Tokyo Games or at least get close.

And the second, later, try again to classify in another sport.

or if he will wait until the Paris 2024 to fulfill his dream in rowing.

What is clear is that in all the opening ceremonies in which the parade will become the protagonist and that the public may not remember his name, but his outfit.

Tokyo OlympicsInterview with standard bearer Saúl Craviotto: "When it's not in fashion, I'll keep my feet on the ground"