Why is Spain a world power in team sports?

That &amp; apos; I am Spanish, what do you want me to win &amp; apos; which was the proud motto of a country that around 2010 looked sportily at the world over its shoulder with ... 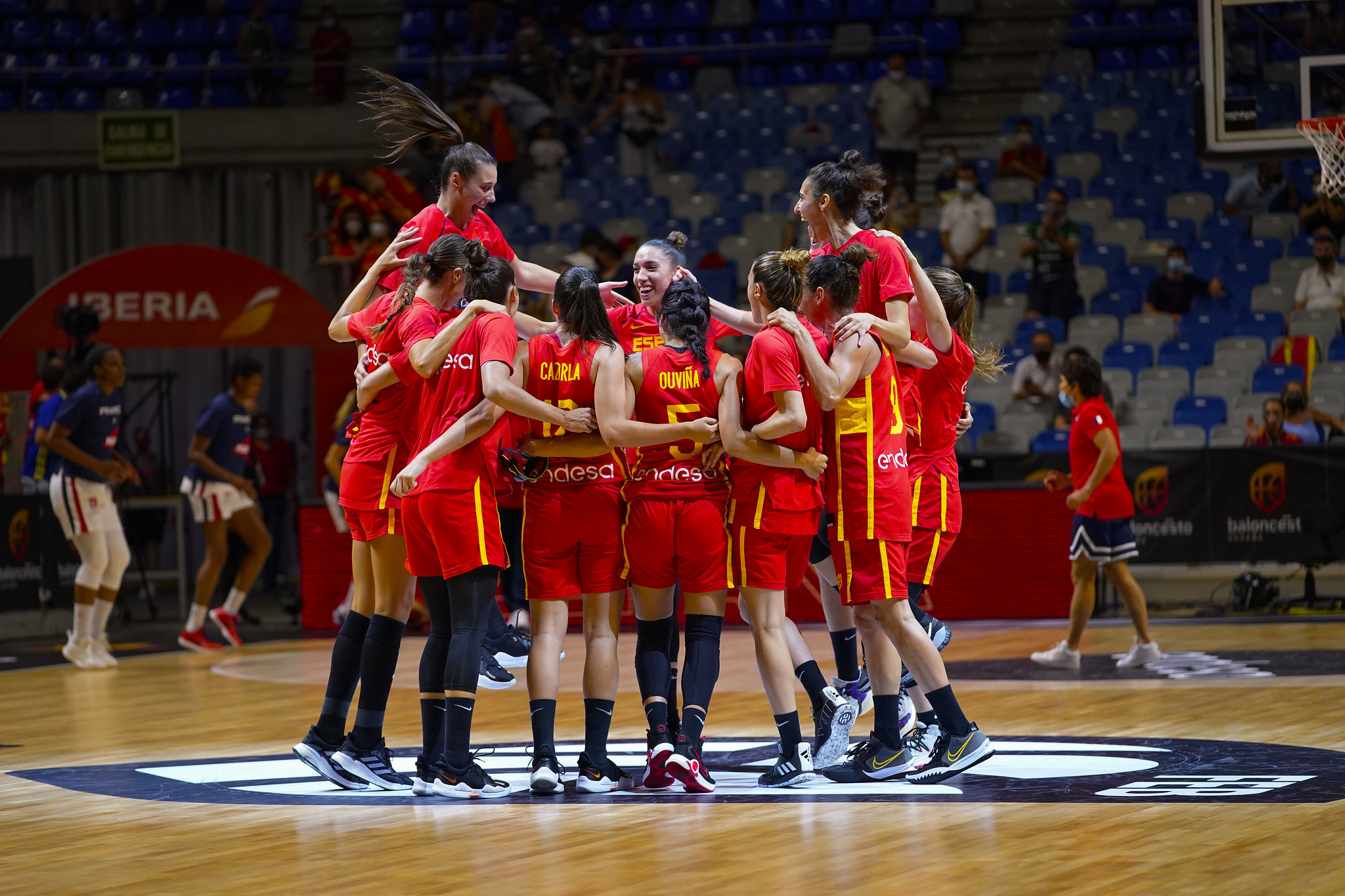 That 'I am Spanish, what do you want me to win' which was the proud motto of a country that around 2010 looked sportily at the world over its shoulder with the career successes of

, the football and basketball teams , motorcycling pilots and even cyclists, today has its extension. That unimaginable power no longer survives, but the validity of something in which Spain is unique remains. Not that we are unbeatable together, but when it comes to competing as a team, we are the world's elite. The striking paradox of a society polarized in so many other aspects.

Spanish team sports are already swarming in Tokyo. "Except for Japan (host), as in London and Rio, we are among the three countries with the most teams classified. But the others are the United States and Australia, with the incomparable difficulty of qualifying in Europe. The second European country with France is more teams, with six. We must give it an extraordinary value ", highlights

, who highlights" enthusiasm, desire, commitment and talent "as signs of group identity.

As the president of the COE points out, in addition to Japan, only Australia and the US, with 10 and 11 respectively, surpass us.

As in Rio 2016 five years ago, which was the other top except, of course, for Barcelona 92. And it is not just being there.

Both in basketball, handball, water polo and hockey, where Spain appears both in women and men, as the

can be considered among the bunch of favorites for medals, each with its own circumstances.

That is, not a single one of them is a comparsa.

To put in perspective, only both teams of rugby 7, one of the great 'dramas' of the qualifiers of this cycle, have lost their place from Rio (they were recovered, to compensate, by men's handball and soccer). Neither will the rojigualda wave in volleyball, neither they nor they. A specialty where, despite the number of licenses (it is one of the most practiced sports in Spain, with more than 90,000 federated in 2020), there is hardly any national Olympic pedigree. The other absent is women's football, unprecedented in Spain since it entered the Olympic program in Atlanta 1996. Despite playing the 2019 World Cup, the defeat in the second round prevented

obtaining a continental ticket that went to Great Britain, the Netherlands and Sweden.

The excellent tradition of Spanish clubs is one of the great explanations for this phenomenon. But nothing would be sustained without a spirit of solidarity that contradicts so many tensions in other areas of Spanish society. Even in individual sports where the collective factor can come into play, Spain boasted what no one else did. In cycling, the five will look for

. In triathlon, no one doubts that as the test unfolds,

, or vice versa. And so many other examples.

We would have to start with the baskets, an unprecedented double in 2016. Bronze them to chain three in a row (silver in Beijing and London), to which to join that second place with the scent of the legend of Los Angeles 84. Silver them in the fullness of the era by

, where they conquered the moon: since 2013, seven consecutive medals, including three continental golds or one world silver, in addition to the Olympic one. Spanish basketball will be in Tokyo, for the fifth time, one of the only six countries with double representation (with the USA, Australia, France, Nigeria and Japan), the fifth time that men and women coincide.

Handball goes to Japan with an air of revenge. Those of

, who replaced Manolo Cadenas after the historical absence in Rio, boast of the last two continental golds (2018 and 2020) and the recent world bronze in Egypt in January. The Guerreras still remember the cruelty of their goodbye in Rio, losing a seven-goal lead in the closing minutes of the match against France. They came from that bronze in London. Then, in December 2019, they touched glory when they controversially lost the World Cup final against the Netherlands. Although in the European past things did not go so well.

Since 1956 in Melbourne the men's hockey team has not missed its appointment with the Games, where it won four medals, three silver and one bronze.

And the female, gold in Barcelona 92, only absent in 2012. Also pure tradition is the national water polo, with 18 participations (only surpassed by Hungary and Italy) and two medals.

They, who entered the Olympic program in Sydney 2000, burst into London with an unforgettable silver, in the run-up to the next World Cup.

They come with the gold of the 2020 European as collateral.

And finally football, so strange at the Games.

Spain, which was not in Rio, looks with optimism to a tournament that left him many joys (the gold of Barcelona 92, the silver of Antwerp 1920 and Sydney 2000) and also tears, like that of London 2012.

Those of Sergio Scariolo, world champions in 2019, start in all the pools of favorites, despite the tough initial group with Japan, Argentina and Luka Doncic's Slovenia.

A special tournament for the survival of the classics of the last era -Mirotic's was the only notable resignation-, the presence of Pau Gasol in his fifth Games or the irruption of Usman Garuba.

The preparation left excellent sensations and good news: Juancho Hernángomez, a basic piece, could finally be there despite the shoulder injury that seemed to push him away.

The USA Team led by Kevin Durant -despite the doubts in the preparation-, Australia and France seem the great rivals, to avoid in the quarterfinal crossing.

Despite the mole in the recent Eurobasket - eliminated in the quarterfinals and without a place for the next World Cup - the team has recovered its strength and enthusiasm, especially with the return of Alba Torrens and Tamara Abalde, who missed the Valencia appointment last hour for his contagion of coronavirus.

They will face a difficult group with Korea, Serbia and Canada.

In search of Spain for its fourth Olympic medal after the bronzes of 1996, 2000 and 2008. With an arduous road to start - Norway, France, Germany, Brazil and Argentina as group rivals - and a farewell aroma of a historical generation.

Those of Carlos Viver are planted in the Games as current runners-up in the world, precisely in Tokyo.

Around the solvency of veteran Silvia Navarro, a solid group, reinforced by Shandy Barbosa, recovered in time from the serious knee injury she suffered in November.

And with the trip in extremis of Captain Carmen Martín after overcoming the covid.

This Thursday, Luis de la Fuente's team kicks off, a team with such powerful names that they aspire to everything in Tokyo.

With the good background of the last European Championship, in which six Olympians participated (Pedri, Unai Simón, Pau Torres, Eric García, Oyarzabal and Dani Olmo), and with the hunger for such powerful names as Asensio, Ceballos, Carlos Soler .. .

He comes to Tokyo wanting to fire coach Fred Soyez as he deserves.

It will be the final point to a stage that began in 2014. It will give way to the Argentine Max Caldas.

In the European of the month of June they could not overcome the group stage.

That is the objective now in the Games, waiting for a great day in the quarterfinal crossing.

The women's team has taken a leap in quality under the leadership of Adrian Lock, who has provided a new working methodology since 2013 and has formed a block supported by many young players.

Just over a month ago, the Red Stick obtained a valuable fourth place at the European Championship in Amsterdam.

They are seventh in the world rankings.

Those of David Martín, current world runners-up, arrive strong at the Olympic event after their latest successes and wanting to hang a third Olympic medal.

With the new face of the nationalized Martín Famera and the power of a block in which the veterans López Pinedo and Felipe Perrone stand out.

It starts against two 'coconuts', Serbia and Croatia.

Miki Oca's are aspiring to everything in Tokyo.

To its power, a mixture of veterans and vigorous young women, the system itself, with just 10 teams, joins.

And protagonists to dream, from the goalkeeper Laura Ester, to the sisters Anna and Clara Espar, the buoys Maica García and Paula Leitón and the experience and the goal of Pili Peña, Bea Ortiz or Roser Tarragó.

Tokyo 2020Alejandro Blanco: "Not holding the Games in Tokyo would have been the ruin for the sport"

BasketballInterview with Usman Garuba: "I want to give back to my parents all their sacrifice by leaving Africa"