On June 22, local time, Tokyo, Japan, Japan’s New National Stadium, this is the main venue of the 2020 Tokyo Olympics. Image source: Visual China   Chinanews client, Beijing, July 22 (Xingchen Liu) On July 23, Beijing time, the Tokyo Olympic Games, which was postponed for one year, will be unveiled. Due to the sudden epidemic, this Olympic Games has become the most special in history. This also a 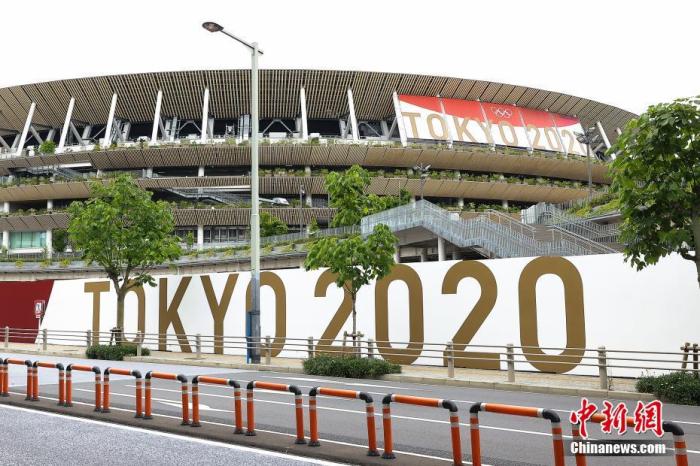 On June 22, local time, Tokyo, Japan, Japan’s New National Stadium, this is the main venue of the 2020 Tokyo Olympics.

Chinanews client, Beijing, July 22 (Xingchen Liu) On July 23, Beijing time, the Tokyo Olympic Games, which was postponed for one year, will be unveiled. Due to the sudden epidemic, this Olympic Games has become the most special in history. This also adds a bit of mystery to the event.

Do you know all the cold knowledge about the Tokyo Olympics?

Knowledge point 1: Why is it still called the 2020 Tokyo Olympics?

Speaking of the Tokyo Olympics, will netizens have this question: 2021 is already over half of the time, why is it called the "2020 Tokyo Olympics"?

In fact, as early as March last year, this question had an answer.

In the face of the raging virus in early 2020, in order to protect the safety of athletes to the greatest extent, on March 24, 2020, former Japanese Prime Minister Shinzo Abe and IOC President Bach reached a consensus: given the impact of the epidemic, the latest is the summer of 2021. Host the Tokyo Olympics.

On June 3, local time, the 50-day countdown commemorative ceremony of the Tokyo Olympic Games was held at the Ariake Stadium in Tokyo.

The picture shows the Olympic medals.

The prevention and control of the epidemic has undoubtedly become the top priority of the Tokyo Olympics, which has also led to the birth of many special rules.

For example, as a symbol of honor, the medal awarding session is a wonderful moment in the athlete's career, but in Tokyo, this scene will not happen.

The President of the International Olympic Committee Bach revealed a few days ago that the medal winners of the Tokyo Olympic Games will wear their medals.

In addition, according to the Olympic Epidemic Prevention Manual, if a participating athlete is infected with the new crown pneumonia during the competition, the result will not be cancelled, but the corresponding guaranteed result.

In addition, athletes who have become close contacts will be allowed to enter the game if they test negative 6 hours before the start of the game.

The beds, tables, wardrobes and other furniture used in the Tokyo Olympic Village and Paralympic Village were unveiled. The legs of the bed were made of cardboard.

are made of cardboard, can you believe it?

In January 2020, the Tokyo Olympic Organizing Committee displayed the beds in the Olympic Village.

The main parts including the headboard and the bed frame are made of paper shells, and the title of "cardboard bed" was born.

Athletes who recently stayed in the Olympic Village experienced it. An Irish gymnast faced the camera and jumped a few times on the bed. He verified with his own body that the quality of the bed was no problem.

In addition, almost all the bedding in the house is made of recycled materials.

According to the "Olympic e-waste" recycling program, the gold, silver and bronze used to cast the Tokyo Olympic medals are extracted from it.

The Olympic medals are made of second-hand electrical appliances as raw materials, and 32 kilograms of gold, 3.5 tons of silver, and 2.2 tons of copper are extracted from nearly 80,000 tons of small household appliances and 6.21 million old mobile phones.

The podium used in the Tokyo Olympic and Paralympic Games award ceremonies is made of discarded detergent bottles and recycled plastic from marine plastic waste.

The picture shows the Chinese team taking the stage to accept the award.

Does the Chinese delegation have a "hidden" Olympic champion?

The total number of Chinese sports delegations is 777, including 431 athletes. The average age of the athletes is 25.4 years.

The youngest is Quan Hongchan of the diving team, who is only 14 years old; the oldest is Li Zhenqiang of the equestrian team, 52 years old, and the age difference between the two is 38 years old.

In addition, Li Zhenqiang's son Li Yaofeng will also participate in the equestrian events of the Tokyo Olympics. This is the first time in the history of the Chinese delegation that a father and son compete in the Olympics.

The Chinese delegation is led by 24 Olympic champions, including Cao Yuan, Zhao Shuai, Zhu Ting, Zhong Tianshi, Ma Long, Chen Long, etc., but one of the "hidden" champions is Xu Anqi, a member of the Chinese Women's Epee Team.

At the London Olympics, she won the first gold medal in the fencing team event on behalf of the Chinese team, and this time, she went out as a P card (substitute player).

Data map: Chinese player Ma Long is in the game.

Why don't you let the ball be blown in the table tennis game?

As the most special Olympic Games, the Tokyo Olympics has also undergone changes in the competition system and rules compared to the past, including table tennis and weightlifting, which are the dominant events of the Chinese delegation.

In the table tennis team event, the doubles match was advanced to the first set, and the remaining four sets were still singles matches. The team that won the first three sets wins.

In addition, due to the prevention and control of the epidemic, athletes will not be allowed to touch the table or blow the ball during the Tokyo Olympics table tennis competition.

In terms of weightlifting, the International Lifting Federation revised the Tokyo Olympic weightlifting rules in July 2019, and each delegation can only send one representative to compete.

Which of these veteran names is better than Lei Guaner?

Due to the impact of the new crown pneumonia epidemic, the preparation cycle for the Tokyo Olympics has passed 5 years. This is a big test for the competitive status of the veteran players. Looking at the Tokyo Olympics, I think you must have heard the names of these veterans——

In the female gymnastics vault final of the Jakarta Asian Games, Uzbekistan's Oksana Chusovkina won a silver medal with 14.287 points.

A few days ago, Uzbekistan confirmed that the 46-year-old gymnast Chusovitina will serve as the standard bearer of the opening ceremony.

The sports "evergreen tree" will also usher in the eighth Olympic journey.

In fact, as early as the 1996 Atlanta Olympics, Chusovikina announced her retirement, but her son Alyosha was suddenly diagnosed with congenital leukemia, so she had to return to the game to raise high medical expenses for her son.

And when her son returned to health, Chusovkina still chose to stick to her beloved cause.

In addition, there is no shortage of veterans in the table tennis. Luxembourg athlete Ni Xialian and Singaporean Feng Tianwei are typical representatives.

As a former member of the Chinese women's table tennis team, Ni Xialian continued her table tennis career after she settled in Luxembourg. At the age of 58, she will set foot on the Olympics for the 5th time and become the oldest player in the Tokyo Olympics.

The 34-year-old veteran Feng Tianwei will also continue to represent the Singapore women's team in the Tokyo Olympics.

At the Tokyo Olympic Games, there are also familiar figures in the posts of referees.

"Diving Queen" Guo Jingjing, who won 4 gold and 2 silver for the Chinese diving team, will serve as a diving judge as a representative of the FINA.

In addition, the Olympic "Hardware King" Chen Ruolin will also go to Japan to serve as a referee in the diving competition of the Tokyo Olympics.

In the football project, Chinese referee Fu Ming will act as a video assistant referee to participate in the law enforcement of the Tokyo Olympics football game. He has also become the only referee who has obtained the qualification of the current Olympic football competition among the registered international referees of the Chinese Football Association. .

Data map: Hand sanitizer and anti-epidemic signs placed in the restaurant of the Olympic Village.

Is it really a joke to bring your own dry food to the competition?

Due to the radioactive contamination of the Fukushima nuclear power plant caused by the earthquake in Japan before, the "Fukushima food" provided in the Olympic Village this time made several delegations worried.

Indeed, this Olympics is destined to be the most special in the history of the Olympics. The birth of many cold knowledge also makes us have more expectations for the Olympics.

I would also like to wish the Tokyo Olympics a successful conclusion and the Chinese delegation to achieve another success in the competition.