The five-year agreement, the Tokyo Olympics kicks off today! Five highlights are worth paying attention to

Data map: Tokyo, Japan, the emblem of the 2020 Tokyo Olympic Games taken 30 days before the opening ceremony.   Chinanews client, Beijing, July 23 (Xingchen Liu) There is no doubt that the Tokyo Olympics will become the most special in recent years. From the five-year war preparation cycle to the birth of many new regulations under the epidemic prevention and control, this is all proved. Tonight, 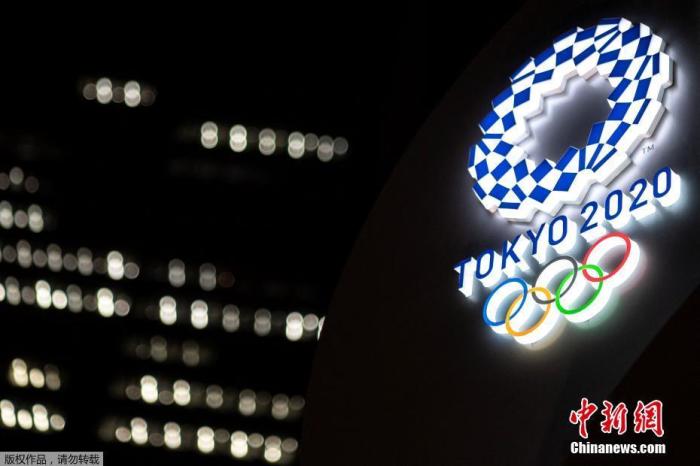 Chinanews client, Beijing, July 23 (Xingchen Liu) There is no doubt that the Tokyo Olympics will become the most special in recent years.

From the five-year war preparation cycle to the birth of many new regulations under the epidemic prevention and control, this is all proved.

Tonight, this high-profile event is finally about to unveil the mystery.

The Tokyo Olympics will be held from July 23 to August 8, lasting 17 days.

After 5 new events including skateboarding, surfing, and karate were added, the Tokyo Olympics had 33 major events and 339 gold medals were finally produced.

Due to the relatively long game process, events including football and softball have already started before the opening ceremony.

Data map: The 2020 Tokyo Olympic mascot was announced in Tokyo, Japan. The futuristic robot mascot with the Olympic emblem pattern won the highest number of votes.

Aspect 1: The opening ceremony is worth looking forward to

At 19:00 Beijing time tonight, the opening ceremony will be held at the New National Arena in Tokyo.

According to the latest edition of the Olympic Epidemic Prevention Manual, the delegation queues must maintain a 2-meter spacing between them, so the overall time is expected to be extended by 30 minutes.

As the Guinea delegation announced its withdrawal on July 22, the Chinese delegation, which was originally ranked 111th, will also change its appearance order at the opening ceremony.

So at the opening ceremony of this year, what are the highlights to look forward to?

On March 8, 2021, the International Olympic Committee and the Tokyo Olympic Organizing Committee issued a joint statement to encourage delegations to send two athletes, one man and one woman, to serve as flag bearers for the Olympic and Paralympic Games.

Data map: Japan's new national stadium, which is the main venue of the 2020 Tokyo Olympics.

Due to the epidemic, there will be no audience at the opening ceremony.

Regarding this, the Olympic Organizing Committee stated that although the venue is empty, the fireworks show and athletes entering the stadium can still be seen, and the cheers of the audience will also be heard on site.

At the Tokyo Olympics, in order to emphasize the importance of unity, tolerance, non-discrimination and equality, the Olympic oath was greatly revised, or the content of “gender equality” will be added for the first time.

At the opening ceremony, the number of oaths increased from 3 to 6, including 2 athletes, 2 coaches and 2 referees.

Aspect 2: The Chinese Army is ready to go

The average age of the athletes is 25.4 years old. The youngest is Quan Hongchan of the diving team, who is only 14 years old; the oldest is the equestrian team Li Zhenqiang, 52 years old, and the age difference between the two is 38 years old.

Among the 431 athletes participating in the Tokyo Olympics, 24 Olympic champions including Cao Yuan, Zhao Shuai, Zhu Ting, Zhong Tianshi, Ma Long, and Chen Long will lead the team. They will once again attack the gold medal in their respective events.

The Chinese team has certain group advantages in events including table tennis, diving, weightlifting, shooting, badminton, and gymnastics, and has the hope of hitting the gold medal in a number of potential advantages.

On July 21st, athletes from the Chinese shooting team are training before the game at the Tokyo Olympic Shooting Hall, Japan.

The first gold medal of this Tokyo Olympics will be born in the women's 10m air rifle final at 10:45 on July 24, local time.

The two athletes of the Chinese delegation, Yang Qian and Wang Luyao, will make an impact on the first prize in this event.

As two rising stars, the two have outstanding strength.

At this Tokyo Olympics, 339 gold medals will be produced in 46 major events. So which events will produce the most gold medals?

According to the schedule and results of the official website of the Tokyo Olympic Games, the number of gold medals produced by track and field, swimming, wrestling, judo, and shooting ranks in the top five.

Among them, track and field events ranked first with 48 gold medals. Chinese players Su Bingtian, Gong Lijiao, Liu Hong and others will play.

The second place is swimming, with a total of 35 gold medals. The first gold will be born on July 25, local time. Zhang Yufei is expected to win the gold for the Chinese delegation in the women's butterfly event; wrestling is third with 21 gold medals. Position; while shooting and judo will each produce 15 gold medals.

Aspect 4: Who will be the top three on the medal list?

As a special Olympics, the post-production preparations for the Tokyo Olympics were carried out in the context of the new crown epidemic. With the large-scale cancellation of international events and the inability of athletes to prepare as planned, the prospects for the medal list are even more confusing.

At the 100-day countdown to the opening of the Olympic Games, the well-known data company Gracenote released its prediction of the Olympic medal standings.

In the last medal prediction list released yesterday, the top three are still occupied by the United States, China, and Japan.

As a traditional sports power, the U.S. delegation announced the 613 list earlier this time. This scale of participation is second only to the 1996 Atlanta Olympic Games where the U.S. played at home.

In addition to continuing to be strong in track and field, swimming and other events, the United States also has good strength in gymnastics and cycling.

On July 21, local time, athletes from all over the world conducted field adaptation training at the Ariake Gymnastics Stadium in Tokyo.

The picture shows a Chinese player wearing a mask after finishing training.

The Chinese delegation still has considerable dominance in diving, weightlifting, table tennis, badminton and other sports. Gymnastics and shooting are also expected to regain their glory after the Rio Olympics.

As the host, Japan has also formed the largest Olympic delegation in history by 582 athletes.

It is reported that the Japanese team plans to win 30 gold medals at home, thus surpassing the best Olympic record of 16 gold medals before.

But before the Japanese Olympic Committee Chairman Yasushita Yamashita mentioned the goal that under the epidemic, it is difficult to understand the meaning of the Olympic medal goal, and pointed out that the Japanese delegation will not stick to the "30 gold medals."

In the midsummer of 2016, at the Maracanã Stadium in Rio de Janeiro, "Tokyo 8 Minutes" was staged at the closing ceremony. Doraemon, Ozora Tsubasa, Mario and other images appeared on the show together. Japanese anime characters used "2020 "See you in Tokyo" sent an invitation to the whole world.

Data map: Posters of giant Olympic mascots are posted on the streets of Tokyo, Japan.

At the Tokyo Olympics, Japanese animation elements can be seen everywhere inside and outside the stadium.

In Japan’s super popular anime "Volleyball Boy", the two protagonists wore national team jerseys, and dreamed of the Olympic Games in the newly built Ariake Gymnasium. The designers also used the national flag as the basis and integrated Japanese characteristic animation elements. Designed different character images for multiple delegations; in addition, "pop culture" such as anime games that integrate contemporary Japanese culture is expected to appear at the opening ceremony.

Today, the gluttonous feast of sports that has been waiting for 5 years will kick off. The Tokyo Olympics, the notebook that is supposed to carry honor will be opened.