Japan strives for 30 gold, these athletes are the most concerned...

(Tokyo Olympics) Japan strives for 30 gold, these athletes are the most concerned...   China News Service, Tokyo, July 22 (Reporter Xing Chong and Zhu Chenxi) The Tokyo Olympics is about to open. The host Japan sent 582 athletes to participate in all 33 major events, which also set a record for the number of Japanese delegations participating in the Olympic Games. Japan has even set the goal of w 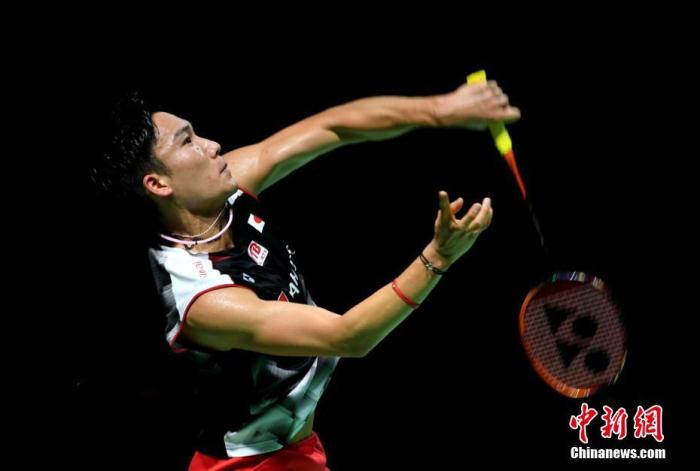 (Tokyo Olympics) Japan strives for 30 gold, these athletes are the most concerned...

China News Service, Tokyo, July 22 (Reporter Xing Chong and Zhu Chenxi) The Tokyo Olympics is about to open. The host Japan sent 582 athletes to participate in all 33 major events, which also set a record for the number of Japanese delegations participating in the Olympic Games.

Japan has even set the goal of winning 30 gold medals and entering the top three in the gold medal list.

The game is about to start, who is the most watched athlete in Japan?

Who will become the most stable gold spot in Japan?

Kento Momota: Return of the King, the sword points to the gold medal

During the Tokyo Olympic cycle, Kento Momota, who has absolute dominance in the men’s singles badminton arena, is none other than-in 2019, he won 11 international championships including the finals and the World Championships, surpassing Li Zongwei to become the most annual badminton championship in the history of badminton. Players.

The picture shows Kento Momota in the game.

At the Rio Olympics five years ago, Kento Momota, regarded as a rising star in badminton, was suspended for participating in gambling.

In January 2020, after winning the Malaysian Masters, Kento Momota suffered a car accident while heading to the airport and was subsequently diagnosed with a fractured right eye socket. His Olympic prospects were once clouded.

However, before going to Bangkok to participate in the Thailand Open in January this year, Kento Momota tested positive for nucleic acid at the airport and the Japanese team was absent from the event.

After experiencing car accidents and various blows from the confirmed new crown, Kento Momota can be described as "ill-fated".

Fortunately, Kento Momota has recovered and he will win the men's singles championship bluntly.

With the retirement of Li Zongwei, Lin Dan and other veterans, the defending champion Chen Long's state has declined, and Momota Kento has naturally become the biggest favorite for men's singles.

Zhang Benzhihe: In good condition, striving to win the championship

Japanese Chinese athlete Zhang Benchiwa is a super new star emerging in the world table tennis during the Tokyo Olympics cycle. In the 2018 ITTF finals, he defeated a group of Chinese national players and won the men's singles championship.

In the official competition, Zhang Benzhihe also defeated Fan Zhendong and Ma Long. He was the biggest opponent of the national table tennis in the men's singles event in the Tokyo Olympics.

The data picture is Zhang Benzhihe.

Although this is the first time that the 18-year-old Zhang Bentomo has participated in the Olympics, he is in good condition in Japanese media reports-"Zhang Bentomo’s forehand attack power has also been visually enhanced. Even in daily training, he will also send out from time to time. The roar seems to be yelling, "Hurry up and start the game." It can be seen that he is very motivated and can't wait for the first Olympic Games."

Zhang Benzhihe has repeatedly called out the goal of winning the Olympics.

Liu Guoliang, chairman of the Chinese Table Tennis Association, also said frankly that the overall strength of the Japanese team is very obvious, and it is not easy for the Chinese team to compete for gold at their home court.

Japanese men's gymnastics "all-around king" Uchimura Kohei will participate in the Olympics for the fourth time.

After winning the silver medal in the 2008 Beijing Olympics, the era of Uchimura Kohei came, and from then until the Rio Olympics in 2016, he had no opponents in individual all-around events during the World Championships and Olympics, and he has a very high reputation in Japan.

However, at the Tokyo Olympics, Japanese audiences missed the chance to see this local darling conquer the men's all-around.

A positive test report for the new crown last year almost failed his hopes of participating in the competition.

Then the plot reversed, and after another test, Uchimura was proved to be a "false positive".

In this year's Olympic trials, Uchimura won a thrilling victory in the horizontal bar event and caught the last Olympic train.

However, if Uchimura wants to make a perfect curtain call with a gold medal, he has to withstand the impact of young players.

Swimmer Chijiang Rikako is regarded as an inspirational symbol by Japanese people.

As of the end of 2018, she had won 16 gold medals in various international competitions, broke dozens of records at various levels, and was elected Japan's best swimmer of the year.

However, at the beginning of 2019, Chijiang Lihuazi was diagnosed with acute lymphocytic leukemia, and then announced the suspension of the game and concentrated on recuperating.

After being discharged from the hospital after more than 10 months of treatment at the end of 2019, Chijiang Rikako's original goal was to fight for Paris to return to the Olympic Games in 2024, but because of the postponement of the Olympic Games and the slow recovery of her body, she hopes to hit the Tokyo Olympics.

It is understood that in the Tokyo Olympics, Chijiang Rikako will focus on the relay race, or will participate in the 4×100m medley relay and other events.

Their performance is also watched...

Four-time Grand Slam winner Naomi Osaka is the number one favorite for the Tokyo Olympic tennis women's singles champion. She has been training in the United States before and she bluntly wants to win the championship in her hometown.

In the men's sprint event that has received the most attention, Yamaxian Ryota, who played in the men's 100 meters, bluntly stated that he would enter the finals, and the Japanese relay team even proposed a gold goal.

The Japanese women's volleyball team is also a strong force in the Asian volleyball arena.

Japan has won a maximum of 16 gold medals in a single Olympic Games before. If this Olympic Games wants to reach the 30 gold goal, these powerful players will be the hope.