The star fall in Olympic tennis was big even before the tournament was drawn. But when the game order was established, Sweden's only hope, Rebecca Peterson, got a relatively favorable opponent in the women's singles. 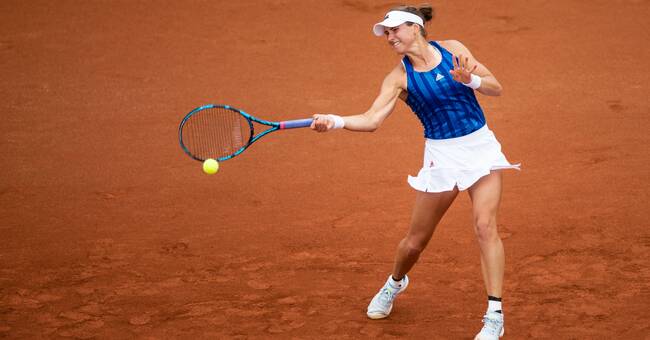 The 59-ranked Peterson is set in the first round against the Egyptian Mayar Sherif, ranked 118, and it is a face Peterson will recognize.

The two have never met in singles but played a match together in the women's doubles at the Nordea Open in Båstad as recently as two weeks ago, before Peterson had to throw in the towel due to a back injury.

If Peterson wins his match, the winner awaits between Australia's Samantha Stosur and Elena Rybakova, Kazakhstan, the latter being 15-seeded in the tournament.

The Swede plays in the same half as world setter Ashleigh Barty, who in the first round will face the Spaniard Sara Sorribe's Tormo.

Both the ladies' and men's tournaments lack several stars.

On the women's side, Serena Williams, Simona Halep, Bianca Andreescu and Angelique Kerber, among others, dropped out and this weekend, the American shooting star Coco Gauff had to cancel after a positive corona message.

Among the men, Roger Federer, Rafael Nadal, Dominic Thiem and Wimbledon finalist Matteo Berrettini are missing among many others.

But world setter Novak Djokovic is in Tokyo.

He will face 115-ranked Hugo Dellin, Bolivia, in the first round, and will only face high-ranked opposition in the form of a Russian Andrej Rublev in a possible quarter-final, if the world number seven gets there.

The tennis tournament starts on Saturday.