"The authorities are forced to react in a similar way": why the opening matches of the new RPL season will be held without spectators

Most of the matches of the first round of the new RPL season will be held with a minimum number of spectators in the stands. This decision was made by the regional departments of Rospotrebnadzor due to the deterioration of the epidemiological situation in the country. So, with a high degree of probability, no more than 500 people will attend all meetings in Moscow. The Spartak supporters' association Fratria issued a letter in response, criticizing the restrictions. And the Premier League complained that in connection with the coronavirus pandemic, "restrictions can change towards tightening quite quickly." 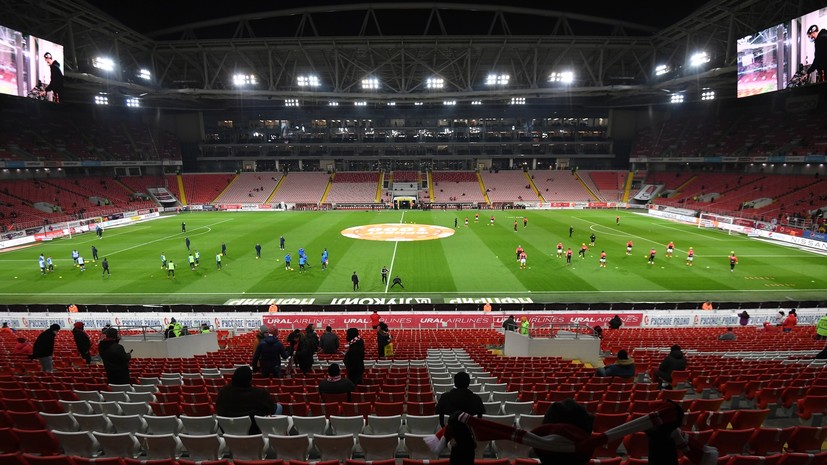 Serious attendance restrictions in the first rounds of the new RPL season became the main topic of Wednesday.

Just a couple of days before the start of the tournament, the fans did not fully understand whether they would be able to get to the stadiums and, if so, how many.

It was originally planned that the clubs will be able to freely let people who have been vaccinated against the coronavirus into the stands by the QR code.

In particular, the arenas of four metropolitan teams playing in the elite were included in the register of COVID-free zones: Spartak, CSKA, Dynamo and Lokomotiv.

Information about this appeared on the website of the Moscow Innovation Cluster.

However, as it turned out, inclusion in the list did not guarantee anything.

The "Championship", citing sources in the RFU and one of the capital's teams, said that more than 500 people are not planned to be admitted to the next games in the city, and a decision on QR codes has not yet been made.

The verdict sparked outrage among members of the Spartak fan association Fratria, which issued a harsh statement.

Fans of the red-and-white ones reminded that on a weekday a similar number of passengers gather in the subway car, but this does not bother anyone.

“We call for the removal of unreasonable and unnecessary restrictions and the return of the occupancy quota to 50% or more of the capacity of arenas.

As the spring period of the last championship showed, this did not lead to a worsening of the epidemiological situation in Moscow, ”the statement says.

The club confirmed that no more than 500 people will be able to attend Spartak's next home games at Otkritie Arena, although if the epidemiological situation improves, the quota may be increased.

“Over the past two months, FC Spartak-Moscow has consulted with the mayor's office and Rospotrebnadzor on the possibility of increasing the allowed number of spectators at home matches of the team, provided that all fans have QR codes,” the club explained.

Apparently, fans will not be allowed to enter VEB-Arena during the first round between CSKA and Ufa.

At the same time, the army team initially began selling tickets for the meeting, based on a capacity of 50%.

The match between Rubin and Spartak in Kazan can also be played without spectators.

According to "Sport-Express", the corresponding verdict was passed by the department of Rospotrebnadzor in the Republic of Tatarstan.

However, the Minister of Sports of the region Vladimir Leonov assured that there is no final decision yet.

In turn, the RPL stressed that the league is preparing for a new season in a "scheduled mode", and nothing threatens the start of the tournament.

However, they complained that the issue of attendance at the games is exclusively under the jurisdiction of the regional departments of Rospotrebnadzor.

“Restrictions can change towards tightening rather quickly and unexpectedly for the fans.

Unfortunately, this is the current situation - everything is developing dynamically, and the authorities are forced to react in this way, ”the RPL press attaché Dmitry Zelenov quoted R-Sport as saying.

At the same time, the situation in clubs develops in completely different ways.

Most fortunate were Rostov and Krasnodar, which are going, according to the previous rules, to fill their stadiums in the next home games by 50% of the total capacity.

Krylia Sovetov, who returned to the Premier League on Wednesday afternoon, announced their intention not to exceed the 30% bar in the first round match with Akhmat.

But after just a couple of hours, the club made a statement that the meeting would most likely take place in front of empty stands.

“The Rospotrebnadzor Administration for the Samara Region is against the match“ Wings of the Soviets ”-“ Akhmat ”with the participation of spectators.

The final verdict on admission will be adopted after the official decision of the relevant authorities.

Information will appear in the near future, "- says the site of Samara residents.

Another newcomer of the RPL Nizhny Novgorod plans to fill the arena during the confrontation with Sochi by at least 10%.

However, the club is also "waiting for the go-ahead" from the regional Rospotrebnadzor.

Khimki were much less fortunate, as only 500 to 1000 people will be able to attend their match with Zenit.

“Initially, we planned to make Arena Khimki free from COVID-19: we create a second cordon for admission to the stadium, we put stewards who check QR codes from fans.

Now we have sent a request, we are waiting for an answer, we will rely on their position.

If we are allowed to do this, then the occupancy rate of the stadium will be increased to 30% in order to maintain social distance.

If it does not work out, we will have to act within the framework of the calculation formula, which we were offered to use, "- quotes the" Championship "of the Minister of Physical Culture and Sports of the Moscow Region Roman Teryushkov.

Finally, Ural will be left without the support of fans at all. Yekaterinburg residents have suspended ticket sales for the upcoming home games with Krasnodar and Nizhny Novgorod. And in Lokomotiv they said that they are consulting with representatives of supervisory authorities about the attendance of the match with Arsenal.