Giannis Antetokounmpo, the terror of the area that already challenges the greatest

In the summer of 2013, just days after being picked 15th in the draft, Giannis Antetokounmpo stepped onto the parquet at the Fiserv Forum in Milwaukee and looked ... 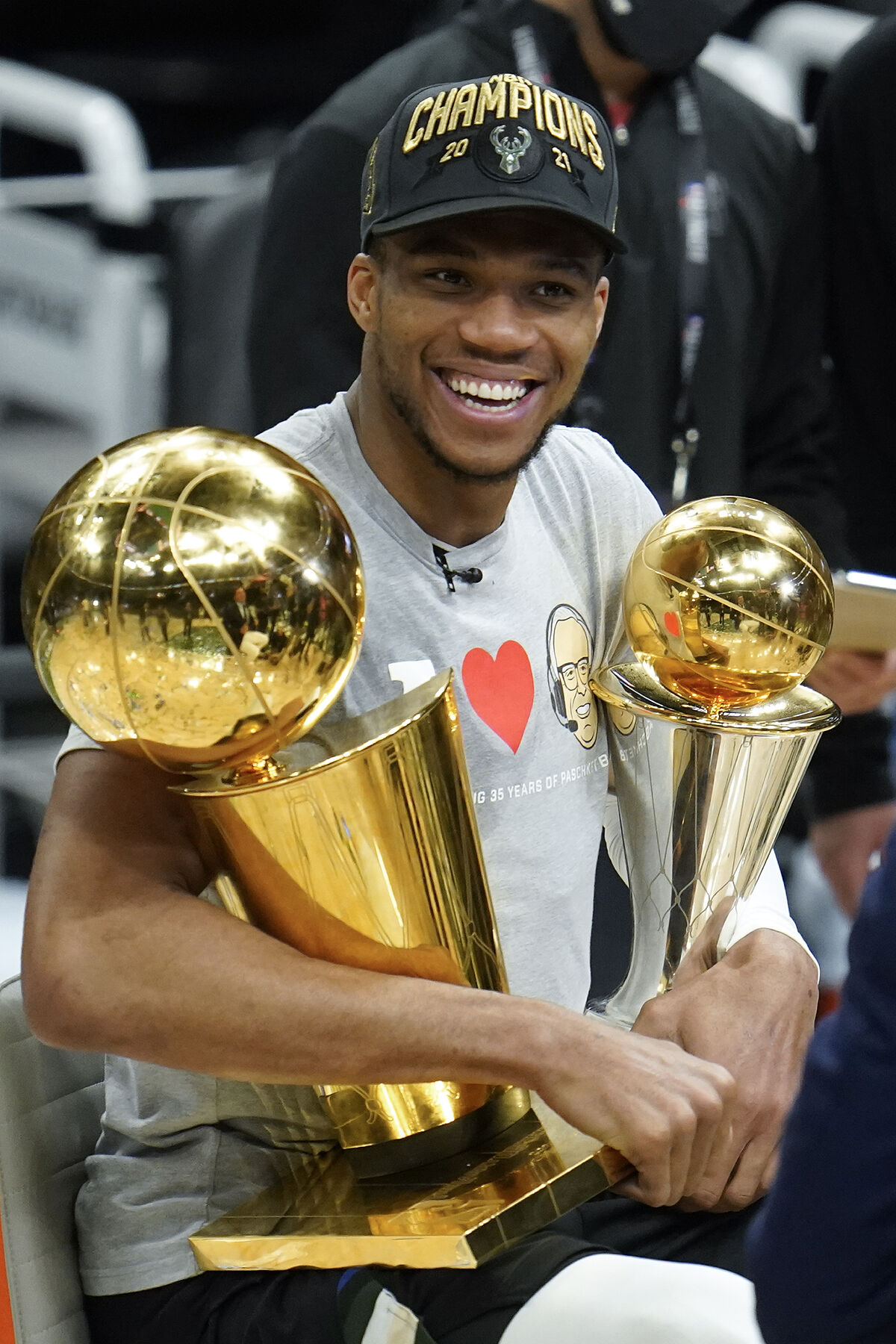 the parquet floor at the Fiserv Forum in Milwaukee and looked up at the ceiling where a handful of Bucks jerseys hung. His parents did not seem to understand very well what was happening, so he explained it himself with the boldness of his 18 years. "All those names are legends because their number was retired. Maybe they will retire my number, maybe in 15 or 20 years. Maybe he has my number up there next to

"Today, after conquering the ring, Antetokoumpo can already face those legends of the Milwaukee franchise. His performance in the six games against the Suns, with 35.2 points, 13.2 rebounds, 5.0 assists, 1.8 blocks, 1.2 steals and a 61.8% field goal percentage will forever be remembered as one of the greatest exhibits of the NBA Finals.

"This is an addictive feeling. I love playing the playoffs and the Finals. These are the moments I want to pursue. I want the team to

on this and I hope we can do it again,"

after the victory in the sixth game ( 105-98), the starting point of what some consider a new dynasty in the league. At the moment, at only 26 years old, the Greek is beginning to make a place for himself among the most dominant tall players in history. That elite which includes

Nothing seemed possible less than a month ago, when a hyper extension in his left knee, during the fourth game of the tie against Atlanta, severely jeopardized his future in the

However, just a week later, his presence in the starting five against Phoenix gave credence to that phrase of Jabbar in

"To see him on the track is to see not only what he is, but also what is possible."

Comparisons between Jabbar and Giannis have been common currency among Milwaukee fans, whose fervor in the stands ended an essential result in the comeback (4-2). The older ones remembered Jabbar's unstoppable throwing technique through the

, while the new generations vibrate with the way

, renouncing the outside shot, opens a hole in the zone, where no one can contain him anymore.

Half a century later,

has reissued the success of 1971, when the Bucks, authors of 66 wins in the regular season, swept the Baltimore Bullets, the last obstacle to the ring. After 4-0, Jabbar was awarded the Finals MVP (27.0 points, 18.5 rebounds and 2.8 assists). That alliance with Robertson is updated today with the one formed by Antetokoumpo and

. Without forgetting, of course, the contributions of

Yet Giannis's overwhelming superiority in the two zones is unmatched in recent decades.

In the 21st century, only O'Neal offered that sense of power under the boards.

Especially in the 2000 Finals against Indiana, when the Lakers center averaged 38.0 points, 16.7 rebounds and 2.7 blocks.

Now, Giannis not only takes that relief, but challenges

At 26, he can boast of a ring, two MVP awards, another from the Finals and another for best defender in the league.

At that same age, the Bulls guard had to settle for an MVP, a

and another for best defender.

James, for his part, sported two MVPs and the distinction for the best rookie.

His display on Tuesday - with an almost immaculate 17/19 from the free kick, the weakest flank of his repertoire - allows him to enter another select club. Until now, only

, whose first choice was Canadian

, cut two weeks ago by the Cangrejeros de Santurce, the traditional powerhouse of Puerto Rican basketball.

And it is also worth questioning the prognosis of Jabbar, who five weeks ago, after the fifth game against the Nets, was questioned about whether these Bucks had title options.

Perhaps because of the sting that arose that day,