David Alaba, the base of Ancelotti's project, a defender who knows how to do it all

One of the best defenders in Europe arrives, at zero cost, to fill the gap of one of the historical legends Real Madrid. David Alaba inherits number 4 from Sergio Ramos .... 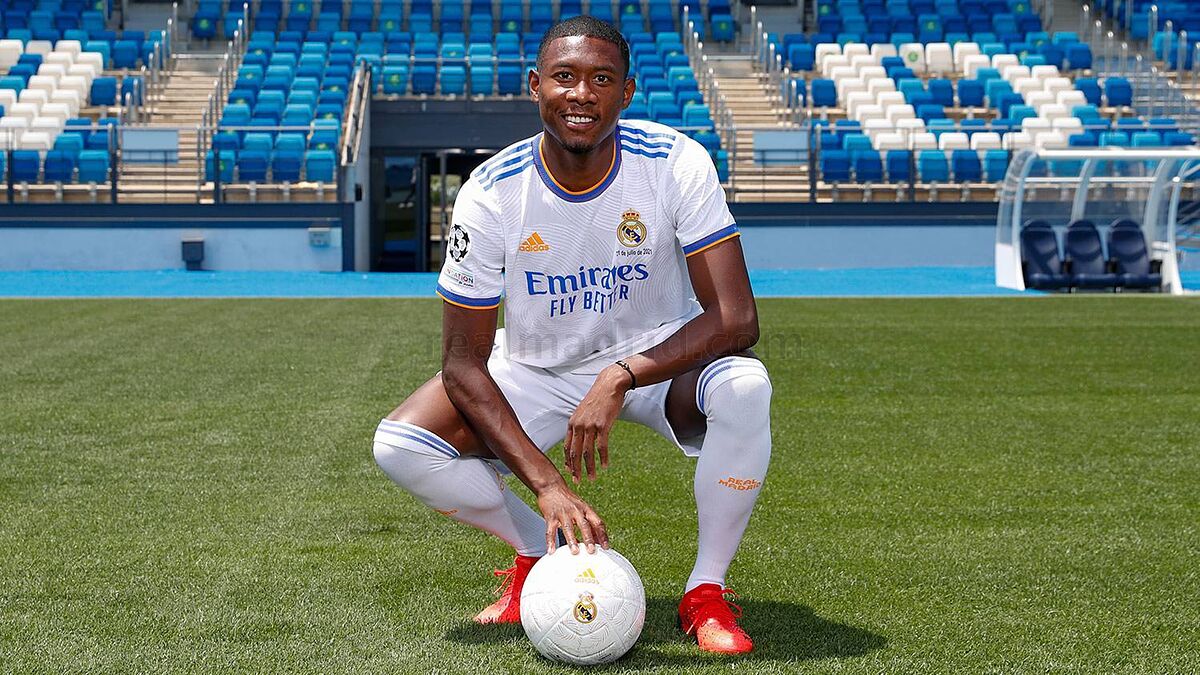 One of the best defenders in Europe arrives, at zero cost, to fill the gap of one of the historical legends Real Madrid.

. "We discussed it on Tuesday and they told me there was no other large number available. I know what the '4' means: it is an honor to wear it and it motivates me a lot because it represents strength and leadership," the Austrian explained yesterday during his presentation. At the age of 29, at the height of his career, Alaba has arguments to fill the immense void left by the captain. However, the short-term context, both sports and financial, will not allow a single slip.

Since Monday morning, when descending the jet ladder in Barajas, Alaba has been determined to show conclusive security in every gesture. "I have not come to compare myself with others. I am here to continue being me," he told reporters yesterday. Not satisfied, he appealed to the heraldry of the 13-time European champion: "If you play for Bayern and want to improve your sport, you only have one option." His words have the endorsement of the 28 titles celebrated with the Bavarian giant, including the 2013 and 2020 Champions League. Of course, the current panorama of Madrid is far from such pretensions. Unless

achieves the squaring of the circle with

While waiting for what happens until August 31,

must settle for Alaba, a highly valued piece on the market. The Italian, who already led him in Munich in 2016 and 2017, is well aware of his tactical versatility, which allows him to act as a left-back or as a left-handed central defender, either in a line of four defenders or in a scheme of three centrals. With these arguments, added to the desire of

to play next season with Manchester United, Alaba is emerging as the pillar of the new white defense.

At his side, Carletto can train with

, whose explosion last spring left half of Europe open-mouthed, and

, whose imposing physical display is weighed down by that worrying tibial periostitis that has dragged on since last May. In an emergency, the freshness of

can provide solutions in the left-handed lane. In any case, the payroll seems limited. And it conditions the choice of

, who will have to renounce that Alaba who shone so much at the Allianz as a midfielder or even as an interior. And the first to regret it, even if he will never admit it in public, will be the footballer himself.

The first had to do with money and it was dealt with by its representative,

as "a greedy piranha".

The second was related to the demands of the footballer, determined to complete his evolution as a total midfielder.

And it is that the precision of his left boot is not only limited to long balls or changes in orientation from left to right.

, Alaba performs with total ease in the other area of ​​the field and has a very powerful shot from long distance.

FútbolAlaba, with Ramos' '4', but with his own personality: "I have not come to compare myself with others"

FútbolHacienda seizes Ancelotti 1.4 million of his salary at Real Madrid