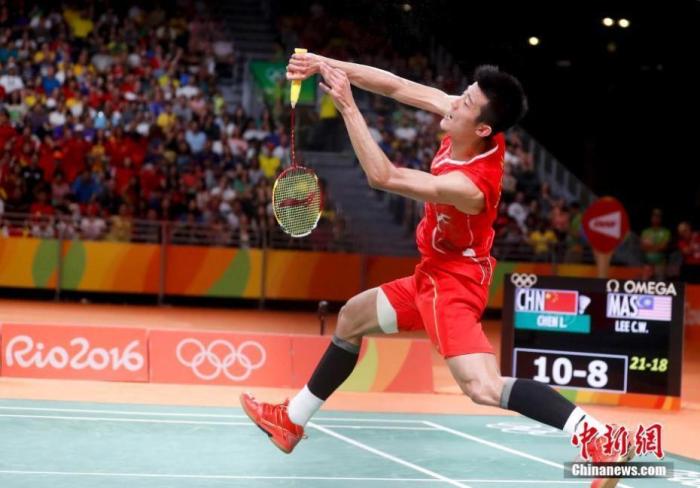 Badminton has always been the dominant event of the Chinese sports delegation. Guoyu is also the forerunner of the Chinese Army in the Olympic Games. There have been outstanding athletes such as Lin Dan, Zhang Jun and Gao Ling in the team.

However, compared with the previous Olympic lineup, this time the national feather roster is slightly inadequate in terms of experience. Only Chen Long has participated in the Olympics, and he is the only defending champion among the five events in the third Olympics.

The Tokyo Olympic Badminton Tournament consists of two parts: the group stage and the knockout stage.

Among the five gold medals, the mixed doubles is the single event that Guoyu holds the most. The two pairs of Chinese teams ranked the top two in Olympic points. They have excellent foreign war results in the Tokyo Olympic cycle and are a solid double insurance.

Men's doubles is the only single event in the national feathers that has not been fully qualified. There is only a pair of players going to Tokyo, and there are strong foreign players in this category. The top seed Gideon/Sukamuyo is even more powerful.

Li Junhui/Liu Yuchen’s team also has the host combination Takeshi Kamura/Keigo Sonoda, so every game must go all out.

In men's singles, the defending champion Chen Long entered the second half, avoiding the host player Kento Momota and the Danish star Anseron who are the most vocal to win the championship, but he may directly face the new All England champion Li Zijia after qualifying in the group.

Shi Yuqi entered the upper half, and his promotion road was destined to not be easy.

In women’s singles, Chen Yufei, ranked No. 1 in Olympic points, and teammate He Bingjiao entered the same half, avoiding Dai Ziying, Xin Du, and Akane Yamaguchi. Their biggest opponent in the semi-finals was No. 3 seed and Japanese star Okuhara. hope.

If nothing happens, they will help Guoyu secure a seat in the women's singles final.

The women’s doubles event may become the fiercest battlefield between the national feathers and the Japanese team. The two Japanese teams Yuki Fukushima/Ayaka Hirota, Maysuke Matsumoto/Kana Nagahara have the ability to win gold, and the Japan Badminton Association also treats them. Have high hopes.

Chen Qingchen/Jia Yifan, Du Yue/Li Yinhui each have a pair of South Korean teams, and they are also their biggest opponents for the first place in the group.

From an overall point of view, this time the Chinese badminton team has the ability to make gold in 5 individual events. Among them, the mixed doubles have the greatest hope of winning gold, the men's doubles is the most difficult to make gold, and the women's singles can basically secure a final seat. More depends on the on-the-spot performance of key games.

Zhang Jun, chairman of the Chinese Badminton Association and head coach of Guoyu doubles, said in an interview that the generals of Guoyu have not played in international competitions for more than a year, which has not been encountered in previous Olympic preparations.

"But I believe the players can overcome this difficulty. They train very hard and are very solid."

Zhang Jun said that the National Badminton Association will strive hard and strive for the championship at the Tokyo Olympics, which will satisfy everyone.