200 days countdown! How are the preparations for the Beijing Winter Olympics? 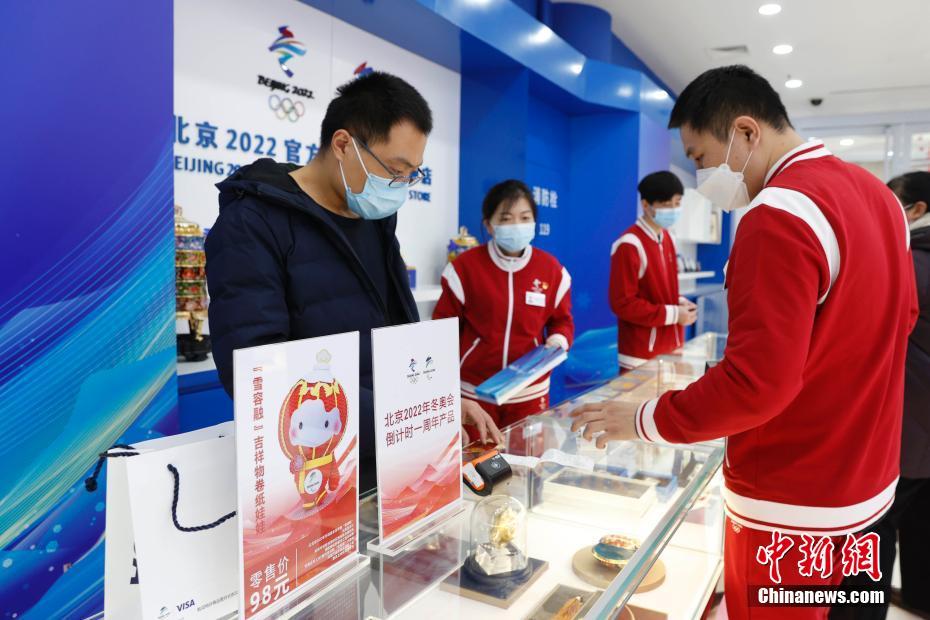 On July 31, 2015, at the 128th plenary meeting of the International Olympic Committee in Kuala Lumpur, Malaysia, Beijing and Zhangjiakou won the right to host the 2022 Winter Olympics.

For more than five years, the preparations for the Beijing Winter Olympics have been in full swing, and now they have entered the sprint stage.

Data map: In the flagship store of the official licensed merchandise in Beijing 2022, the staff is busy at the counter.

As part of the market development plan launched in February 2017, badges, handicrafts, clothing, outdoor products... more than 3,700 licensed products in 15 categories have been unveiled successively, and the retail of official licensed products in Beijing 2022, which will be spread across the country Shop together to sow the seeds of popularizing and participating in the Winter Olympics.

Together with the mission to race against time, there is also the golden name card and landmark of the capital—the Olympic venues.

At present, the Beijing Winter Olympics competition venues have been completed, and have passed the inspection and certification of the International Winter Individual Sports Organization, and have also accepted the test activities of this year's snow and ice events.

Data map: On April 8, the "Meet in Beijing" ice event test event figure skating competition was held at the Capital Gymnasium in Beijing.

Green, low-carbon, and sustainable are what these Olympic venues have in common.

It is also one of the first answer papers submitted by the Olympic legacy.

As one of the highlights of low-carbon venues, the Beijing Winter Olympics proposed for the first time that 100% of the conventional power consumption needs of all venues are met by green power renewable energy, and through the construction of green power supply projects and establishment of green power access mechanisms to ensure To achieve this goal.

The picture shows the citizens experiencing the ice cube main stadium after the renovation is completed.

At the same time, the four ice venues of the Beijing Winter Olympics use carbon dioxide refrigerant, which is one of the most environmentally friendly and sustainable refrigerants. It has the advantages of high energy saving, good stability, and uniform cooling.

At the beginning of preparations, the post-match use of the Olympic venues has been planned in advance.

After the splendid competition, Beijing Winter Olympic Village will be transformed into a talent apartment, providing housing guarantee for the capital's senior talents.

Yanqing Winter Olympic Village will be transformed into a hotel to meet the demand for high-quality vacations.

Zhangjiakou Winter Olympic Village will be mainly operated as a serviced apartment and wellness center.

Along with the preparations for the Winter Olympics, increasingly convenient transportation and other infrastructure are driving coordinated regional development.

Bringing more tangible or intangible Olympic heritage that can benefit the host city in the long term is the greater value of hosting an Olympic Games.

The Beijing-Zhangjiakou High-speed Railway, which was completed and opened to traffic in December 2019, greatly shortened the travel time of the three competition areas of the Beijing Winter Olympics. Since then, it only takes 20 minutes from Beijing Qinghe Station to Yanqing Station and 50 minutes to Zhangjiakou Taizicheng Station.

In addition to meeting the operation requirements of the event, this high-speed rail linking Beijing-Hebei will also drive and promote the exchange and development of the ice and snow, culture, tourism and other industries in Beijing and Zhangjiakou.

Data map: On March 24, as the main external transportation gateway for the core area of ​​the Winter Olympics in Prince City, Chongli District, Zhangjiakou City, the passenger transport hub of the Prince City High-speed Railway Station was officially opened.

The picture shows the overall view of the passenger terminal.

With the opening of the Beijing-Zhangjiakou high-speed railway, Chongli District, Zhangjiakou City, Hebei Province, where the Taizicheng Station is located, a small city with a population of only more than 100,000, has gained more sense of gain.

Li Li, executive deputy director of the Zhangjiakou Operations Center of the Beijing Winter Olympics Organizing Committee, previously stated that as of the end of 2019, 1 out of 5 people in Chongli District is engaged in ice and snow-related work, such as ski instructors and hotel service staff.

The Beijing Winter Olympics drove 300 million people to snow and ice in China, allowing ice and snow sports not only to "walk into" Shanhaiguan, but also to "walk" across the Qinling and Huaihe River to achieve national coverage.

According to statistics from the Winter Sports Center of the State Sports General Administration, as of the beginning of this year, the country has 654 standard ice rinks, an increase of 317% over 2015; there are 803 indoor and outdoor ski resorts, an increase of 41% over 2015.

China is gradually and fully fulfilling every promise in the process of bidding for the Winter Olympics, and dedicated to the world a wonderful, extraordinary and outstanding Winter Olympics.