Berg goal scorer in the comeback

Marcus Berg and Oscar Wendt back. Then Berg became the goal scorer when IFK Gothenburg defeated Mjällby 3-2. - It was nervous, says Marcus Berg in Discovery +. 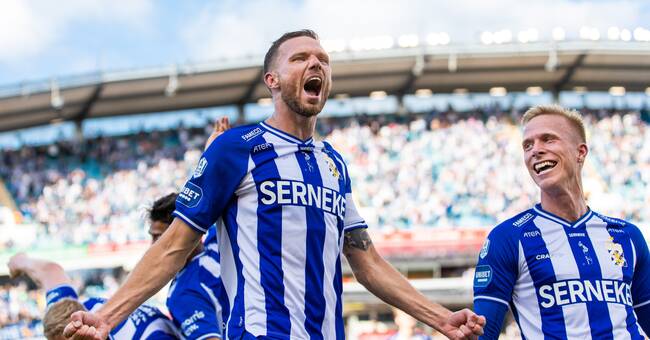 Sunday's Allsvenskan meeting between IFK Gothenburg and Mjällby was postponed due to a car accident, which delayed Mjällby's player bus.

Once the match started, half an hour after the planned kick-off time, it was the guests who opened the scoring.

Just over five minutes before half time, the home team equalized when Kolbeinn Sigthorsson nodded in 1-1.

Team captain Marcus Berg, who made his first match for Blåvitt since 2007, was not entirely happy with the team's effort at the setback goal.

- They get a free meal that we will not offer.

We have to be part of it, it's way too bad, the 34-year-old said during the break, and was pleased with his first 45 minutes in the comeback.

Nickade in 2-1 in the comeback

At the beginning of the second half, Ullevi exploded when Berg nodded in 2-1 after a fine collaboration with attacking colleague Sigthorsson.

But the wild joy of home became short-lived.

Shortly after Berg's goal, Sarr, who made three innings for Malmö during the spring season, became a two-goal scorer when he made it 2-2.

But it would be a successful comeback for Berg and Oscar Wendt.

In the 84th minute, Alexander Jallow, with his first Allsvenskan goal, secured a home victory.